A few years ago, an 8-year-old boy named Jonah arrived at my hospital in Itigi, Tanzania. As a toddler, Jonah’s right arm was horribly burned while his mother was cooking over an open fire, and the subsequent scarring left it frozen in a bent position – an injury known as a ‘burn scar contracture’. He and his father travelled four days, including two on foot, from their remote village in hopes of finding a doctor who could heal the boy’s arm and enable him to use it again. 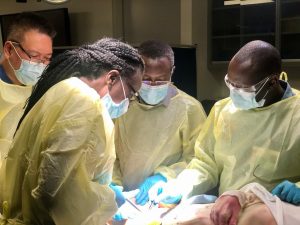 As the only general surgeon for a population of 300,000 rural residents, I had seen this type of injury many times before, and I knew it was a condition I was not equipped to treat. Congenital conditions like cleft palates, disfiguring injuries from motorbike accidents, reconstruction from cancer, and severe burns all require the skill of a reconstructive plastic surgeon. At the time, qualified surgeons for these specific procedures were scarce in Tanzania and stationed only in tertiary hospitals; none were in rural areas.

Fortunately, Jonah and his father had impeccable timing. Their arrival in Itigi coincided with a volunteer visit from ReSurge International, a U.S.-based nonprofit that regularly visits Tanzania and other low-income countries to train the next generation of local reconstructive surgical teams and provide surgical care. I worked together with Dr. Chris Conner, a ReSurge volunteer and reconstructive surgeon from Texas, to remove the scar tissue and release the boy’s arm. Thanks to the surgery we provided, Jonah can use his arm normally again, write at school, and will be able to, one day, provide for his family. Through the support of medical volunteers like Dr Conner, as well as generous contributions from corporate and individual donors, ReSurge provides children like Jonah with the transformative medical care they need and a chance to live the lives they deserve.

Globally, an estimated 18 million people die every year due to surgically treatable conditions and millions more suffer from preventable disabilities. The situation is dire, and Covid-19 has only made matters worse. The pandemic has added stress on surgical systems and led to millions of surgeries being cancelled or delayed, especially in low-income countries, which experience much higher rates of burns and traffic accidents than high-income countries. ReSurge estimates there is a worldwide shortfall of more than 5 million reconstructive surgical procedures annually. 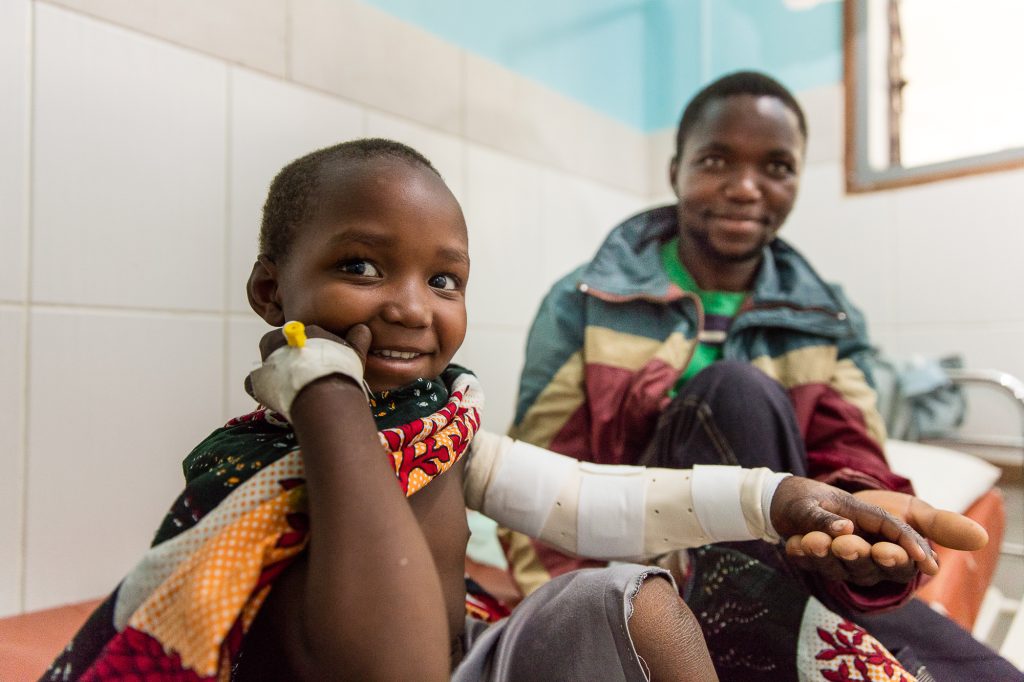 Philanthropy is essential to bringing this number down. Government agencies, including major players like USAID, rarely devote funding to global surgical care. And while infectious diseases receive 40 per cent of global health funding, non-communicable diseases – including injuries and congenital conditions requiring reconstructive surgery – receive a meagre 1.8 per cent.

Without government support, philanthropy has become the main source of funding for organizations working to provide surgical care in under-resourced countries, many of which rely on charitable organizations for an estimated 55 per cent of all surgical care. Donations from individuals, venture capitalists, corporations, and private and public institutions enable ReSurge, and organizations like it, to make a small dent in a very large problem.

Access to safe, timely, and affordable surgical care is a human right. It reduces the risk of individuals falling into extreme poverty. In resource-poor settings, injuries that are easily treatable in the U.S. prevent people from leading independent and productive lives. Children are often denied an education simply because they look different or have reduced function of their hands or limbs. Accident victims, many burn-related, endure a lifetime of suffering, disability, and stigma. This, combined with a dearth of plastic surgeons available to perform the needed surgeries, contributes to more than $80 billion a year in lost productivity (wages and skills) in low-income countries. Worse, it prevents many people from thriving.

For as long as I can remember, I wanted to be a doctor – an audacious dream, coming from a family where no one had graduated from college. When clinicians came to visit the rural village where I grew up, in the Tanga region of Tanzania, I was in awe of how intelligent they seemed in their crisp white lab coats. Daydreaming, I would write the title “Dr.” before my name as I doodled in my childhood notebooks. 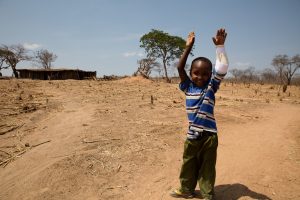 As I matured, so did my reasons for wanting to become a doctor. In my country, nearly 47 per cent of people live below the poverty line, and the health sector is severely underfunded. Over 67 per cent of the population lives in rural areas, and there aren’t enough qualified healthcare workers or resources to reach everyone in need. With the right training, I knew I could make a real impact on the lives of patients. Working with Dr Conner and ReSurge, and seeing patients like Jonah, has inspired me to pursue more medical training to become a certified reconstructive surgeon.

ReSurge is working to increase the availability of reconstructive surgery in Sub-Saharan Africa by providing training and financial support to qualified reconstructive surgeons who care for the poor. Seeing the need at my hospital, the nonprofit awarded me a one-year scholarship to receive additional specialty surgical training in Uganda, where I spent nine months working in the country’s largest burn unit last year.

Philanthropists have the opportunity to make a difference. I urge them to donate to organizations that go beyond surgical mission trips to teach doctors like myself how to provide specialized care. By offering resources and training to local surgeons, organizations like ReSurge are ensuring that underserved communities won’t need to rely on Western volunteers to provide piecemeal surgeries – we will have the capability to heal ourselves.

Dr Seif Nuru is a General Surgeon in Tanzania.

I wish one day your team may pay a visit at our village Mng'aro in Lushoto Tanga. Please welcome

Dr. Nuru, You’re dream, realized through such inspiring thought and hard work, is so inspiring. Clearly, gifted people such as you make giving to such a worthy organization as ReSurge International such a valid and necessary use of those donors’ resources. I hope your efforts continue to be felt far and wide for the people of Tanzania!