How Arab philanthropic organisations can catch-up on climate change

In the Arab region, among development actors who will be crucial frontline responders to the upcoming disasters and consequences of climate change that are only intensified by the catastrophic consequences of wars and conflict, are humanitarian relief and philanthropic organizations.

As the region grapples with key environmental challenges, mainly water scarcity (particularly pronounced in countries like Jordan), desertification, waste management, air and water pollution and high energy consumption (as in the GCC economies), this is compounded and exacerbated with the complex and chronic challenges of poverty, inequality, food insecurity, economic pressures, and a protracted refugee crisis. 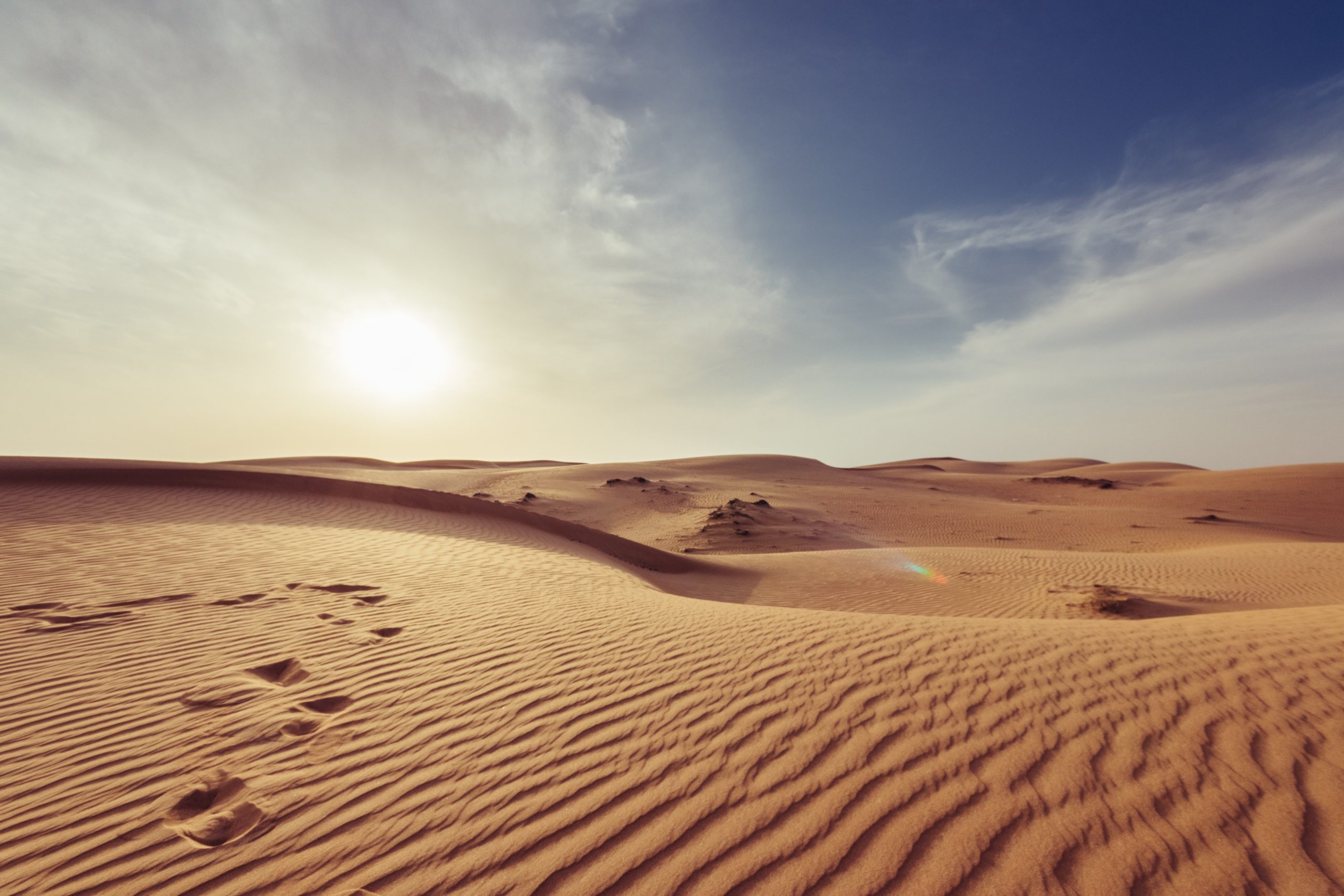 The Wahiba Sands desert in Oman, where it is not uncommon for summer temperatures to exceed 50C. The Arab region faces some of the hottest temperatures on earth. Photo credit: Unsplash

At the same time, the interlinkages between climate, livelihoods, poverty, food and development are still not widely acknowledged among philanthropies and humanitarian relief organizations. Confronting these challenges will require anticipatory responses, preventative and long-term thinking due to the sheer scale and different nature of the problem. For instance, dealing with the vast communities and societies threatened by migration and displacement due to climate change will likely be quite different from addressing victims of wars and economic crises. The migrations for environmental reasons are considered migrations of no return, in contrast to the migrations of traditional wars, which have a temporary character. Also, while climate change is a global challenge, the effect is felt most locally and disproportionately by the poor with disparities between communities, groups and individuals. For instance, refugees or communities in conflict zones are hurt most by the climate-conflict nexus with environmental damage being fuelled by war, as in the agricultural and water problems experienced in Al Basra in Iraq, and the destruction of agricultural infrastructure and displacement of farmers in Syria.

There is clearly a global dimension to the problem, as the drivers of climate change have been mainly instigated by the industrial revolution in developed countries. Despite the many benefits of the discovery of fossil fuel, at the same time, it has posed significant risks, notably the rise of global temperatures— an increase by 1.1 degrees according to last year’s United Nations report, with expectations to exceed two and three degrees by the end of this century. The six reports issued by the Intergovernmental Panel on Climate Change (IPCC)[1] more than a quarter of a century ago, warned of catastrophic scenarios that are already unfolding. Among the climatic disasters that are setting records every year, are the rise in temperature, change of patterns of precipitation and the so-called ‘climate extremes’, this phenomena is related to drought, heavy precipitation, tropical cyclones, etc. In our region, droughts and water scarcity are the most visible effects.

Though some of the visible effects are not news to the region’s policymakers and development stakeholders, the depth and intersectionality of the challenges are triggering concern and debate. If we just look at the health problems and deaths resulting from global warming this is expected to be one of the biggest humanitarian disasters. According to a study by the World Health Organization issued in 2018, the number of deaths caused by heat waves between 1998 and 2017 exceeded 166,000 people. The same study predicted that this number is expected to quadruple by 2030 – yet it has already doubled, eight years shy of the prediction. This doesn’t even account for the heat deaths that aren’t recorded; doing so would make heat waves one of the deadliest weather disasters. With three Arab countries topping the list of the world’s hottest countries and other Arab cities making similar headlines, the effect of climate-induced health risks will likely shoot up in the region.

Judging from the impact of the Covid crisis on the region’s most vulnerable groups, neither the health systems nor infrastructure in Arab countries are prepared to deal with a challenge of this magnitude. Health is one of the most funded philanthropic causes in the region, but philanthropies are now faced with an unprecedented set of challenges that differ by demographics, social groups, and geography requiring more holistic thinking on how climatic disasters will affect the health of communities and vulnerable groups, and the range of preventative and long term solutions. More timely responses are also needed, as climate challenges are escalating at a spiralling pace.

Climate financing still struggling, as other global crises get attention

Limited climate financing remains a stumbling block, especially after the Russian-Ukrainian war, in which many countries participating (directly or indirectly) have chosen to transfer substantive funds to increase armaments, at the expense of financing the climate fund that remains empty. The Copenhagen Climate Summit in 2009 tackled the need for developed countries to collect in a special climate fund an amount of $100 billion annually starting in 2020, and it was approved by the Paris Agreement in 2015. However, this fund remains almost empty, and the efforts of the British government failed last year in raising the required money at the Glasgow Summit last year. Now, the European investment bank is talking about the need to raise $200 billion for the reconstruction of Ukraine – twice the amount required for the climate annually. And all this is taking place in the context of a global economic recession which will likely exacerbate the situation.

In this context, it is necessary for Arab philanthropy to narrowly define strategic priorities and criteria to achieve social justice in a climate-threatened environment, especially since the level of these disasters exceeds the capabilities of states (not to mention philanthropy), also given that global commitments for climate change funding are not being met. Preliminary research on philanthropic organizations dealing with issues of climate change shows that support for climate change mitigation is very limited. Interventions, especially at the global level are almost negligible, compared to intervention in traditional causes such as combating poverty, education, health and refugee relief.

At the same time, philanthropy can no longer continue to channel investments to priority sectors such as health and education driven by a sector-and vertical driven lens while overlooking the interlinkages with the environment, climate and sustainability dimensions. Arab philanthropies do not have sufficiently developed strategies that can capture the intersectionality of the issues and keep pace with the climatic disasters that will overthrow all the ‘development’ gains in other sectors that philanthropic sector resources have already made a footprint.

Philanthropic resources can move the needle when it comes to supporting mitigation and adaptation solutions both on the community and national levels. Yet, neither will the diversion of philanthropic resources by funding many individual civil society actors at the expense of inter-sector collaboration nor will philanthropies continuing to work in a siloed manner with little collaboration will advance scalability and effectiveness.

According to Mona Wissa, CEO of Life Vision Association, some of the common funding strategies tend to create competition among NGOs, instead of encouraging collaboration. Encouraging collaborations and partnerships among NGOs complementing each other’s work should be the way forward. Another challenge is the risk aversion of funders, as they tend to fund those CSOs that they have long-standing relationships with. ‘This approach hurts the cause of reaching out to new ideas, voices and innovation.’

This view is echoed by others in the start-up scene. The founder of Recycler, a green start-up that recycles plastic to protect agricultural yield and save irrigation water, suggests there is a pipeline of commercially viable innovations that need pre-seed funding to get them off the ground, yet they are not being looked at because they are perceived as too risky. Women entrepreneurs are further disadvantaged, as they face cultural barriers in operation.

What defines the roadmap for Arab philanthropy?

These are some of the questions and tradeoffs that the philanthropic sector will need to consider when defining a philanthropic road map for meaningful and impactful engagement on climate change.

There is some momentum among philanthropies to support climate solutions on some of the above-mentioned fronts. Across the region, strategic CSR interventions and investments in waste management, recycling, energy conservation and sustainability solutions are growing, yet their role in community development and ownership remains to be seen. Multi-stakeholder partnerships do exist, even though on a limited scale, as in the Siwa[2] Oasis project bringing together a partnership from a private sector company, a family foundation, a bank, and community NGOs to tackle the lack of quality drinking water. Another example in the domain of social enterprise solutions is the Mohammed bin Rashed’s Global Maker Challenge – a global innovation award for innovators developing sustainable solutions for climate change and urbanization— bringing together Ma’an (a Ministry of Community Development accelerator for the third sector), UN Habitat, and StartAD (an Abu Dhabi Based accelerator). 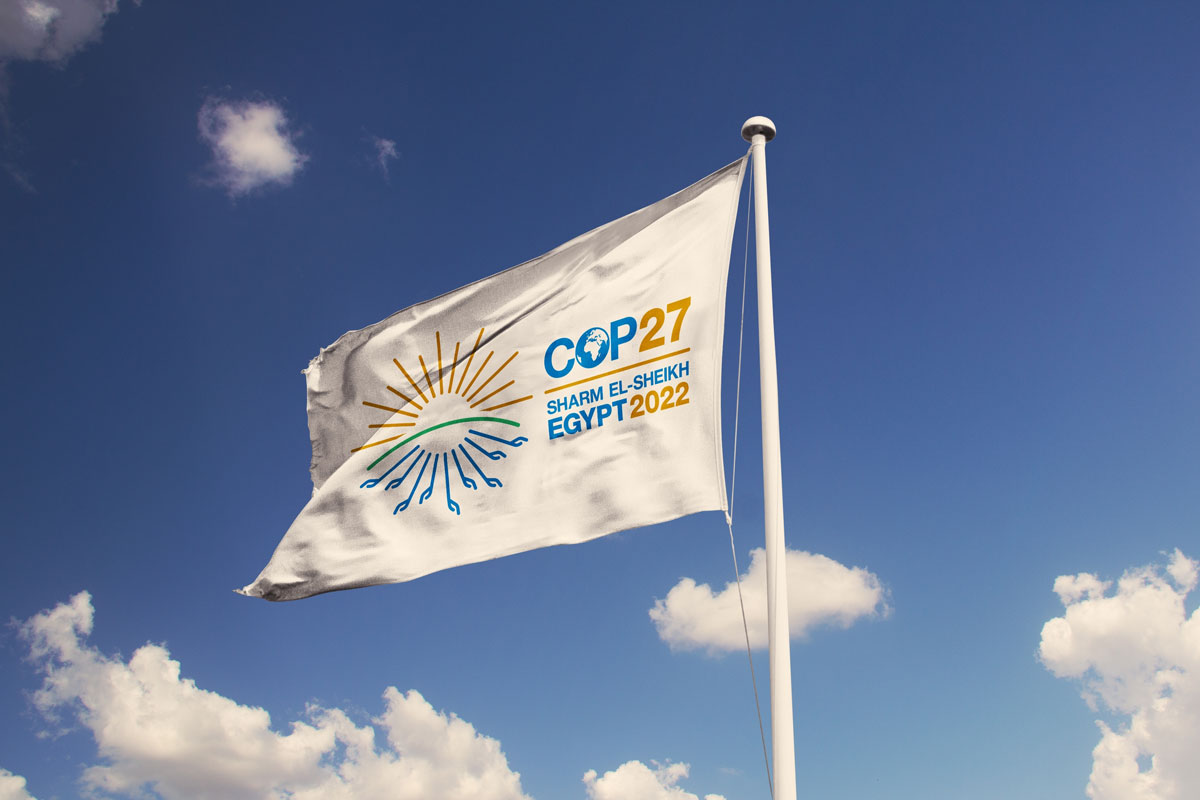 COP27 will take place in Sharm El Sheikh, Egypt, in November – a sign that the Arab region will be at the centre of climate action in the coming years. Photo credit: Shutterstock

With the turn away from Russian gas, nations have tried to adopt a moral stance condemning the Russian invasion of Ukraine – but the sanctions have had a significant and negative impact on the pledges to get out of fossil fuels. In particular, many of the key largest countries are returning to coal, despite a pledge to ‘phasedown’ unabated coal power at Glasgow’s COP26 in November 2021.

Every year, the British ‘Christian Aid’ charity estimates the costs of climate disasters such as floods, fires and heat waves based on reports from insurance companies. The cost of global disasters is only increasing. In 2020, the organization concluded that the ten most costly disasters in the world caused losses of $150 billion. In 2021, the cost was estimated at $170 million. Going forward, the annual increase in the total cost of disasters is expected to exceed 10–13 per cent annually. And such tallies assess the cost of disaster relief only, leaving out other key areas that will require investment such as the cost of treating diseases not yet classified as ‘climate-induced’.

Against this backdrop, all these issues make it imperative for Arab humanitarian relief and philanthropic institutions to revisit their strategies to address these emerging issues. Relying on quick fixes, blanket approaches and humanitarian relief responses that have dominated the scene will not only be ineffectual but will hamper overall progress in SDG achievement. Defining new principles, priorities and strategies in line with the nature of these disasters is imperative. Perhaps, the sheer magnitude of the disasters will direct the sector thinking to focus its efforts and build on its comparative advantage in supporting the production of new knowledge and innovative thinking towards producing meaningful solutions. For instance, changing global behaviour, which is seemingly heading in more perilous directions, first needs a change in the value system and beliefs that produced those disasters. This requires the support of a new intellectual and knowledge production movement supported by media that promotes an alternative model of sustainable citizenship, with its new values that are more modest in terms of scientific, productive and consumer terms, and is more reconciled with the laws of nature and their delicate ecological systems, as a basic entry point for change, rescue and resilience. The discussion about these principles and relevant values is to be continued.

Thank you for sharing this information. Thanks to the article, I have learned a lot more. wordle hint