How can accelerators help? Reflections from SoCap2012 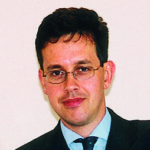 The opening ceremony at SoCap2012 came alive when five young entrepreneurs stood up and pitched their businesses, Dragons Den style, to over 1,500 conference attendees. The initiatives included the Kytabu Project, a low-cost computer tablet that enabled Kenyan school kids to access the educational curriculum, and Ruby Cup, a menstrual cup designed for developing markets. Their stories were about how, through social business, they were able to transform the lives of individuals while addressing a critical health, environmental or educational challenge.

The big question for many of these entrepreneurs remains how to get access to the kind of funding they need to survive and grow. SoCap and Halloran Philanthropies hosted a weekend of courses on how to incubate and then accelerate to scale 100 leading social enterprises from across the world.This ended by bringing together leading accelerators focused on helping social entrepreneurs succeed. Attendees supporting this included, among others, Hub Ventures, Village Capital, the Unreasonable Institute, LGT Venture Philanthropy, Artemisa Social Business, NESsT, Ashoka and Oxfam. The idea behind accelerators, according to the Unreasonable Institute, is to ‘ensure our entrepreneurs build meaningful relationships with these capital providers, to improve their core business models and to provide a network of peers, mentors and funders to draw from.’

‘Accelerators are a core piece of the ecosystem in impact investing that wasn’t getting enough attention,’ says Mark Beam, the inspiration behind the idea of gathering the accelerators together and host sponsor from Halloran Philanthropies. ‘By bringing accelerator funds together, the idea was to share best practice and ideas and identify common challenges that could be addressed together.’ ‘Accelerator’ is a broad term meant to include here fellowships, prize programmes, incubators, etc. Essentially they are the folks that help people scale their social ventures.

Some of the main questions coming out of the discussion were: what can we do to get the right investors for our social ventures? How can we share good data on enterprises? How can we attract investors to work on common deals – should there be an equivalent of the networks that exist among, say, Silicon Valley investors? How can we support the alumni from accelerator programmes developed by Echoing Green or the Unreasonable Institute in different geographies?

The attendees split into four groups which looked at various aspects of the challenges besetting the relations between social entrepreneurs and investors. In the discussions I attended the budding entrepreneurs talked particularly about the difficulty of finding funding. A common view in the sector is that there is no shortage of capital – just a shortage of good deals. From the entrepreneurs’ perspective, it isn’t so simple. The funding needs of the sector – with its different interests, spheres of activity, stages of development, geography and size – are as different as the funding available. With many social ventures still below $250,000 in revenue size and many being very early stage enterprises, a ‘social merchant bank’ that could offer debt and equity rather than a ‘fund’-based solution would be attractive. Post–accelerator, but pre-’series A’ investment, in other words.

The entrepreneurs noted that the money coming into impact investing is predominantly going to provide capital to later-stage funds, which is less risky. ’We’d like to believe there are a lot of dollars out there – but we’ve not really found any in our space,’ commented one. Impact ventures are working in places where things are slow such as developing countries, or in sectors with very little infrastructure. So some early-stage entrepreneurs have switched back to Silicon Valley VC types who have a greater appetite for risk. Some impact funds now only look at deals where they can invest $2 million to $3 million at a time. As one entrepreneur commented, ‘We suffer from the “we’re not fat, we’re not thin” problem.’ And actually the type of capital on offer doesn’t always fit – particularly when what these enterprises need is a grant.

One idea suggested was that angel investors may need to block-invest 10 great ideas with $10,000 each and recognize that only one or two of them will go anywhere. Accelerator funds have the freedom to work with the pre-revenue and post-revenue stages of development, while recognizing that the pre-revenue stage is most difficult.

Another idea was that the accelerators could help most by focusing on sales execution – getting the first revenues in place – and that this capital would then act as the first investment round. This would help address the mindset that most pre-revenue companies are uninvestable. ‘The first contract sales are the biggest first milestones – and this can help lead to investment,’ said one investor, so the idea is to get entrepreneurs to focus on first sales. The suggestion of a ‘revenue-backed loan’ as the first investment for me came out as the strongest idea.

The passion and enthusiasm of the entrepreneurs was matched by the passion and enthusiasm of the investors and accelerators. The comments I heard from the investors watching the initial round of pitches and presentations from the social businesses was how articulate and driven they all were. I left convinced that I’d seen a clutch of social entrepreneurs who, if given the chance, could grow and change the lives of whole communities and build sustainable, long-lasting enterprises.

Mark Campanale is director of the Social Stock Exchange and adviser, Halloran Philanthropies.

Further articles from Alliance magazine related to these topics: