How social investment has developed in 2014 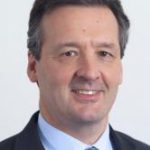 Big Society Capital has a mandate to grow the social investment market. That is a broad remit. We know that different stakeholders have different priorities and many of them will judge success by that one dimensional yardstick. In the last few months alone I have heard Iain Duncan Smith describe social investment as “the single most exciting development in how we deliver social programmes” and blogger David Floyd describe Santander’s investment into the Third Sector Loan Fund as “of no major relevance to charities and social enterprises”.

However, we need to think more broadly. There are many facets of social investment, all of which we’re committed to developing. So, as we near the end of 2014, perhaps this is a good time to reflect on how we are defining the social investment market, and on the progress being made

The first is by making more capital available to organisations that can be sustainable, most of these will be making larger loans. This year Charity Bank has been recapitilised, doubling the value of its loan approvals, and a number of new funds have been launched to provide riskier unsecured lending. Together these initiatives make more than £100 million of new money available.

The second is by seeking subsidy where sustainability is not possible, and in general these are smaller loans. Social Investment Tax Relief has been launched and FareShare South West has become the first organisation to use it, attracting angel investment of £70,000, supported by Resonance, to get more surplus food to vulnerable individuals in Bristol. We also anticipate that we will shortly see new combinations of grants and lending, both directly to charities and social enterprises, and for social investment fund managers.

Social Impact Bonds are growing (there will be almost 30 issues by yearend). They fave funded many of the UK’s leading charities – Action for Children, Tomorrows People, St Mungo’s Broadway, Age UK. From most of them there is enthusiasm for structures that enable them to take a more flexible approach to service delivery and focus on outcomes. But there are challenges around complexity, unnecessary oversight and bureaucracy which commissioners need to address.

We’re also providing more growth capital to support ambitious social purpose companies. Last year over 1,000 start-up enterprises were supported by UnLtd, and Nominet Trust has backed over 700 UK social tech ventures since 2009, from a memory-aid app for people in the early stages of dementia to a ‘trip advisor’ that matches disadvantaged young people with personal development programmes.

These programmes are providing a pipeline for a number of new investment funds including those managed by LGT Impact Ventures and Nesta Investment Management. Together these two organisations now have over £60 million to support growing organisations, from Big White Wall, using mobile technology to support individuals with mental health issues, to Oomph! expanding its delivery of interactive dance classes in care homes.

We want to make social investment accessible to the public as investors and finance more accessible to community organisations. On this measure we are pleased with the progress. The Charity Bond Support Fund was launched with £10 million from Big Society Capital and Golden Lane Housing became the first charity bond to be listed on the London Stock Exchange. Golden Lane Housing is now using this £11 million to provide high quality supported housing in the community to an additional 120 tenants with learning disabilities.

More local people are investing in their communities. Over 200 projects have raised finance through community shares, with a total value of nearly £40 million, boosted this summer with a £1 million investment by Big Society Capital into the Community Shares Underwriting Fund. A great example is down in Redruth, once the centre of Cornwall’s mining industry, where local residents have come together to invest in a wind turbine that will generate revenues for the community that will improve the provision of high quality local food for low income families.

There is also growing interest and engagement from angel investors into social enterprises. This year alone saw almost £2 million invested through the Clearly Social Angels Networks into twelve early stage ventures, including into projects like Third Space Learning which is using technology is schools to close the inequality gap in the UK education system.

One of Big Society Capital’s early investments into the Real Lettings Fund developed by St Mungo’s Broadway and Resonance, has now raised additional investment from the London Borough of Croydon. This will enable even more vulnerable individuals and families find a home. The Threadneedle UK Social Bond Fund, developed with Big Issue Invest has so far raised and invested over £60 million in their social bond fund. Cheyne Capital has recently announced a new fund which they hope will raise up to £300 million from a range of investors, to help tackle the chronic shortage of housing solutions for disadvantaged groups in the UK.

There is plenty of ammunition for both the optimists and the pessimists as they consider progress in social investment at the end of 2014. We all need to keep a broad perspective, and as I look across the whole landscape I am in the optimist’s camp.

You can read the full version of Nick’s article here>