Why I made a film about philanthropy

I’ve done something unusual even for a philanthropy scholar and practitioner. Over the last decade I’ve produced a feature length documentary on the concept of giving entitled What is Philanthropy? 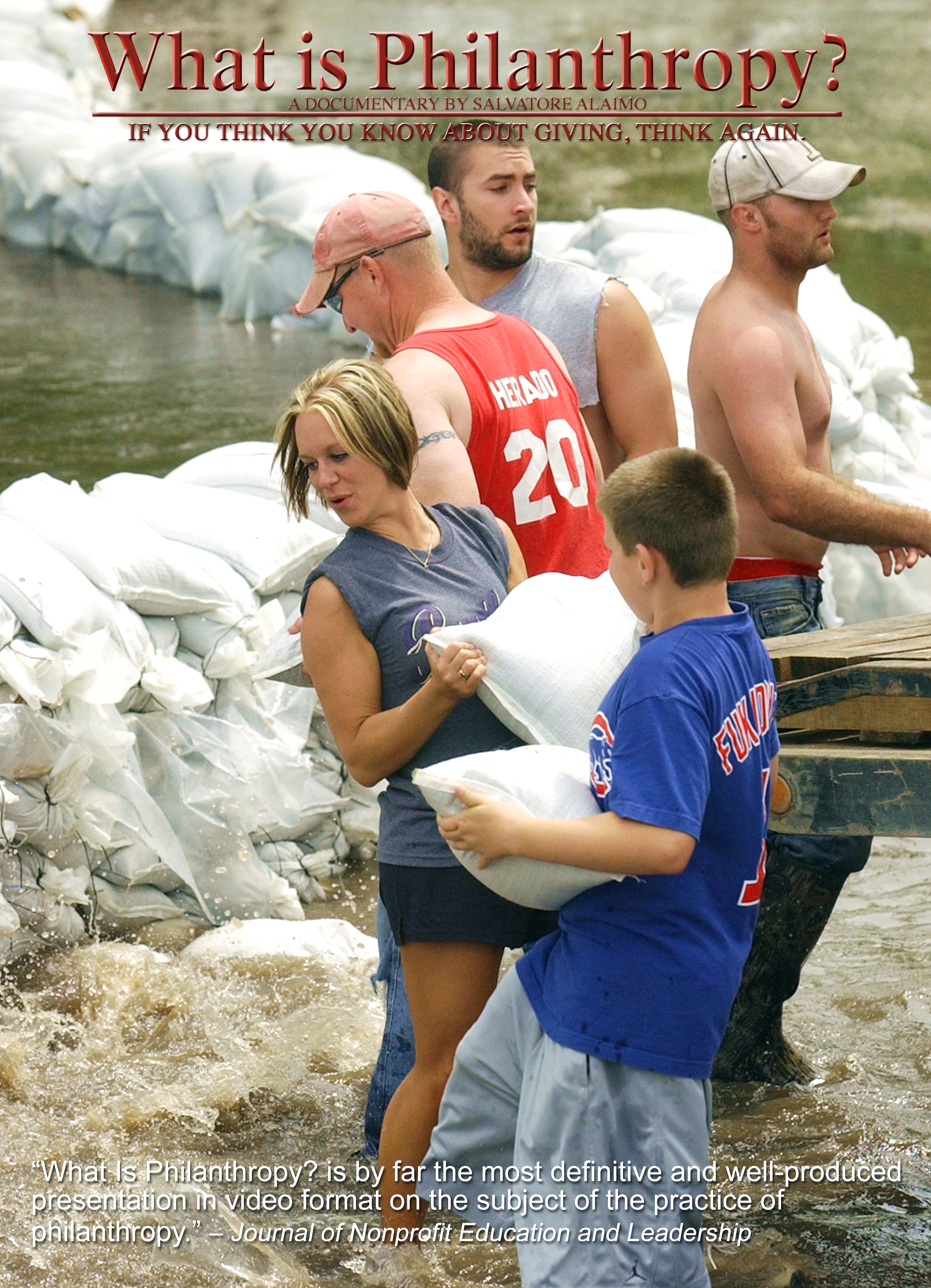 I started the project on the heels of earning my PhD in philanthropy at Indiana University.

My studies gave me an intense multidisciplinary understanding of this concept of giving, and I was focused more on making the film to enhance the awareness of others.

As a full time university professor I could only work on the film on weekends, occasional evenings and during the summer breaks.

Second, I had a learning curve in making my first film.

Third, raising funds for this film proved difficult. After six years in production, $70,000 of my own money in the project and an additional $70,000 raised, the film is in a growing list of over 30 academic libraries and 20 public libraries, mostly in the United States.

The film is also being used in Croatia, Saudi Arabia, Scotland, Canada and Australia. Foundations and individuals have also purchased the film as the means for learning, reflection, and discussion, and to develop a culture of philanthropy within organizations and families.

The main thing I learned through the film’s production and beyond was that giving comes in more forms than I could ever have imagined.

I listened to a mom tell her heartbreaking story about losing three newborn children and finding the space within her grief to donate her breast milk to other moms. I observed the women in a Caregivers Sewing Group blend their craft into a social gathering that not only built relationships but also produced new handmade clothes for children in foster care.

The differences between what we might call ‘average citizens’ and more prominent people (I interviewed NFL quarterback Alex Smith, Nell Newman, Senator Charles Grassley, and actor Mike Farrell) were not as distant as one might imagine. They were generous with their time, experiences and wisdom, which by itself was a philanthropic act.

I was impressed by how well, in detail, Smith and Evelyn Lauder from the Estee Lauder Companies knew their causes. Smith, through his foundation, gives full scholarships to high school graduates aging out of the foster care system. Lauder, who sadly passed away about a year after the interview, was a lifelong champion in the fight against breast cancer. They both understood their issues’ contexts, and they generously contributed to them, too.

Senator Grassley had a good excuse to cancel my interview given that afternoon coincidentally was what he called, “the busiest day in my political career.” As Chair of the U.S. Senate Finance Committee, he had a report due to President Obama who was speaking to the nation later that evening about healthcare. Yet, he kept his commitment and gave his undivided time and attention.

Mike Farrell and I didn’t discuss M*A*S*H or his acting career. We discussed his life experiences and his current efforts in philanthropy. Farrell is the current Board President of a nonprofit based in San Francisco called Death Penalty Focus that advocates abolishing the death penalty in California.

However, he travels the country speaking out against it and sometimes visits governors to plead for the lives of those on death row.

Sometimes the interview subjects didn’t frame their work as being philanthropic. This was the case with Civil Rights Leader Dr. William G. Anderson who worked with Dr. Martin Luther King, Jr. to get blacks in Albany, Georgia the right to vote in the early 19060’s.

In our discussion he admitted he never considered his voluntary act of going to jail, leading The Albany Movement and risking his life for that cause as a form of philanthropy.

Nell Newman similarly didn’t frame her effort to educate people on organic and sustainable agriculture as philanthropic. I came away with the joy that both now viewed their work differently. The enhancing of awareness for the concept of giving had begun, and the film wasn’t completed yet.

The generosity and energy behind their giving, while coming in many forms, cut across many subjects in the film. They represented the more universal tenets of philanthropy including intent, knowledge, passion, and what has been described by Robert Payton and Michael Moody as putting the moral imagination into action.

How did philanthropy go from the ancient Greeks’ term philanthropia, meaning the love of humankind, to what is often a narrow framing of the concept as a foundation giving a grant to a nonprofit organization?

The tent for philanthropy is a big one that includes foundation grants but also advocacy, social activism, volunteerism, donations of goods, blood, mother’s milk, and so many other examples. My hope is that this film can be one of many efforts from others to enhance, broaden and increase our understanding of this complex and fascinating concept of giving.

What is Philanthropy? By Salvatore Alaimo is available through Indiana University Press.