The IKEA Foundation has announced a commitment to pump about €400 million ($447 million) towards supporting families and communities in nations vulnerable to floods, droughts, and other fallout from climate change, Reuters reports.

This is part of furniture retailing giant IKEA’s overall plans to spend €1 billion ($1.13 billion) on combating climate change. IKEA, which had sales of €30 billion last year, wants to generate all the energy used in its shops and factories from clean sources by 2020. To that end, it will invest €600 million in wind and solar power installations, adding to €1.5 billion invested since 2009. It has already signed up to own and operate 314 wind turbines and has 700,000 solar panels on its roofs.

Chief executive Peter Agnefjall said the measures would ‘absolutely not’ push up IKEA’s prices. The investments will be ‘good for customers, good for the climate and good for IKEA too’, he told Reuters.

He said the plan was motivated by a desire to tackle climate change, rather than to court favourable publicity. ‘Getting that message out to the customers is secondary,’ he said. 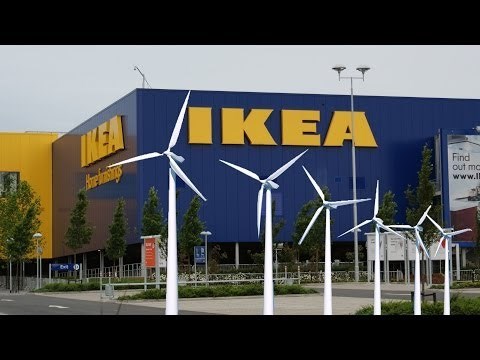 An internal review last year showed only 41 per cent of its customers see IKEA as a company that ‘takes social and environmental responsibility’ seriously, below its goal of 70 per cent by 2015.

Meanwhile the Bill & Melinda Gates Foundation has unveiled plans to spend $776 million over the next six years to tackle world hunger, doubling its existing commitments on the issue, the Thomson Reuters Foundation reports.

Announcing the pledge at a meeting in Brussels, Melinda Gates called on European leaders to prioritize fighting malnutrition in women and children, a major factor in deaths before the age of 5.

The additional Gates spending will focus on better nutrition for women and girls before they get pregnant, a key to improving maternal and child health, and promoting fortified food, breastfeeding, and other ways to raise nutrition levels. The commitment by the world’s largest philanthropy also unlocks $180 million in matching funds from the UK’s Department for International Development.