The IKEA Foundation and Rockefeller Foundation announced this week that the two funders would be joining forces to set up a $1 billion fund supporting renewable energy programmes in developing nations. 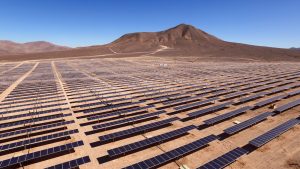 The joint fund will be the ‘single largest distributed renewable energy initiative’ and aims to reduce 1 billion tons of greenhouse gas emissions, according to a statement by the IKEA Foundation.

The two foundations hope that the funding commitment will lead to a much bigger goal: unlocking $20 billion by 2030 to address climate change and alleviate energy poverty, according to Stephanie Fairholme, Director of Power and Climate Investments at the Rockefeller Foundation, in a comment to ImpactAlpha.

‘This can be commercially viable. There’s $1 billion taking risk upfront, and that can unlock tens of billions of dollars,’ said Rajiv Shah, president of the Rockefeller Foundation. ‘We’re not gambling here. We’ve seen it work in India. We know what it takes to become successful.’

‘If global energy consumption doesn’t change from fossil fuels to renewable energy, we will not meet the Paris Agreement ambitions and millions of families will be left behind in poverty. We need to be honest and recognise that the current approach is not delivering the impact the world needs in the time that we have,’ said Per Heggenes, CEO IKEA Foundation.

The new funding initiative will be operated through a new global platform launching this year.