Impact Bonds in India: Relevance with Opportunity or just Innovation for sake of it 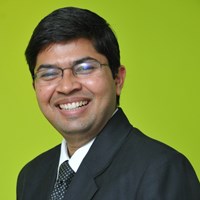 There is a new financing paradigm for sectors that address societal challenges. Amongst many new innovations, one of the most promising are Social Impact Bond (SIB) that emerged from the UK and have the potential to transform the provision of social services by bringing in mainstream capital in a manner that has never been envisaged before. 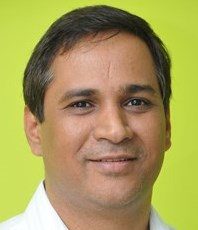 They are a way to finance pay-for-success contracts that allow the Government to pay only for results. If a program funded by SIBs achieves successful outcomes, which are defined and agreed upon in advance by all parties to the contract, the Government repays investors their principal plus a rate of return based on the program’s success. On the other hand, if outcomes are not achieved, the Government is not obligated to repay investors.

Before we examine their relevance for India, let’s look into why the UK emerged at the fore-front of this innovation:
1. A significant shift in political and ideological climate over the past decade.  As early as 2000, the Cabinet Office of UK recommended encouragement of private sector financing in the third sector.
2. Unprecedented cuts in public funding and the demand for more efficient use of scarce public money following the global financial crisis of 2008.

Thus, SIBs are an outcome of a decade long effort in building a more accountable Public Spending Plan that allows for new innovations to emerge and allows private sector to invest in social services that are more accountable and effective.

While India has been relatively insulated from the global financial crisis of 2008 and its fallout, the mounting pressure on public spending is no different here. The last financial year saw the most austere Union budget that aimed to cut public spending target by 15% (USD 14 Billion).

While size of the budget is important, how it is spent is perhaps more so. Budgetary allocations to social sectors have grown over the last several years but without commensurate increase in welfare benefits to the masses. There is a growing demand for change in the implementation modalities of budgeted schemes for better outcomes. For instance, in Education, rising budgetary allocations have increased the number of schools but the quality of education offered is still sub-standard. The introduction of schemes, such as Mid-day Meal Scheme (MDMS) and Sarva Siksha Abhiyaan (SSA) have helped in increasing enrolment but drop-out rates before completion of primary education remain high. In addition, the lack of evaluation and measurement of outcomes has led the Government to persist with ‘failed programs’.

However, Organizations outside the government have run innovative programs that have delivered social benefits. Pradan, one of the oldest and most respected NGOs in the country, has successfully trained 100,000 families in farm-based livelihoods with over 25% of them placed into forest and livestock based enterprises. Educate Girls, another NGO, has brought 48,000 girls back to school in Pali and Jalore districts of Rajasthan which have one of the highest gender-gaps when it comes to education. Yet another NGO, Pratham reaches 1.5 million children annually help them achieve tangible learning outcomes. However, organizations like these face challenges in scaling up their operations due to limited availability of funding.

The government is unsure if providing them budgetary support is the right way to go without clearly ascertaining the scalability of the impact made by these organizations, but are willing to fund them on the basis of ‘successful outcomes achieved’, if at all. On the other hand, the institutions find it very difficult to raise that amount of philanthropic money even for working with the government on the ‘pay-for-success’ model.  SIBs have the potential to break this logjam with by tapping into alternative sources of financing (private sector and capital markets). In addition, given the nature of issues that need to be addressed in India (basic issues of shelter, education, health, water and sanitation, unemployment) where outcomes are more easily measurable, the country offers a ripe and attractive market for such an innovation to explode.

However, the initial success of SIBs in India will require someone to play the role of bringing key stakeholders together; Investors with the appropriate risk appetite, Government Bodies with the right understanding to participate, and willing and progressive Service Providers (NGO) who can see through the effort to make it work. This role should be played by a financial intermediary with a long-term commitment to development, a DNA of ‘innovation’ and a capability to structure such a complex transaction.

While it may take time initially to convince the Government, SIBs clearly have immense relevance in this country and India may well go on to become the lead issuer of such Bonds once the process is established. This disruptive innovation can be given a big thumbs-up though local adaption to reduce costs of launching the Bond will remain key for its success in India.

Vineet Rai is the Chairman of global advisory firm Intellecap. He leads innovative interventions in the development sector and brings a unique understanding of enterprise based development approach through many pioneering interventions.
Atreya Rayaprolu is the Director of Investment Banking at global advisory firm Intellecap. He works with double/ triple bottomline enterprises at growth stage to enable them to scale.