The Role of Philanthropy in Addressing the Greek Crisis

This post originally appeared on the blog  of the European Foundation Center. The original article can be found here>

What is philanthropy’s appropriate role in the midst of the Greek socioeconomic crisis? The Stavros Niarchos Foundation has been trying to address this question since the beginning of the ongoing crisis. We have, so far, committed €300 million ($378 million) to grants in response to the crisis, thus bringing our total grant commitments in Greece to well over €1 billion, in addition to our regular grantmaking activity, but we continue to consider the question carefully. 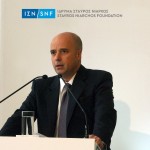 In our approach, we have adopted two primary principles. First, philanthropy should not attempt to assume or substitute for a government’s responsibility to offer public services. A government has its rightful role to fulfill, together with certain obligations to its citizens. It is not philanthropy’s role to attempt to ensure government’s capacity to fulfill its own obligations. Second, the main priority of philanthropy’s support efforts must be those that are most vulnerable. They are confronting unprecedented challenges as a direct result of the crisis, namely homelessness, hunger, lack of basic healthcare services, severe anxiety and depression. They also face other critical everyday challenges, such as job security, the acquisition of new job skills, creating new opportunities, and escaping the dead-end by exposing themselves to education, arts, and the promise of a better life that all of those entail. Addressing those needs by supporting the nonprofit organisations that focus on them, should be among philanthropy’s main goals.

The first of those initiatives “Against the Crisis” was completed earlier this year. A full report is available online. Through that first €100 million, the Foundation provided 377 grants, supporting social programs that assist those most exposed to the consequences of the crisis, and also ensuring the sustainability of hundreds of Greek nonprofit organisations, and consequently the sustainability of their vital programs that have multiple positive effects. The grants primarily supported the areas of Social Welfare and Health, but also Education and Culture.

The second initiative “Recharging the Youth” was announced in October 2013 and is still underway. A report on its activities to date is also available online. The realisation that significant changes in Greece’s current job landscape cannot be attained through the commitment of funds only – however significant they may be – is inherently part of the grant-making efforts in relation to this initiative. We are fully aware of our limitations to change the current landscape, given the complexity of the issue at hand. We continue our efforts, however, knowing that the creation of new employment opportunities requires innovation and the collaboration and convergence of all different sectors, including the public, private, and philanthropic ones.

Our new commitment, which was announced last month, allocates an additional €100 million. Our goal is to allocate the funds within the time frame of one year, intensifying, in this way, our efforts against the ongoing crisis in Greece, and providing immediate support to Greek society’s most vulnerable groups. As a matter of fact, the Foundation has already provided support for a number of grants within this new initiative. Specifically, the Foundation has approved a grant of  €10 million each (€20 million in total), to the Municipalities of Athens and Thessaloniki, for the purpose of addressing the immediate needs of citizens in these large urban centers, who are experiencing the consequences of the deepening crisis more severely. At the same time and as part of the grant, these two municipalities will have the opportunity to serve as collaborative hubs, assuming the responsibility of coordinating and cooperating with the neighboring municipalities for the implementation of synergistic actions.

In moving forward with the immediate allocation of these two grants, we are recognising these municipalities’ capacity to identify and respond to urgent new needs and to serve as an effective mechanism for addressing them.

Furthermore, as part of this latest €100 million program, the Foundation has also approved grants totaling €3.7 million to address urgent healthcare needs by supporting hospitals and other nonprofit organisations, which are facing unprecedented challenges.

All three of these €100 million initiatives are funded above and beyond the Foundation’s standard grant-making activities, which continue as usual. They also come in addition to the Foundation’s ongoing funding of the construction of the Stavros Niarchos Foundation Cultural Center (SNFCC) in Athens, which will provide new, much-needed facilities, for the National Library of Greece and the Greek National Opera, as well as the 42 acre Stavros Niarchos Park.

The ongoing crisis has raised the issue of whether construction at the SNFCC should continue in the presence of other urgent societal needs. Following internal comprehensive and detailed discussions on this very topical issue, we have concluded that it is in the best interest of Greece to continue with the completion of the project. The SNFCC is an important economic stimulus, a source of crucial jobs, and a testament and a commitment to the country’s future.

This is, broadly speaking, the overall approach that the Stavros Niarchos Foundation has taken as an answer to the crisis. Other philanthropic institutions may, of course, choose to implement different strategies and approaches. It is crucial, however, that philanthropies in Europe and around the world consider carefully the current situation and come to the aid of the most vulnerable Greeks. Greece’s unprecedented, for a non-war era, loss of 25 percent of GDP and overall unemployment rate approaching 30 percent (with youth unemployment exceeding 50 percent), has had staggering consequences for a large percentage of the country’s population, resulting in a humanitarian crisis of significant proportions. Leaving aside personal opinions on how the crisis came about, who’s to blame, and how it should be resolved, there is one fact that should not be up for debate: the most vulnerable victims need our support.

In the end, it is in times of crisis that our humanity defines us.

Andreas C. Dracopoulos, on behalf of all the Board and all those working at the SNF.