With Roe v. Wade on the cusp of being overturned, access to reproductive rights is being threatened across the United States. How can philanthropy be most effective right now?

To explore this question, we spoke to Noreen Farrell, a civil rights attorney and the Executive Director of Equal Rights Advocates. Farrell is a nationally-recognized leader on gender justice and the architect of several high-impact campaigns improving the lives of millions of women and families. Through her work at ERA, she fights for gender civil rights in workplaces and schools across the country and has argued cases before the Supreme Court.

Here’s what Farrell had to say.

Elika Roohi: Tell us about the work of Equal Rights Advocates. 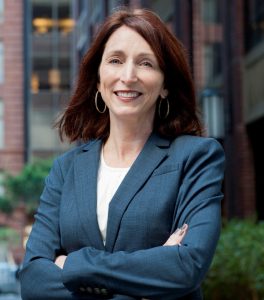 Noreen Farrell: Equal Rights Advocates fights for gender justice in workplaces and schools across the country. Since 1974, we have been fighting on the front lines of social justice to protect and advance rights and opportunities for women, girls, and people of all gender identities through groundbreaking legal cases and bold legislation that sets the stage for the rest of the nation.

Let’s talk about what it means for Roe to be overturned. Who will this affect?

The immediate impact of the ruling as drafted in February would be to end a half-century guarantee of federal constitutional protection of abortion rights and allow each state to decide whether to restrict or ban abortion. It will give the green light to twenty-six states (and counting) that have abortion bans or will enact them when the final decision comes out. A disproportionate burden will fall on those already harmed most by societal inequities — women of colour, young people, LGBTQ+ individuals, immigrants, people with disabilities, and those with low incomes.

Roe was not the start of people having abortions; it was the start of having them safely. Without Roe providing the bare minimum access to a fundamental piece of reproductive healthcare, many women experiencing unintended or unwanted pregnancies will be forced to carry to term and give birth against their will. Women will be forced to endure this outrageous loss of personal liberty in a country with the highest maternal mortality rate among developed nations and without family income support, universal paid leave or affordable childcare.

Let’s be clear: Roe v. Wade never guaranteed abortion access if you were a woman living in poverty, despite the fact it affirmed a woman’s constitutional right to one. Soon after the Court’s ruling, Congress enacted the Hyde Amendment, which blocks federal funds from being used to pay for abortion outside of the exceptions for rape, incest, or if the pregnancy is determined to endanger the woman’s life, resulting in dramatically limited coverage of abortion under Medicaid and other federal programs. The overturning of Roe v. Wade will make this lack of access worse. Women living at the edge of economic viability will not be able to afford to cross states to obtain an abortion if pregnant. Abortion bans will disproportionately harm poor women, sexually abused children, and others who lack full access to preventative reproductive health care. It will put in harm’s way providers, medical professionals, and anyone who helps a person seeking an abortion.

These ‘undue burdens’ Justice Alito and his fellow justices seem so sceptical of land particularly hard on Black and brown women, as well as women living in poverty, who are currently being denied access to abortions.

What are the economic implications of overturning Roe v. Wade?

There is no gender equity or economic security for women and others who have children without reproductive autonomy. The economic implications of the overturn of Roe v. Wade are dire. Decades of studies establish that abortion access legalization is material to women’s life outcomes including educational attainment, labour force participation, occupational prestige, and earnings.

One in four working women have abortions. Women who are denied them are three times more likely to leave the workforce.

Philanthropy has the potential to be a front-line defense for reproductive rights in this country.

According to economic studies referenced by the Brookings Institute, there is a direct causal relationship between abortion and women’s future economic and social participation. These studies also reveal that abortion legalization increased women’s education, labour force participation, occupational prestige, and earnings—especially for Black women. Abortion access allows for greater autonomy over the education level, earnings, and career trajectory of women and others who need full reproductive autonomy. Overturning Roe v. Wade would restrict or outright eliminate that access, thus diminishing their personal and economic lives as well as the lives of their families.

The Dobbs draft decision, which overturns Roe, makes it absolutely necessary to KEEP women in the workforce by enacting robust family leave, fair pay, and anti-sexual harassment and violence policies for everyone who works. 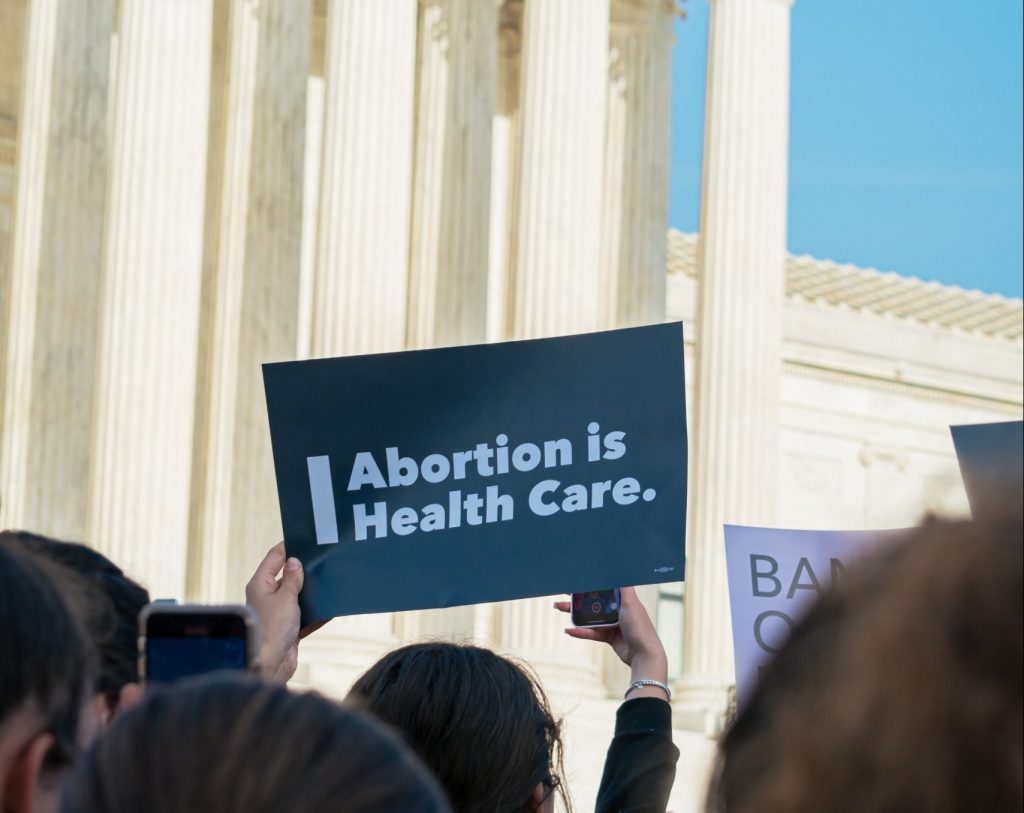 There can be no doubt that abortion bans are just the beginning. Judge Alito’s draft takes aim at the legal grounds for a host of decisions grounded in a right of privacy, including contraception. Just days after the draft was leaked, the Louisiana legislature advanced a bill that will criminalize any action that could harm an embryo, which implicates the destruction of embryos during IVF, medicated abortion during a miscarriage and a host of other critical medical services.

Now is not the time for measured investment, heavy process, or demands of grantees about outcomes. This is dire.

The decades-long fight against the constitutional right to abortion has never been just about abortion. It is about keeping women in restricted gender roles, raising children instead of working, dependent on male breadwinners, and isolated from the political process affecting their lives.

Denying reproductive choice supports multiple issues for the right, as it has historically in fascist regimes in Germany, Italy, and elsewhere. This fight will not end with abortion. It will go beyond criminalizing critical reproductive health decisions and lifestyle/family choices grounded in the right of privacy. The Right is taking aim against all policies helping women and others build power and economic security, like family income support, universal childcare, a raised minimum wage, and paid leave.

How can funders and foundations support women who are at risk from Roe being overturned? 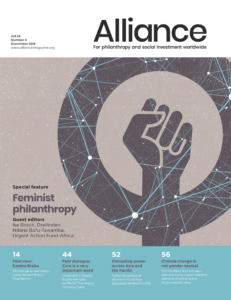 Read more about feminist philanthropy in our December 2019 issue.

In this moment, we must recognize the full scope of the far right’s Agenda and offer a compelling alternative. At ERA, our feetvision is one of a future where there is enough for everyone, where we affirmatively reverse centuries of white supremacist policy-making. We must promote policies ensuring more economic stability for women-led households so Black and brown families can thrive, Our goal must be a country where women’s work is valued, where no one’s gender identity or unique family is criminalized, and where reproductive justice is made a reality, particularly for women of colour in this country.

How can funders and foundations actively support the policy work of advancing reproductive rights advocacy in America?

Philanthropy has the potential to be a front-line defense for reproductive rights in this country. Our courts have failed us. State legislatures are joining them. But substantial financial investment in several core strategies can hold the line against a national abortion ban.

What would be your message to the philanthropy sector right now?

Now is not the time for measured investment, heavy process, or demands of grantees about outcomes. This is dire. There is no education or employment equity, gender/racial/LGBTQ+ justice, electoral representation, or ability to grow intergenerational wealth without reproductive autonomy.  Be bold and show longstanding leaders in this movement that you trust them. With this fight off the constitutional high shelf, and now in the power of legislators, consider expanding your c(4) funding to ensure that voters that part in the electoral process that so profoundly impacts their lives. Invest as though our future depends on it because it does.

Philanthropy can be most effective by doing everything possible to save innocent lives and to protect women from the consequences of unwanted pregnancies. This requires unconditional love by us all as we seek life giving solutions. Surely they can be little hope for our Society if the lives of children are at risk even before they are born ? This is an ethical issue that must be addressed by Society in a very fundamental way. Babies have human rights too. When does life begin and who has the right to take life away ? Offered with deep respect to all women. Peter N. Boos FCA.