Interview with Madeleine Rees: what would we do in Ukraine now if we had the money? 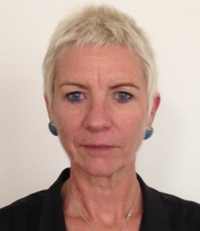 Following the session on women’s role in peace processes at the EFC conference in Sarajevo,I asked Madeleine Rees, secretary general of the Women’s International League for Peace and Freedom (WILPF),  what WILPF would do in Ukraine if they had the resources and could act now.

MR: What we try to do is to prevent conflict in the first place, by identifying indicators of when and why things are beginning to go badly wrong. The network of women’s organizations in Ukraine gave us an excellent gender analysis, telling us their fears about the exclusion of women from the protest movements and the growth of armed militias, with more and more men feeling compelled to join them even though they had opposed violence in the first place. We have considerable experience in organizing with women in relation to Syria and so we suggested that women from the network (which has members from all over Ukraine) meet together in Ukraine to decide on common ground and start to analyse possible solutions. WILPF would then take representatives of these organizations to Geneva to meet with Member States in the context of the Human Rights Council and bilaterally, particularly with the Russians, the European Union and the Americans. We have already arranged for one woman to meet members of the Security Council in New York to explain the situation. There have been a lot of demonstrations in Moscow in solidarity with the women of Ukraine, but if violence escalates, then inevitably sides are taken. We need to start bringing the peaceful voice of civil society into the discussions before it gets too late.

What would bringing Ukrainian women together achieve?

We see in Syria that the women have a real knowledge of what is happening on the ground and how peaceful solutions can be brokered. They are occasionally able to secure ceasefires in particular areas or prisoner exchanges. They know exactly who the players are. Their exclusion means that you end up with men talking about territorial control and sectarianism, instead of looking for solutions. Had women’s voices been heard earlier, we may have had a peace process.

A similar situation could happen in Ukraine if we’re not careful. So the intelligent thing is to bring those solutions to the table now. The militias need to be demilitarized and disarmed and an economic solution needs to be found. Ukraine needs to trade with Russia and with the EU, it shouldn’t be either one or the other. The international community should stop its geopolitical strategizing over Ukraine and actually find solutions.

Do you have the resources to do what is needed in Ukraine?

No. Ideally we would bring ten people to Geneva for several days so that we could work with them and explain how the system works. Some of the people we’re working with have been doing excellent work promoting women’s rights in Ukraine, but they’ve never had to stop a conflict before – how many people have? We have to help them shape their arguments so that they can say to the Russians and the EU, this is how we see the issue and these are what the solutions could be and then bring everybody on board. It’s really hard work. And it’s allgoing to be more expensive because we’ve got to take people out of the country into a neutral place because it’s no longer safe for women to travel in Ukraine.

I hope with Ukraine that we’re going to be early enough in what we’re doing so that women can take a leading role rather catching up, which is what has happened in all other conflicts. In every situation where there could be violent conflict, if you are upstream in terms of your analysis, you can intervene in good time. You can make sure there are legal obligations on states not to start flooding the area with guns, that their trading agreements and economic policies towards those countries enable the government to respect its human rights obligations – that’s when and where we need the interventions, not when it’s too late.

What sort of sum would enable you to do this?

€50,000. It’s a tiny amount and we could probably raise it from Member States, but by the time that happens, it’s too late. If we had that sum now we could get women to the Human Rights Council in June. If we had a little more, we could take them to the Ending Sexual Violence in Conflict Summit in London in the second week of June where we are doing a session on root causes of conflict and how the gender dimensions play out before, during and after conflict and what the solutions should be. We want them there so they can explain to the 141 Member States how this works and what they should be doing. They would also come into contact with hundreds of NGOs there that could give them support.

What we’re trying to do with the summit is explain that, while there are many different entry points for addressing sexual violence, the best is before it happens. You can see with the way it happened in Bosnia and in Syria, and the way it could happen in Ukraine, you get to that stage where the men with guns are the ones who are dominating public space. You have this almost pack mentality where it becomes extremely dangerous, especially for women.

This is one of the reasons why we want to make sure we can bring a non-violent masculine voice into the picture, and we’re working closely with the men’s organizations who are trying to address issues of violent forms of masculinity. In Syria and Ukraine as well, the women have said the vast majority of the men are not violent and do not want violence, yet they’re silenced because it’s not seen to be very masculine to say we want peace. There are probably fewer than 500,000 fighters in Syria, and 23 million Syrians stuck in the middle who don’t want any of this. It’s going to be the same in Ukraine, it’s always the same, but men are co-opted into military service, having to perform these acts of violence. We need to fundamentally change this time-worn approach so that we stop matters of vital importance to everyone being decided only by those who can exercise the most violence.