Interview with Michael Green: ‘economic growth is not the whole story’

The Social Progress Index 2015 is published today by US-based non-profit the Social Progress Imperative. Caroline Hartnell talked to executive director Michael Green about the relationship between social progress, economic growth, inequality and poverty; about the role played by the UN’s Millennium Development Goals; and about the world’s overall poor showing for ecosystem sustainability. 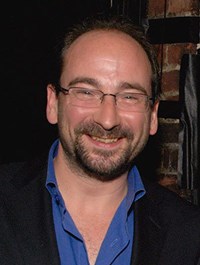 Yes, this was an interesting finding for us. We’ve been looking at the Gini co-efficient and we found a very low correlation, whereas we did find a more significant relationship both with actual poverty at $2 a day and with national poverty lines for OECD countries.

So it’s really suggesting that if we want to tackle inequality in its widest sense, we need to have a broader perspective on inequality, not just the Gini co-efficient. What we also see is that if we’re looking at a way to really advance social progress, focusing on the poorest is the most powerful intervention.

The index shows that the world is doing best in the areas that have been the focus of the Millennium Development Goals. What does this suggest about engagement with the Sustainable Development Goals (SDGs) and the post-2015 development agenda?
I think what we can say is that where the world is willing to focus energy and effort, it can make progress, and that’s a really positive message. So the fact that things like nutrition and basic medical care and access to basic knowledge are now reaching high levels shows that we can make progress to finish the job on those things, and we can progress in other areas.

What you can also infer from the results is that issues may have suffered because they’ve not been part of the MDGs. So there’s a challenge to make sure the SDG process is very comprehensive, and a warning that important issues like rights and tolerance and inclusion can’t be ignored as part of the development process.

Ecosystem sustainability comes out very badly, and it doesn’t improve with increased GDP, unlike say health and wellness. What can we do about this?
Different components of the model have different relationships with GDP per capita. With some things like water and sanitation, we find that with relatively low levels of GDP per capita, say $10,000-$15,000 a year, countries are getting very high scores. It makes sense that if you have economic growth and invest resources in basic infrastructure, you can meet everyone’s needs in those areas with a relatively low GDP.

Ecosystem sustainability doesn’t improve with GDP, so that’s telling us that if we’re going to improve our performance here, we need policies other than just economic growth. Indeed, who knows, it could actually get worse.

We find a similar pattern with health and wellness. As we get richer we get better at dealing with basic health problems – people are less likely to die of malaria, child mortality falls, and so on. But as we get richer, we generate new problems. As we become more industrialized, we get more air pollution. As we consume more, we start to get fatter. So health isn’t just about getting richer and spending more money on healthcare. I don’t know whether there’s a target in the SDGs about obesity, but there really should be.

So what is the overall message for you about the relationship between social progress and economic growth?
What we have empirically demonstrated is that economic growth is good for people and for societies on the whole but it’s not the whole story. So if a development plan only looks at economic development, you’ve only got half a plan, and you need to think how to make sure economic growth is inclusive and translates into real benefits for everyone.

One of the real strengths of the Social Progress Index is that it doesn’t include any economic indicators, so it sits alongside GDP perfectly as a complement, not a replacement. So we’re not saying scrap GDP, we’re saying GDP does a good job of what it does, but it’s not the whole story. Put the Social Progress Index alongside it and you’ll have a better strategy for inclusive growth.

Did anything particularly jump out at you about the UK results this year?
It’s all slightly dull, a bit average really. Some countries come out with very strong primary colour scorecards, and the UK’s is pretty average, with a few strengths around opportunity that we might expect.

What would you highlight from the UK results as areas for improvement?
If you’re thinking about a really pressing issue where our absolute score is lowest, ecosystem sustainability has got to be top of the list. But that only shows up as not being a problem because we’re as bad as everyone else. It’s a very clear finding that this is an area the world isn’t doing well on, and an area that’s not going to get better, and may get worse. Economic growth is not going to be the answer so we’ve got to find other solutions.