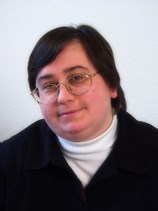 The Third Olga Alexeeva Memorial Prize will be awarded to an individual who has demonstrated remarkable leadership, creativity and results in developing philanthropy for progressive social change in an emerging market country or countries.

Sound like someone you know? The closing date for nominations is 28 February. Read more about the prize and nominate someone here>

The £5,000 annual prize was established in memory of Olga Alexeeva, former director of CAF Russia and founder of Philanthropy Bridge Foundation, in honour of her memory and beliefs. The prize will be for the individual winner to use at their discretion.

This year, for the first time, Alliance will be organizing the prize in association with WINGS, CIVICUS and the Global Fund for Community Foundations. The aim of this collaboration is to broaden the reach of the prize.

So now all we need is good nominations for the third round of the prize! The closing date for nominations is 28 February. Click here for more information about the prize, including details of past winners, and to download a nomination form.
If you have any questions, contact olgaalexeevaprize@alliancemagazine.org

Please circulate this call for nominations widely among your contacts.