Nearly 43 million Americans hold student loan debt — from federal loan programs, private institutions, or other sources. Their cumulative total amounts to about $1.7 trillion[1]. The economic and social burdens posed by student debt in the United States — and the many proposals that exist to alleviate or reform that burden — make for familiar national headlines.

But what about the players and resources in the philanthropic sector?

Addressing the student loan crisis: is it a trend?

This month, the team here at the Johnson Center began work on our annual 11 Trends in Philanthropy report; we’re gearing up to publish the 2022 report in January. We’ve been looking into many of the topics we see surfacing in philanthropy today, and using extensive conversations and research to determine whether or not what we’re seeing is a ‘trend’ — defined as a topic or issue that is moving — or simply a significant issue that has yet to move much one way or the other.

In looking into the issue of student debt and philanthropy, we landed on the latter. We found a tremendous amount of astonishing data, but not much in the way of commentary, attention, or new work on this topic within our sector.

In looking into the issue of student debt and philanthropy … [w]e found a tremendous amount of astonishing data, but not much in the way of commentary, attention, or new work on this topic within our sector.

On a small-dollar scale, the proliferation of online crowdfunding platforms has made it easier for individual donors at all levels to help cover the costs of others’ education. As of 2017 (the most recent data we could find), over 130,000 campaigns to raise money for higher education costs on GoFundMe had collected over $60 million[4]. LoanGifting launched in 2013 as an online platform specifically dedicated to letting individuals and families seek help with their student loans via online dashboards, gift tracking, and communications tools.

The biggest moves seem to come from individual donors, as well. In 2017, for instance, Nicki Minaj announced on Instagram that she had paid off loans held by eight of her fans[5]. In 2019, Robert Smith’s Graduation Day announcement that he would pay off the student loan debt of every member of Morehouse College’s graduating class was met with wild cheers and a cascade of op/eds.

Within institutional philanthropy, however, we found no evidence that addressing the student debt crisis is a major program or initiative of any significant private funder. As of today, addressing this crisis isn’t a trend. 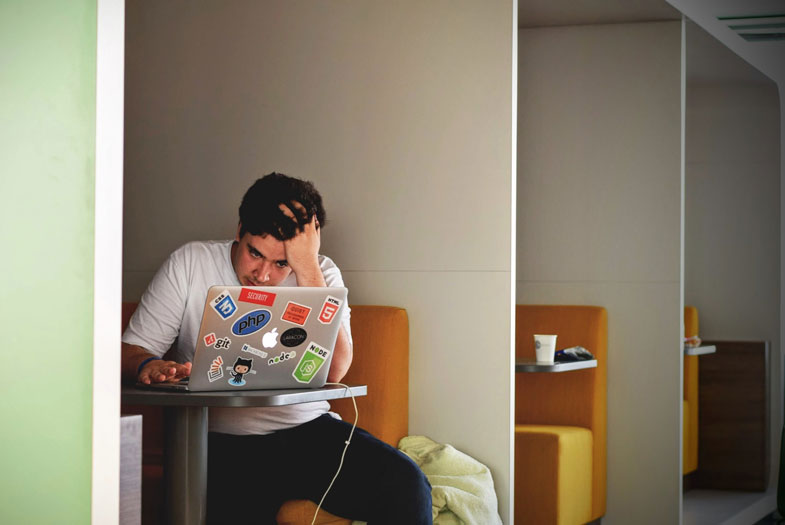 Student debt is a social and racial justice issue

The data on student loan debt presents a stark imperative for anyone wishing to work on strengthening civil society and advancing social justice. A few key points from across research publications illustrate the situation:

‘Almost 90 per cent of borrowers who default on a student loan received a Pell Grant because their income and wealth was low when they applied to college. Almost 46 per cent of defaulted borrowers went to a for-profit school, even though they represent only 9 per cent of students. Half of defaulters never completed a degree…’

Where philanthropy is making moves

Innovation does exist. Rolling Jubilee began in 2012 as a project of Strike Debt, an offshoot of the Occupy Wall Street movement. This organization purchases debt (of all kinds, not only student loan debt) that has become “delinquent” through non-payment, often at a fraction of the debt’s full value. Then, instead of collecting that debt, Rolling Jubilee informs the original borrowers that their debt has been erased. In almost a decade of operation, Rolling Jubilee has ‘cancelled’ nearly $32 million in debt.

In Michigan, the Council of Michigan Foundations (CMF) is working with state policymakers, community foundations, and the Michigan Association of State Universities (MASU) to address the issue of scholarship displacement — a reality that can increase a student’s loan burden.

Most recently, CMF and MASU convened a group of financial aid directors and foundation scholarship staff in February 2021 to review recommendations for change. The partners have also created a toolkit for foundations, nonprofits, and communities looking to raise awareness about and address this issue.

Additionally, the California Association of Nonprofits hosts the Nonprofit Student Debt Project and accompanying toolkit. However, we were not able to find any information on its impact so far.

Of course, there is also a vast universe of philanthropic scholarships available for students of all backgrounds, interest areas, and education levels. Community foundations, family foundations, sports teams, schools, individuals, and others dedicate countless hours, dollars, and snippets of advice to supporting scholarships and scholarship recipients. According to data drawn from the National Postsecondary Student Aid Study[8], 2016 (the most recent data available) saw the total number of scholarships awarded to undergraduates at just under 1.6 million, and their total value at $6.1 billion.

Alumni giving, foundation grants, and other philanthropic funding sources can significantly impact the costs of higher education that are passed along to students. Interestingly, the Covid-19 pandemic seems to have had an up-and-down impact on this giving in 2020 and 2021.

While some institutions, like Cornell University[9] and Virginia Tech[10], saw record-breaking donations during the pandemic, their experiences were clearly unique. A survey of development officers from the U.S. and Canada conducted by EAB[11] revealed that 54 per cent of institutions surveyed saw a significant decline in overall giving in 2020. A median drop of 9.4 per cent in new gifts and pledges was driven mostly by a decline in major gifts over $25,000.

What’s more concerning … is the overall drop in the number of donors that development officers were able to engage during the pandemic: about a quarter of respondents reported seeing a 20%+ drop in their donor pool.

What’s more concerning, the report notes, is the overall drop in the number of donors that development officers were able to engage during the pandemic: about a quarter of respondents reported seeing a 20%+ drop in their donor pool.

So far, philanthropic interest in reducing students’ financial burden via the institutions themselves doesn’t seem to be moving much. According to a report from Indiana University’s Genevieve Shaker, ‘The proportion of gifts directed toward institutional-level student financial aid was relatively flat over the last fifteen years, topping out near 13% in 2018.’

We have likely all heard the anecdotes that alumni who are still paying off their student loans each month feel little motivation to pay their alma maters even more by contributing philanthropically.

However, research from GiveCampus suggests the opposite is true. Researchers found that, among 1,000 survey respondents, those college graduates who were still paying down their loans were three times more likely (34 per cent) to have made a donation to their alma mater in the past year than those who had no loan burden (12 per cent).

Perhaps unsurprisingly — and despite Shaker’s finding mentioned above — when presented with an array of causes their gift could support, ‘funding for scholarships’ was the clear favourite, with 57 per cent selecting that option.

A call to action on student debt and philanthropy: let’s start a ‘trend’

Social change is often thought of as a generational endeavour. Change takes time; culture and policy move slowly. But consider the year 2001 — does it feel that long ago? Somehow, it feels like yesterday, and yet, 20 years is a generation.

Within that same 20-year period, specifically from 2000 to 2018, the racial wealth gap between young Black and white college graduates increased by 57 per cent, in no small part due to ballooning student debt[12]. When our challenges can move and amass that quickly, ‘generational’ has to become the work of today.

[F]rom 2000 to 2018, the racial wealth gap between young Black and white college graduates increased by 57 per cent, in no small part due to ballooning student debt.

Philanthropy has the capacity to both respond to immediate crises and to work on a multi-generational scale. That’s what we’ll need to solve the student loan debt crisis now and to help millions of families recover their capacity for education-driven wealth generation.

Because we’re not just talking about mass debt relief. As Kevin Carey points out, ‘The American higher education system is a gigantic debt-producing machine with no one at the controls… So if nothing else changed, the day after any kind of mass loan forgiveness went into effect, the tide of debt would begin rising again’.[13]

What we are talking about is mass innovation — a movement philanthropy could help incubate, fund, and implement. That’s the challenge I put to you. Let’s make this a trend.

Tory Martin is Director of Communications and Engagement at the Johnson Center for Philanthropy. Tiana Hawver contributed to the research of this article.

This article was originally published by the Johnson Center for Philanthropy blog on 5 October 2021. It is being shared in Alliance with permission.