Is there a role for philanthropy in catalysing a shift to sustainable value chains?

The world’s garment and textile industry reached US$3 trillion in turnover in 2011, encompassing clothing, textiles, footwear and luxury goods. What’s more, it directly creates more than 20 million jobs around the world. But pressure on social and environmental performance is mounting. The Rana Plaza disaster that killed 1,133 workers earlier this year when a factory collapsed in Bangladesh’s capital Dhaka served to bring safety issues and working conditions more generally to global attention. A European buyer- 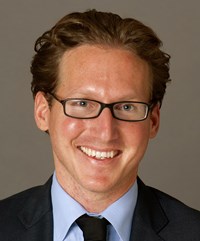 funded Accord on Fire and Building Safety in Bangladesh and a US buyer-led Alliance for Bangladesh Worker Safety were set up in response. These efforts are meant to promote independent inspection of factory buildings in Bangladesh and enforce fire and safety standards. Participating retailers commit to ensuring that repairs are carried out and funded, and that workers continue to be paid their wages when safety issues are identified.

Such initiatives are important, particularly in a country like Bangladesh where 90 per cent of buildings are not compliant with building codes. The larger question, though, is: how can we reach a situation where sustainable value chains (ie the transformation from inputs to finished products under improved working conditions and a minimized environmental footprint) become the new normal? And – relevant for the readers of Alliance – is there a role for philanthropy in catalysing this shift?

The underlying issues certainly fall into the purview of philanthropy. Millions of low-skilled workers frequently end up operating chemicals and machinery they are not trained to handle. They have to turn out garments in a breathless rhythm even though they often do not make living wages. These workers, who are 80 per cent female, have child-rearing responsibilities, and some are migrants, forced labourers or child labourers. Non-profit organizations, funded by philanthropy, already work with many of them on education, gender and health issues.

But we are nowhere near solving the problem even though a host of non-profit initiatives and projects are at work on some aspect of it. To begin sorting out a more effective way forward, Impact Economy – a global impact investment and strategy firm – has released a new report titled Creating Sustainable Apparel Value Chains (written by a co-author of this post, Dr Maximilian Martin).

It provides some good news: solving the problem rather than merely managing it is now possible. But progress will remain elusive in the absence of a systems perspective – meaning an understanding of the ecosystem of factors and stakeholders influencing the outcomes, and the feedback loops involved – where the different players from the private, public and social sectors (including philanthropic actors) collaborate and bring their particular strengths to the table.

The report finds that the following factors will significantly influence the likelihood of success:

Finally, and most pivotal for all those already engaged in Bangladesh and other sourcing countries: the role of philanthropy could be catalytic. Given the complex systemic challenge at hand, stakeholders need to enter where they have comparative advantages. Frontrunner clothing companies can bring best practices in sourcing; NGOs bring the issue the awareness and street credibility that is needed; and governments can redefine the rules of the game.

What about philanthropy? Other industries have seen remarkable improvements stemming from multi-stakeholder collaboration. The World Cocoa Foundation, for example, has improved the livelihoods of over half a million smallholder farmers. The GAVI Alliance, the Global Fund and the International Aids Vaccine Initiative are also great illustrations of effective product development partnerships – dynamic cross-sector partnerships that develop innovations like vaccines, tools, or technologies aimed at achieving impact – initiated with philanthropic funds.

Imagine if philanthropists chose to be similarly ambitious and set in motion a transformative initiative that built on the work of the Accord and the Alliance. What would be possible with a holistic and longer-term view?

Maximilian Martin is the founder and global managing director of Impact Economy.