A few weeks ago, Fondation de France and the Centre for Philanthropy of the University of Geneva (GCP) hosted a unique event gathering leading European foundations and academics to reflect on current and future perspectives on philanthropic practices. 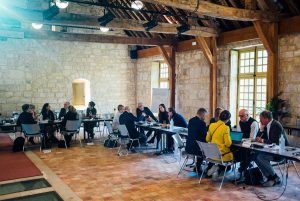 We initiated the project more than two years ago and the immense challenges that Europe and the globe have recently faced – from the global pandemic to the conflict in Ukraine – have only reinforced our initial intuition that a profound collective reflection on the role, scope and responsibility of philanthropy within our societies is much needed. The European Academy of Strategic Philanthropy (EASP), held at an Abbey just north of Paris provided 25 CEOs and leaders from European foundations with a perfect environment to question and explore together the stakes, the limits but also the opportunities that European philanthropy faces today. Because this event is the result of a partnership between a foundation – Fondation de France – and an academic institution – the GCP – we carefully designed this event to promote exchanges among practitioners and cutting-edge academic researchers.

Given the current socio-political context, today more than ever I am convinced of the need to go beyond national borders, to (re)think our own philanthropic engagements and to (re)connect philanthropic practices across Europe. During the Academy I witnessed how the richness and diversity of our experiences, together with our knowledge of the different contexts in which we live and work are key assets for the sector. First, these assets clearly allow us to draw on our complementary expertise in philanthropy to compare and understand different practices and perspectives. Second, they can fruitfully ground a joint intelligence effort in order to explore the domains and skills that our sector needs to be able to face current and future global challenges. 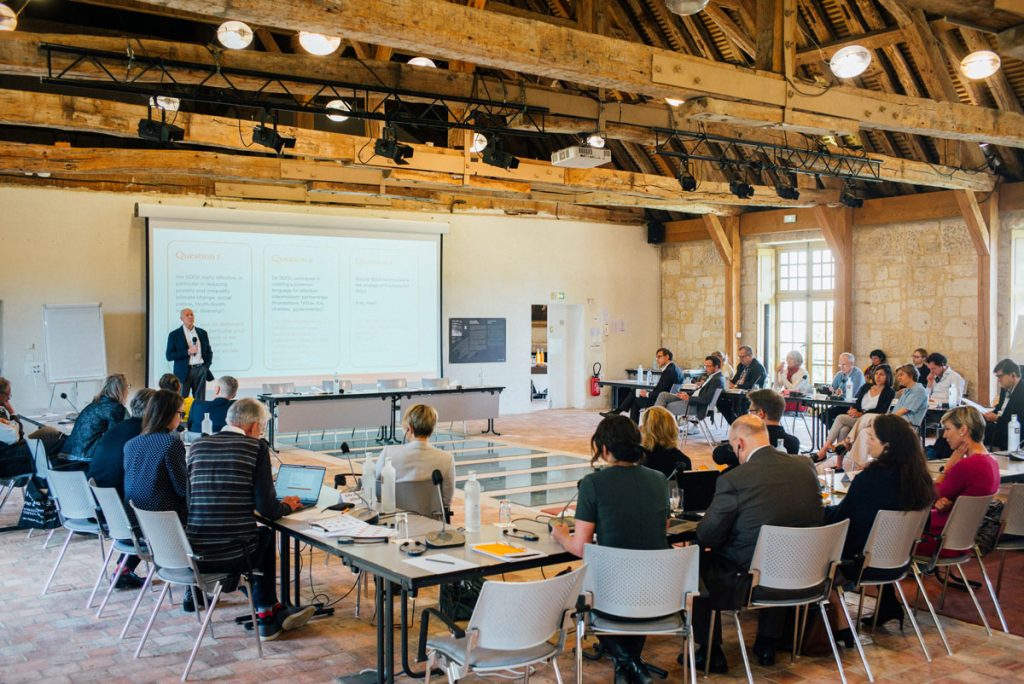 Perspectives for the future

Six key themes emerged from our collective brainstorming which, I hope, will provide further insight into the journey towards the European philanthropy of tomorrow.

The first point relates to the role and scope of foundations. Why do foundations exist and what is their mission?

This major issue opens up an array of social, legal, political and ethical questions that foundations ought to reflect upon. These include the role of foundations within democracies, their scope of action in relation to other private, public and state actors, the space that ought to be given to the (by essence subjective) emotions at the basis of any philanthropic initiative, and whether altruism is a duty or a virtue. Answers to this question will certainly vary, according to the social, legal and political contexts in which foundations operate. Yet, they all speak to the need to reflect upon the responsibilities that foundations bear for the societies in which and for which they operate.

The second aspect I want to highlight is time.

If we were to translate foundations’ visions and missions on a timeline, what impact would that have on their decisions and behaviour? Foundations are largely set up without an end-date, as if they were supposed to last forever. Yet, we may want to question whether such a timeframe is the most appropriate for philanthropy, as demonstrated by the very existence of the so-called ‘sunsetting foundations’ that schedule an end-date to their activities. Short-term vs. long-term, though, is not just a matter of foundations’ lifetime. Foundations also need to consider the fine balance between long-term action to tackle deep-rooted social issues and immediate interventions to address urgent matters such as the environmental crisis. Time then inevitably relates to funding: foundations can only benefit from reflecting strategically on their capacity to adapt to different time constraints and adapt budget allocation.

The third point that needs mentioning is risk-taking.

Lately ‘impact’ has become a keyword in the philanthropic space. Pushed to its limits, a constant focus on measuring the impact of the projects supported has meant that, at times, foundations have not financed projects whose impact was not guaranteed or financed on a pay-by-performance basis. Whilst social impact remains a key component to assess the relevance of certain projects, foundation should accept to take the risk to fail. Financing initiatives for which the impact cannot be immediately measured, or which other actors would not necessarily support can open up unexpected avenues, opportunities and results. Taking risks, going beyond a certain ‘comfort zone’ and supporting innovative projects should be an inherent component of philanthropic initiatives.

The fourth aspect relates to the importance of sector and broader partnerships.

It was clear from our discussions that if a foundation aims at being catalytic, and engage systemically with social, political, health and environmental issues, it cannot act alone. Sustainable Development Goal no. 17 explicitly captures this precept, calling for the need to establish greater local, national, regional and international partnerships among stakeholders be these foundations, governments, NGOs, IOs or corporations. Partnerships are therefore not only about collectively financing initiatives, but also about joining forces, competences, visions that can stimulate creative approaches whilst fostering deeper transformations.

The fifth theme that emerged from our exchanges relates to transparency and data.

In a world in which, rightly or wrongly, many philanthropic initiatives and foundations come under criticism, it is key to communicate well and be transparent about functioning, activities and missions as well as achievements and failures. Access to data can only be beneficial to all and at every level, whether in relation to internal practices of ‘good governance’ or when constructing stronger bridges between foundations and other stakeholders and enable to improve efficiency.

The final point I want to mention is the importance of supporting education and research to better understand, debate and improve knowledge on philanthropy and on the social, political, environmental, and health issues that the sector tackles.

Multidisciplinary research seems essential in this regard, especially because philanthropy is multi-dimensional and cannot be captured by any particular traditional discipline. Brainstorming platforms such as the EASP, where academics and foundations’ leaders have the opportunity to come together to think deeply, to test ideas and adapt accordingly are, we believe, important contributions for a sustainable and innovative philanthropic sector. Philanthropy has now more than ever a role to play in building more inclusive and equal societies. With the EASP, we hope to have created a safe space to exchange and to challenge ourselves, with humility and respect for each other’s perspectives, to work together towards this common goal.

Henry Peter is Head of the Geneva Centre for Philanthropy.