Just Giving conference 2014: can we achieve a just transition without companies? 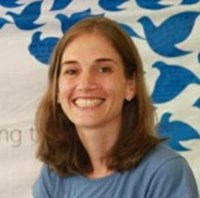 The second day of the conference plagued me with a constant, badgering question. How can we achieve a just transition if we do (not) involve companies in our efforts?

The opening plenary for the day started with a calmly delivered speech on all that has gone wrong in our world by the articulate and seemingly disheartened Dr Walden Bello. His speech ended with a quote accompanied by a drawing of a man’s face being sucked by an enormous squid, which was intended to represent Goldman Sachs, or perhaps capitalism more generally, sucking the life out of humankind. Despite the recommendations he offered to overcome the gloomy situation that has befallen us all, there was little to be hopeful about when Dr Bello returned to his seat.

Only one of the three plenary speakers that morning left room for engagement with companies in seeking social and economic justice for workers. Sarita Gupta of Jobs with Justice said, ‘… we will have to confront corporate power in new and creative ways while wrestling our economy back …’ She advised us to think about the power we have and how to leverage that power. Both Dr Bello and Ms Gupta advised that, while the power imbalance remains, we must learn how to think ahead of the companies, strategically: ‘instead of reacting to what could happen, we need to plan around what we know will happen!’

In the afternoon, I participated in the second of three collective discussions where participants, in small groups, are asked to debrief on their experiences during the conference. At my table, there were eight of us – interestingly, we were all female. This collective discussion was one aspect of the conference that I particularly appreciated and I took the opportunity to raise questions, including the one that really bothered me on that second day: ‘Can a just transition ever happen if we do not include companies in the conversations that are taking place during this conference?’

A couple of members of our group admitted to questioning whether it was better, or not, to go into the belly of the beast to make change. Several others said that they like this conference specifically because it allows them to talk these issues through with like-minded individuals. My initial reaction is that we should be talking about how to talk with companies. Following Dr Bello and Ms Gupta’s advice, we can use these opportunities to prepare our strategy so that we can be prepared and ready when we do find opportunities to engage with companies.

After our collective discussion, I attended a breakout session that spoke directly to my question – The Role of the Private Sector in Financing for Social and Ecological Transformation. The workshop addressed two of my burning questions: is it possible to work with the private sector to ensure social and economic justice? Does engagement with companies necessarily limit our ability to achieve alternatives to the current system? I was glad to finally hear from organizations whose strategies included opportunities to work with companies.

Through the breakout session, it became clear that most of the experiences these organizations shared demonstrated reactive and defensive tactics rather than planned strategies. Several non-profits talked about how they worked with companies that approached them with a desire to work together. The decision to engage was based on the company’s track record and whether both sides’ expectations for the project were acceptable. Another non-profit talked about company projects that were causing so much damage to their community that the non-profit was forced to engage with them. This organization had such a horrifying experience that they can no longer envision the possibility of working in partnership with companies.

On the third and final day of the conference, I joined Fulufhelo Godfrey Netswela from South Africa and Nora Murad from Palestine in presenting innovations in community philanthropy. Much of my presentation underscored the role of companies in contributing to local capacity building and empowerment and LIN’s role in facilitating such partnerships to ensure that the community as a whole benefits.

In Ho Chi Minh City, since Doi Moi and WTO accession, companies have accumulated tremendous resources, which many prove willing to share. LIN Center for Community Development introduces programmes that facilitate partnerships with such companies and local non-profits for shared benefit to our community. In our mind, if corporate HR managers, IT advisers, CPAs and PR experts coach their counterparts at local non-profits, it not only helps to build the capacity of non-profits to achieve their goals but it also helps to build understanding about the choices and challenges companies and non-profits are asked to make. Such understanding is what I believe can lead to better problem solving.

LIN’s model does not make much sense in Palestine, where companies and their staff are currently less resourced than the non-profit community. In Palestine, it is the international NGOs, the multilateral and the bilateral aid agencies that hold the resources that are needed to build local capacity. But, is there any potential for facilitating true partnerships with international non-profit organizations to empower local non-profits and the people of Palestine? Thus, could or should the wrongdoers in Palestine be engaged to help make things right?

Clearly there is deep frustration and mistrust for the companies and institutions that are perceived to be the perpetrators of what is wrong in our communities and our world. What is not clear is how we can solve the enormous challenges of today if we decide to generalize or stereotype companies and institutions and if we intentionally choose not to include them in important conversations about social and ecological transformation. As Maria Poblet, from Causa Justa: Just Cause stated during the opening plenary on Day 1, ‘We need to build unity across differences.’ And we will need creativity and imagination to design strategies that build connectivity in order to achieve a just transition.