Just Giving conference 2014 Day 1: whose side will we choose to be on? 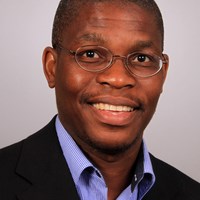 The 29 April 2014, was an important day for philanthropy worldwide as the second EDGE (Engaged Donors for Global Equity) Funders Alliance conference got under way here in Berkeley, CA.

The facilitator opened the conference with a chorus of ‘whose side are you on?’ that forced me to reflect on the duality or multiplicity of sides that mankind has to consider as their personal, social and economic choices for association. Or are there obvious choices really I wonder? How clear are these choices to an everyday person? Or are these choices at all? Are the choices as clear for corporates, or is it survival of the fittest in this economic Wild West?

1. To be one with nature or to destroy our habitat as we know it?

2. To continue the capitalist/corporate greed with an all or nothing profit orientation and the majority of profit for a few?

To complement the chorus, a short video clip (ecology project) by Gopal Dayaneni all about the meaning and importance of the principles of Eco (home) ology (nature/biodiversity) was screened, suggesting that man ‘is/should be’ one with nature. However, man has taken a greedy path of extraction, amassing finite earthly resources at an unsustainable pace.

It seemed by the introduction of the inaugural conference plenary titled ‘components of just transition’ that philanthropy has chosen its side in this ‘struggle’. The discussants (Sarah Hobson, Susan George, Kumi Naidoo and Maria Poblet) provided a compelling argument for the urgency of the required ‘transition’ which should be ‘just’ to all humans and ecology.

The challenge we all face is global and systematic and ordinary people are largely unable to influence major policies that matter. Kumi Naidoo closed by reminding everyone on the that the human race has already run out of time and that the planet needs no saving because it has the power to replenish with or without us.

The big question looms still: whose side are the philanthropic ‘intermediaries’ on? Do we realize that the existence of the philanthropic movement is an outcome of the same extractionist capitalist system? Are we complacent in perpetuating the capitalist trickle down ideology? Naidoo reminded all that in all of history where mankind won, the struggles were characterized by ultimate sacrifice. It seems that the human race has already started an uprising against corporate and political greed worldwide if one chooses to look at it closely.

The subsequent exchanges in parallel sessions were as cross-sectional as they were informative. Look out for my subsequent reports from San Francisco.