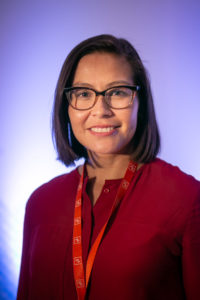 ‘Alejandra began her journey with WKKF nearly a decade ago and has demonstrated keen awareness and empathy for the challenges facing families in our Mexico and Haiti regions,’ said La June Montgomery Tabron, WKKF president and CEO. ‘Her commitment and depth of experience will continue to strengthen our collective efforts on behalf of children, their families and communities.’

In the new role, Garduño Martínez will provide leadership and oversight of the foundation’s longstanding investments in Mexico, Haiti and Latin America and the Caribbean more broadly, to further create conditions that support thriving children, working families and equitable communities.

Garduño Martínez, based in WKKF’s Mexico City office, will lead the foundation’s regional grantmaking priorities in collaboration and partnership with the Mexico and Haiti teams, grantees, communities and other stakeholders throughout the region.