‘Disruption is the only certainty at the moment’, said Namhla Mniki-Mangaliso, director of African Monitor. That sentiment certainly feels true at the moment. The Bond Annual Conference 2017, a major gathering of international development organizations, was filled with open-ended questions of how philanthropy, civil society and even organisational communications can keep up with the changing pace of the world. 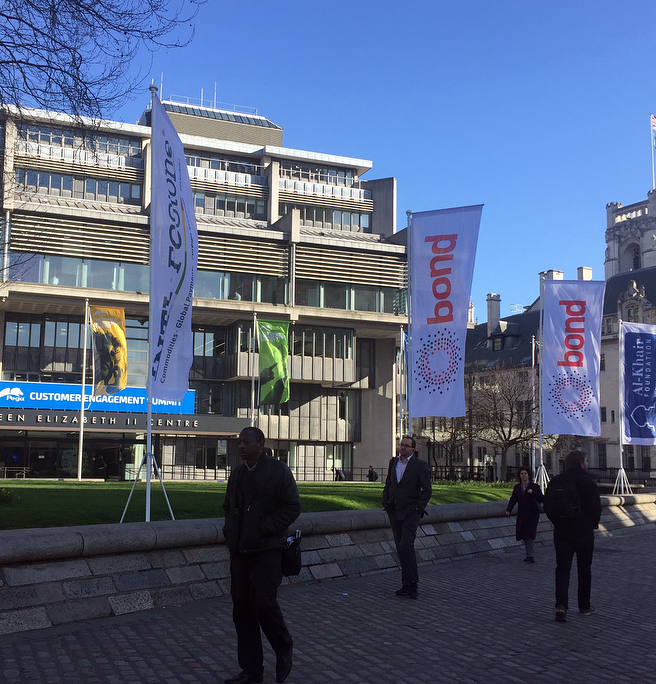 The pace of the day was set with the opening keynote session on the topic of ‘Britain’s place in the world’ a conversation with Alexander Betts of the Refugee Studies Centre, and Mats Karlsson of the Swedish Institute of International Affairs. The tone of the conversation felt apt – Brexit will give Britain an opportunity to consider its values and its place in the wider international community, but it is fraught with uncertainties. Many people and organisations do not know how the landscape will look in the future.

Mats Karlsson emphasised the need to ‘come back to science, facts and verifiability’ in the wake of Brexit, with Alexander Betts commenting ‘Brexit represents alienation and fear. It represents a retreat of an open, inclusive and liberal society’. Chair of the discussion, broadcaster Lindsey Hilsum mentioned the late UK Member of Parliament Jo Cox, who was murdered in June 2016, as an example of someone who built bridges between liberal internationalism and UK. 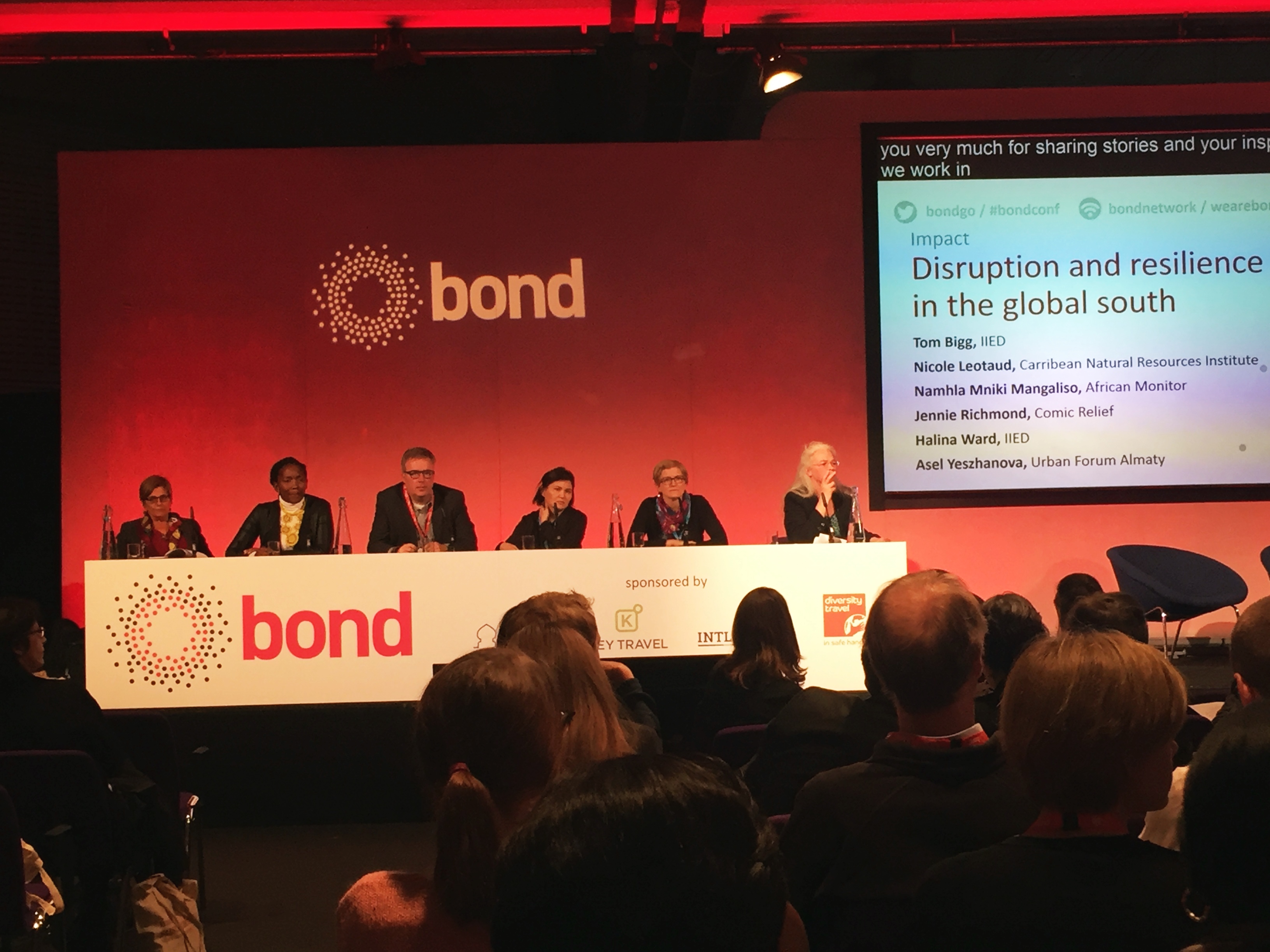 The culmination of the ‘Disruption and resilience in the global south’ session was a profound statement from Namhla Mniki Mangaliso – ‘A kite flies higher in windy conditions – If we all combined and worked together, wouldn’t that be the greatest disruption of them all?’ A strong question at the end of a strong session. Nicole Leotaud, Executive Director at Caribbean Natural Resources Institute used an analogy of the sometimes disruptive power of organisations working with global south partners, using the metaphor of sharks, crabs and angel fish.

Namhla Mniki Mangaliso asked the rhethorical question ‘If everything in your work was to disappear, what one thing would you need to meet the manadate of your organisation?’, it was a session which made it clear that the global north has a lot to learn from the global south, especially as the south is used to the disruption of change and uncertainty, whereas this is something the north is only recently facing. 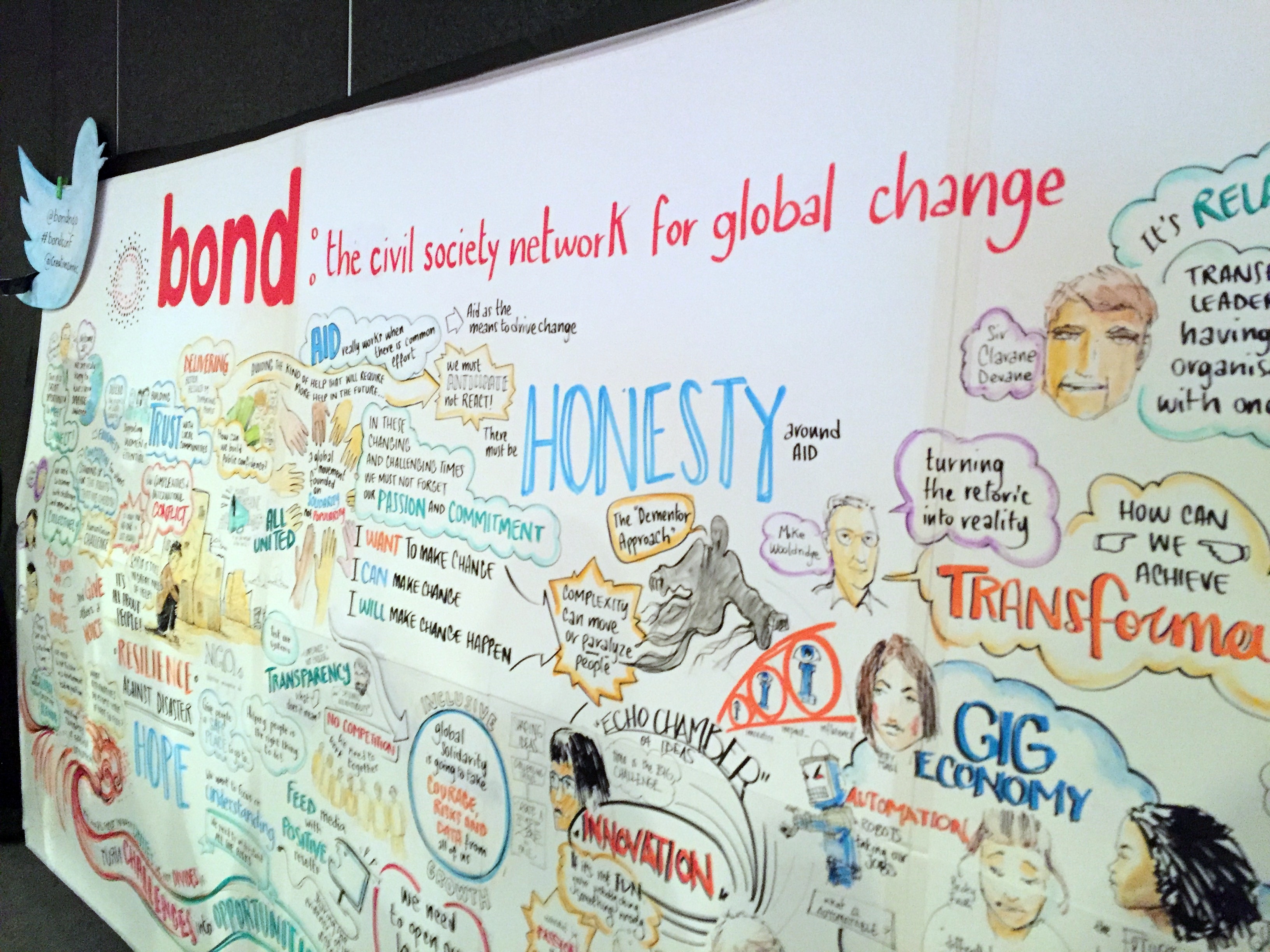 The cartoonist board at the Bond conference.

In the sessions I attended on social media and communications, I felt inspired at how communications professionals across the sector are responding to the changing face of organisational storytelling. Caitlin Ryan, MSF migration campaign manager told the audience in the ‘4 social media campaigns I wish I’d run’ session how she took the bold move of actively responding to trolls on Twitter, to Theo Clarke, director of Conservative Friends for International Development, and Peter Foster, reporter for The Telegraph, discussing the importance of sharing personal stories though social media platforms. Throughout the communications sessions, it was clear there is an overriding need for real, personal storytelling to share our organisations’ stories and connecting with the rest of the sector.

The conference concluded on a positive note – Jamila Raqib, executive director of the Albert Einstein Institution, and Leymah Gbowee, peace activist and Nobel Peace Prize winner gave inspiring speeches of hope to the conference attendees. The words of ‘resistance’, ‘solidarity, and ‘strength’ were the watchwords of their addresses. 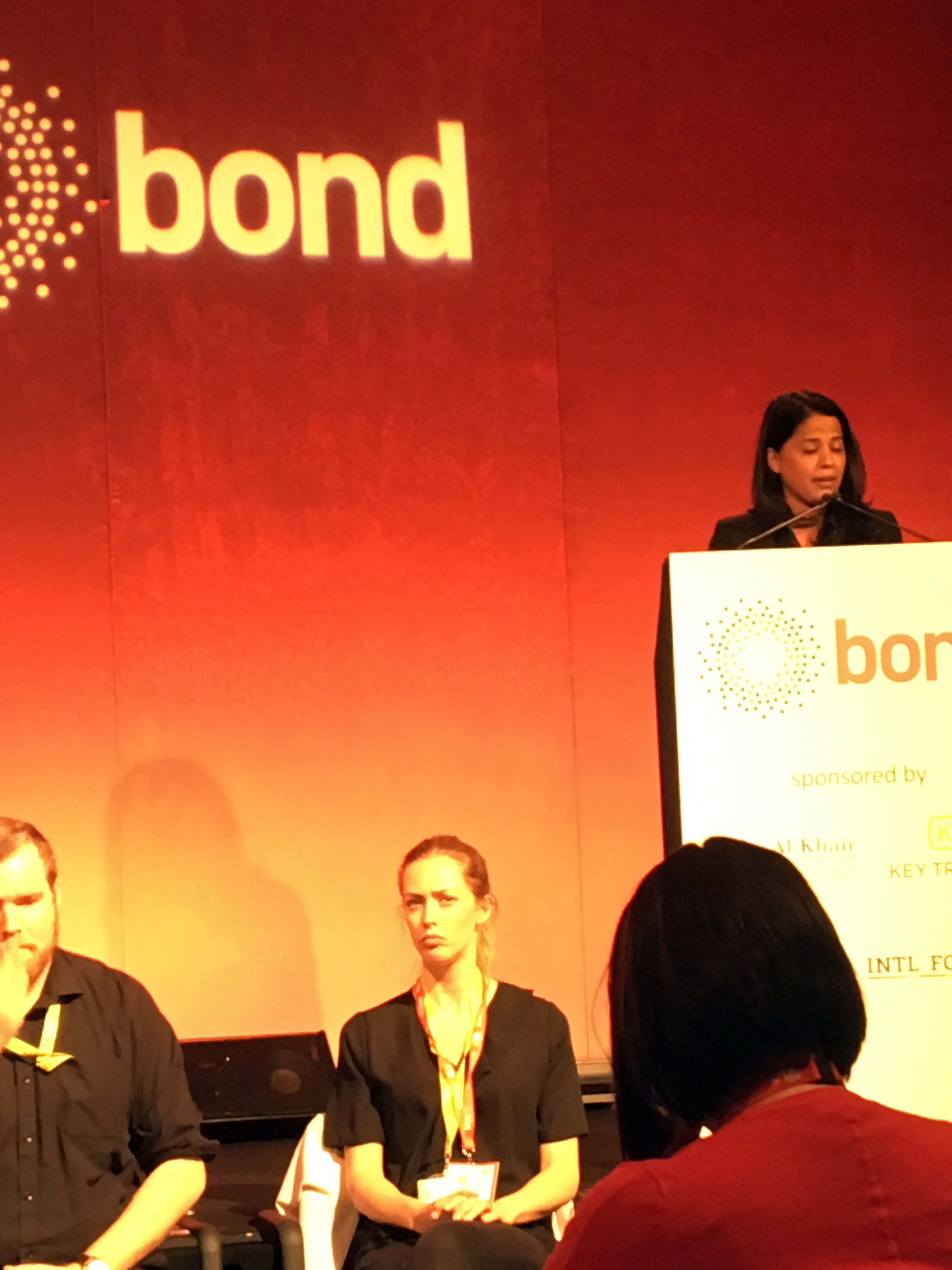 Jamila Raqib commented ‘We are living in a time where dictatorship and democracy are becoming harder to define. We work for the voices in the dark that go silent, sometimes never to be heard again’, while Leymah Gbowee posed the question to the audience ‘How can you achieve true global peace if you do not believe it is possible?’ Leymah also challenged each of us to make one decision every day to make one person’s life better that day.

The Bond Conference felt both uplifting yet there was a resounding sense of solemnity amongst the attendees and the speakers. The overall sense was that the world is changing and there may be a dark cloud of uncertainty looming overhead. However, if organisations keep sharing their viewpoints, keep challenging the status quo, and keep elevating voices which wouldn’t ordinarily be heard, the sector will keep its head above the proverbial parapet.