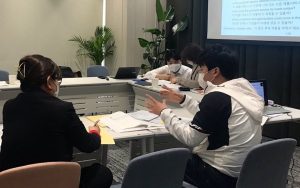 Personal Initiative Training, the name of the programme, was developed in Germany during reunification to close the cultural and economic gap between workers in East and West Germany. The programme will specifically support North Korean refugees that are working towards becoming entrepreneurs. According to the Hana Foundation, roughly 40 per cent of the 34,000 North Korean refugees in South Korea aspire to become entrepreneurs.

According to the Asia Foundation, 67 per cent of participants in the programme said they had improved their profitability within three months of completing Personal Initiative Training.