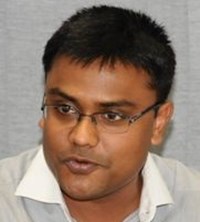 This is the first of two blogs looking at India’s new CSR legislation. This will look at what the new legislation means; the second will look at some issues for companies and NGOs arising from it.

Philanthropy in India is gradually scaling up and being institutionalized, as is evident from the recent mandating of the corporate social responsibility (CSR) regime in India. As of 1 April this year, Section 135 of the Indian Companies Act 2013, read together with the Companies (Corporate Social Responsibility Policy) Rules 2014 (the new law), oblige certain companies in India to direct a portion of their profits towards social causes. Some see this as a clear underscoring of the triple bottom line approach by the Indian state, whereby the business of business is no longer business only. 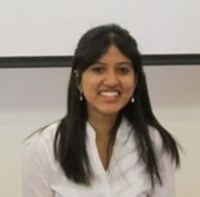 The new law strives to achieve a fine balance between state-motivated and voluntary CSR spending by following a ‘comply-or-disclose’ model. It also details processes and formats for CSR policy framing, monitoring and reporting.

By bringing together vidhi (law), samaj (society) and bazaar (market) through the new law, the Indian government has laid down a national standard for CSR and a persuasive precedent for the rest of the world. If the legislative intent is realized, the new law could result in approximately 8,000 companies contributing an estimated USD 2 billion towards development-related activities in India each year.

The nuts and bolts of the new law

The first takeaway from the new law is that it applies only to companies with a minimum net worth of INR 5 billion, or which generate an annual turnover of INR 10 billion or an annual net profit of INR 50 million during a financial year. This applies not only to Indian companies but also to foreign companies which have branch or project offices in India.

Once a company becomes eligible under these criteria, it is required to set up a CSR committee consisting of at least three directors, one of whom is required to be an independent director. Private limited companies have been permitted a lower requirement of just two directors (whether independent or non-independent). The CSR committee must formulate a CSR policy for the company, setting forth the activities and the company’s proposed expenditure on them. The committee is also required to monitor the CSR policy from time to time, subject to its approval by the board of directors.

The board must ensure that the company is spending no less than 2 per cent of the average net profits made during the three immediately preceding financial years on implementing its CSR policy. It must also keep in mind that certain types of expenditure will not be considered as CSR expenditure. This includes expenditure incurred outside India, political contributions and expenditure incurred for the exclusive benefit of company employees or their families.

Most crucially, the new law limits its definition of CSR spending to expenditure incurred on one or more of ten specific social causes listed under Schedule VII of the Indian Companies Act 2013. The list includes poverty alleviation, nutrition, sanitation, livelihood, empowerment of disadvantaged sections of the society, preventive healthcare, education, gender equality, environmental sustainability, national heritage (including art and culture), veteran welfare, sports, rural development animal welfare and technology incubation. Companies have no flexibility to put CSR spending towards any activities outside this list. The new law also gives preference to spending in local areas of the company’s operation.

The new law also places eligibility restrictions on the types of legal entity on which companies may spend their CSR contributions. The receiving entity must be a registered trust, registered society or non-profit company (collectively, ‘NGOs’), so for-profit social businesses are excluded. Unless the receiving entity is established by the contributing company (or its holding, subsidiary or associate company), the new law also requires that the recipient entity should have a minimum track record of three years of carrying out charitable activities.

Finally, companies will be penalized not for their lack of spending but for their failure to disclose their CSR spending, or to explain publicly why they have not spent the required amount. Thus, the law relies predominantly on the persuasive value of shareholder disapproval or public disdain to motivate companies into undertaking CSR activities. Companies must ensure that they are well equipped to fulfil the law’s strict reporting obligations, since a failure to do so invites a hefty penalty – a fine of up to INR 2.5 million and up to three years’ imprisonment for every officer in default. The board must disclose the composition of the CSR committee and the contents of the CSR policy in its annual report. The contents of the CSR policy must also be published on the company website and the statement of profit and loss must reflect CSR expenditure. If two or more companies are collaborating on CSR activities, each company must fulfil its reporting obligations individually.

Pankaj Jain is a principal and Sanjana Govil is an associate at Impact Law Ventures, a mission-focused, boutique law firm that works at the intersection of start-up, sustainable development, impact investment and non-profit sectors in India.