Locally stronger with friends abroad: a cross-cultural approach to philanthropy 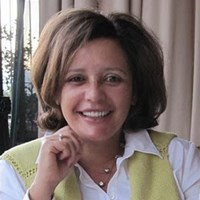 While the Brazilian press broadcasts to the world that Brazil is the 7th largest economy in the world, 11th in terms of new millionaires and, more recently, third in 2013 GDP growth (surpassing even the US), the same enthusiasm hardly resonates with the philanthropic press. The 2013 World Giving Index, for instance, shows that despite its economic strides, Brazil ranks a mere 91st among 135 countries surveyed.

Although it is the largest economy in Latin America, Brazil’s generosity falls far below that of its Latin American counterparts – Colombia (31), Chile (35), Uruguay (45) and Bolivia (54).

Those dedicated to the third sector in Brazil must work hard to create a strong culture of giving, to change the dominant cultural perception that says: ‘it’s the government’s job to take care of the poor because Brazilians already pay high taxes.’ This is a tough environment for any NGO, but even more for small NGOs whose operations are highly vulnerable to fluctuating donations.

It is to respond to these small organizations that the US non-profit, One World Children’s Fund (One World) exists. Based in San Francisco, California, it has nurtured hundreds of grassroots organizations and touched the lives of over 500,000 children across developing countries, while remaining faithful to its mission of ‘uniting people to improve the lives of children affected by poverty’.

After 20 years promoting business in the USA for Latin American companies while working at US corporations, I wanted to transfer my skills to philanthropy. I was introduced to One World and found its model very unique. One World invites individuals to join them as a Champion for a particular grassrootsorganization, while committing themselves to fundraise and help develop the chosen organization.

After a short period as a volunteer at One World, I soon found a perfect Brazilian match: Crea+. Based in São Paulo and 100 per cent run by volunteers, its mission is to transform public schools by unlocking their gates every Saturday to teach math, sports and leadership to disadvantaged students.

One World and Crea+ have great synergy in their innovative approach to solve social problems. Founded by Roberta Machado after returning from studies in the US, Crea+’s recruiting video speaks for itself: first, it asks the targeted young audience, ‘Must education in Brazil change?’ Then, anticipating an adamant yes, the video follows with an invitation, ‘Come be part of it.’ In other words, it places on the shoulders of young Brazilians the responsibility of helping to solve social problems.

This is a refreshing approach: rather than just asking for donations, it redefines citizenship. And young professionals in São Paulo are accepting the challenge. Among its impressive management, the organization counts such talents as Priscila Santos, a physicist with a passion for education; Raquel Coelho, an economist who enthusiastically heads marketing; André Hirata, an economist who oversees operations; as well as the hundreds of committed volunteers who dedicate their Saturdays to fulfilling Crea+’s mission of narrowing the educational gap in Brazil.

Since Crea+ joined forces with One World, through my work as a Champion and as a philanthropist donating both time and money, it has had access to fundraising in the US and marketing opportunities to strengthen its brand. On 3 October, during One World’s Annual Benefit Luncheon, I will have the opportunity to be an ambassador for Crea+ and their work as I introduce them to hundreds of philanthropists in the Bay Area. This cross-cultural approach legitimizes the social agenda that ‘every single child in the world deserves education’.

It is an invaluable opportunity for a grassroots organization such as Crea+, and for a newcomer to philanthropy such as myself. The biggest strength is that this relationship is two-way. Together, Crea+ and I build skills in navigating the philanthropic world and creating a culture of giving in Brazil. Simultaneously, by being knowledgeable about the realities of Brazil, One World is well prepared to have a larger impact on the developing world, without falling into the trap of assuming that all developing countries are similar. I feel this is the future of effective, engaged and informed philanthropy.