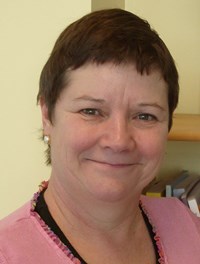 This is the second in our series of responses by contributors to the March issue of Alliance to John Kania, Mark Kramer and Patty Russell’s ‘Strategic Philanthropy for a Complex World’.

We will be publishing these articles throughout this week – starting with Kathleen Cravero’s yesterday. Next week we will publish an article drawing all the threads together. On Monday we published a response from Angela Kail of NPC.

After 20 years as director of the Community Foundation for Northern Ireland I have a confession to make.

Hence I come to the current debate on ‘emergent strategic philanthropy’ (a Kania, Kramer & Russell confection, 2014) as something of an outlier to the in-world of academic conceptualization of philanthropy. Emerging from the clutter of a paper-strewn desk, the more cynical me cannot help wondering if there is a growth industry of academics talking to academics and/or policy gurus employed by well-endowed foundations – perhaps this sector represents an emerging market in itself!

Notwithstanding these wayward thoughts, I am a firm believer in critical self-reflection and analysis, given that philanthropic organizations – no matter how small – have the luxury of financial resources that position them as power-holders. The pity is that all too few acknowledge this fact and what it entails in practice.

So then – how real is the ongoing debate to me, the staff that I worked with and the community based partners that we fund? Well, I can’t say that it keeps them awake at night. Managing a meagrely endowed community foundation in the contested and violently unsettled conditions of Northern Ireland is a sharp lesson in keeping the head down, the ear to the ground and a weather eye on what might be coming down the tracks. We didn’t have to be told to ‘sense the environment’ – or as we termed it ‘keep a finger on the pulse’ – we had to do it to survive. While the science of predicting project outputs, let alone outcomes, for us was more the art form of answering the ‘what if?’ query. What if the peace process disintegrated? What if a fraught marching session set one community against another? Indeed we spent many hours in futile argument with the managers of EU-funded PEACE programmes caveating the logframed target of peace and reconciliation. In the end everybody involved was forced into what I termed ‘a minuet of mutual deception’; we told the EU bureaucrats what they needed to hear; the funded projects assured us that they would meet unrealistic objectives; and we pretended to believe them. And so it went on. Yet the reality was that some exceptionally good and courageous work was supported (including work around the re-integration of political ex-prisoners; provision for victims/survivors of violence and community development with many of the most marginalized and alienated communities), while the lodestar for the foundation was a clear set of values and ethos. It was the latter, rather than any artificial clarity of short-term project objectives, that kept us honest both to ourselves and to our community partners. Yes of course we identified what we would want to see, but all too often it was a case of one step forward, two steps back, along the tortuous path of getting there.

So were we engaged in emergent strategic philanthropy? Who knows – or indeed cares? Certainly we consulted widely as to priorities and actually took the time to listen to those groups and communities that were most affected by poverty and violence. Many programmes had Policy Advisory Committees made up of activists, academics, statutory decision-makers and interested individuals. They were all involved on a volunteer basis, and given the diversity of background and experience every effort was made to avoid any unwarranted collation of exclusionary terminology. Indeed, whenever I ventured to inject a concept or theory picked up through conference attendance or reading there would be audible moans from any grantee within earshot for fear that the community foundation would lurch to embrace a new strategic approach. Change, when it was introduced, had to take account of grantee perception – they were our partners not guinea-pigs and they were never slow to voice their reservations.

So to the nuances of the current debate – I am impressed that Kania, Kramer and Russell admit their disappointment in the results of the previous strategic philanthropy approach; I am less happy, however, with a refurbished narrative which seems to beg, borrow and steal from a pot-pourri of economics, management-speak, astrophysics and ecology. Can we not just recognize that when any funder sets her/himself the task of addressing complex issues, such as social justice and conflict transformation, there needs to be provision for continuous consultation, practice, reflection and change? Is it not possible to have academic challenge and insights without the need for translation?

Although the article shares some elegant quotes (my own favourite from Einstein is ‘Imagination is more important than knowledge’), I was left pondering as to what we might call the place advocated by Kania, Kramer and Russell, where ‘rigor and flexibility meet’ – the philanthropic fitness suite? And is it overly jaundiced to view an ‘emergent strategic philanthropist’ as a newly fledged butterfly weighed down by systems maps? As we shift from strategic philanthropy to strategic philanthropy with the gloss of uncertainty, I still raise my glass to inclusive visioning, trial, error and learning drawn from a clear evidence base and, preferably, presented in everyday language.