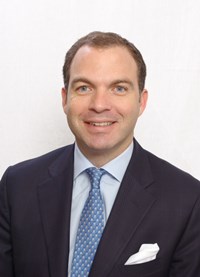 As an attendee of the third annual Stavros Niarchos Foundation International Conference, a watershed event in Greek philanthropy, I had the opportunity to meet, as well as listen to, an array of internationally known panellists within the philanthropic community.

After a long day, one of those speakers – Jennifer McCrea, senior research fellow at Harvard’s Kennedy School – asked the audience to reflect on what ‘SIMed’ (Surprised, Inspired and Moved) us that day. Here are my SIM moments.

I was surprised – but not in a good way –by the new research on youth unemployment conducted by Endeavor Greece and funded by the Stavros Niarchos Foundation. Over the last six years, 1 million jobs (21 per cent) were lost in Greece, and two-thirds of those jobs will not return. This means that the majority of the unemployed under age 35 will need either to change professions or to relocate.

The fact that Greek youth are ill prepared for the job market and lack basic skills did not come as a surprise to me. Our failing educational system does not prepare young graduates for the labour market. As Shawn Bohen of YearUp said of Greece, ‘There is a vast disconnect between what employers think is relevant and what universities think is relevant.’ An audience survey revealed that he’s not alone in his thinking. When asked about the most effective way to address youth unemployment, about four in ten (41 per cent) of those in attendance responded with ‘reform the education system in order to connect to the needs of the work place’, and a similar number (39 per cent) chose ‘train youth in order to acquire skills that fit the private sector’.

What inspired me the most was the emphasis on cultural investments in Greece and the socioeconomic impact of such philanthropic initiatives. Among the noteworthy projects:

Like most countries, Greece aims to use cultural investments for gains in socioeconomic development. At the conference, we discussed several successful examples of such work, including Newcastle in the 1960s, Baltimore in the 1970s and New York City’s more recent High Line project. Cultural tourism, or ‘edutainment’, could also be a source of social and economic prosperity for years to come.

Lastly, I was moved by a performance called ‘A Brave New World’ by members of Cerebral Palsy Greece, which reminded me why I do this job and that the true meaning of philanthropy is ‘the love of humanity’.

Those of us in the philanthropic world often forget this, but the co-president of the Stavros Niarchos Foundation, Andreas C Dracopoulos, summed it up in one eloquent sentence: ‘Those of us in giving and receiving must be concerned about what is good.’

Epaminondas Farmakis is president and CEO of elpis philanthropy advisors.

elpis is a consulting company focused on helping philanthropists, donors and foundations develop and implement sustainable, efficient programmes. It is primarily focused on issues in Greece, Southern Europe, the Balkans and the Middle East.