Market-Based Solutions: Getting them to Scale

In Tanzania, the number of active users in the mobile money industry grew from just 170,000 in 2009 to over nine million by 2013. The Kenya Tea Development Agency – which is wholly owned by the 560,000 smallholders who grow tea for it – is the second-largest exporter of tea in the world. The Indian microfinance institutions (MFI) industry services over 33.8 million borrowers. These are three outstanding examples of market-based solutions to poverty that have achieved impressive scale. They are creating impact and improving the lives of millions. What are the secrets behind their success? Answering this question could help unlock the true transformative potential of market-based solutions to poverty. 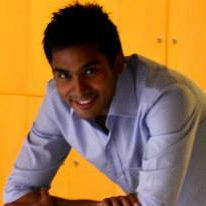 Our new report, Beyond the Pioneer: Getting Inclusive Industries to Scale, looks at case studies across Asia and Africa to try to understand how inclusive business models have overcome scaling barriers and accelerated growth. Having previously presented the scaling barriers (click here to read part 1 and 2 of this series), in this final installment we discuss how barriers can be overcome and who can help.

The firms were certainly at the center of the success stories that we studied – they were innovative, resourceful and displayed exceptional leadership. What was equally critical to success, however, was the role played by a variety of ‘industry facilitators.’

In dozens of cases that we studied, the range and difficulty of scaling barriers were such that the firms were unlikely to resolve them on their own. They either simply lacked the resources and influence to do so effectively, or were dis-incentivized from taking the initiative. It is precisely when these kinds of intractable barriers emerge that industry facilitators can play a vital role, by acting to help resolve scaling barriers to the benefit of many firms, not just one.

The versatility with which we saw facilitators intervene showed us that industry facilitator is a role that can be played by a variety of actors. Those who could potentially fulfill this role include: foundations and aid donors; mission-driven intermediaries; multilateral development agencies; state agencies and parastatals; industry associations and even investors.

The role of industry facilitator does not end once scale is achieved. In fact, scale itself brings with it new challenges such as the politics of serving the poor or the increasing pressure of commercial investors. We saw an example of these challenges in the case of the Indian MFI industry where, in 2010, the suicides of over-indebted clients were grabbing national headlines and sparking a political backlash. Sustaining scale requires that both firms and facilitators prepare for and address the new challenges that are often a corollary of scale.

The proliferation of market-based solutions to poverty has been one of the most exciting developments in the fight against poverty in recent years, and their lack of scale has been one of the great disappointments. The urgent challenge of the day is to help these solutions achieve scale, so that they can touch and transform the lives of the billions who suffer the consequences of poverty. We invite everyone interested in market-based solutions for the poor to read our report and engage in this important conversation, to help fulfil the rich promise of impact from these new models.

Beyond the Pioneer: Getting Inclusive Industries to Scale by Monitor Deloitte will launch on the 7th of April 2014 and will be available for download at http://www.beyondthepioneer.org