About Artemisa Castro
Artemisa Castro is executive director of the Fund for Solidarity in Action (Fondo Acción Solidaria – FASOL) in Mexico. She is also a member of the Global Funders Alliance for Social Environmental Action, whose aim is to advance support for grassroots action on socio‑environmental challenges around the world. 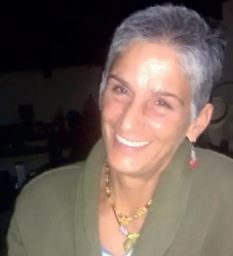 A biologist by training, she founded a local organization in Baja California Sur in the 1990s to promote community action to improve local social and environmental conditions and to empower local women. This led to her collaboration with a group of environmental activists and ultimately to the founding of FASOL in 2007.

FASOL is the first socio‑environmental fund in Mexico dedicated to supporting grassroots community action through a programme of small grants, mentorship, capacity building and networking. It brings together community foundations, family and corporate foundations and others. It has supported more than 700 community groups across Mexico to achieve, among other things, the advancement of sustainable agriculture and an increased community voice in policymaking on the critical issues that affect communities.

In her own words…
“I am a biologist and spent ten years working as a fisheries researcher. In 1997 I moved to the civil society sector and founded a small NGO to work with local fishermen, where I got involved in the social problems around natural resource management. I was invited to be part of the Mexican board of Global Greengrants Fund in 2002. After a few years, we began to explore the possibility of raising a larger amount of money from Mexican sources. Greengrants made a commitment to continue supporting us. This made it easier for us, so FASOL was launched in 2007.

I think our biggest achievement is raising awareness about social and environmental issues among grassroots groups. Even though we continue to be a small fund, we are now known throughout the country, and grassroots groups can identify a source of funding that is based on trust. Other funders, Mexican and non‑Mexican, know we are there and that we have a model that works and that can help communities to protect their natural resources and their territories, and to work for more sustainable, just and harmonious development in their communities.

The biggest disappointment for me is to see how reluctant Mexicans still are to adopt more progressive ways of doing things. Mexican donors talk about sustainable development or even human rights, but the truth is that, when you talk about social change or supporting the grassroots, you see a lot of reluctance. But I think it’s a process and people have to go through it. I have no doubt that it will change in time.

One of our most successful strategies was to form an alliance with the women’s movement on issues that we had in common and that gave us the opportunity to approach other Mexican funders who were interested in environmental and women’s rights. That was an important step for us because environmental conservation is still a new issue for Mexican foundations in general. Meantime, we will keep working on building alliances with Mexican foundations and other donors. We need to involve Mexicans in this work because we are in the same boat and we can’t go on living in the system we have now.

What happens to the grassroots happens to the privileged, too. Though there is a lot of money in Mexico, our challenge is to get to it. Wealthy Mexicans tend to form their own foundations (mostly corporate foundations). Last year was the first year that we really got Mexican money from a family foundation. We are a very conservative society in terms of philanthropy, and most philanthropic money goes to charitable causes such as the church, schools and specific health problems, etc.

One important obstacle for Mexican foundations interested in grassroots development is that Mexican tax laws make it very difficult for foundations to fund small groups. Groups need to have tax‑deductible status, which is difficult for grassroots groups that may not even be formally organized. But I think the biggest obstacle when it comes to philanthropy is to understand that charity is one thing and being part of the development process is another.

We have formed a coalition – FASOL, Semillas (a women’s fund), Oaxaca Community Foundation, a family foundation (Tichi Muñoz Foundation) and a corporate foundation (ADO Foundation) – to support women’s groups that work on gender and environmental rights. As a result, members are interested in making changes to their own model and strategies, which is a huge step.’