About Audrey Elster
Audrey Elster is executive director of the RAITH Foundation in South Africa, a locally funded foundation committed to financing social justice work. In 2012, she was instrumental in setting up the Social Justice Initiative (SJI), a badly needed development in a country where funding for social change work is thin on the ground.

The SJI raises funds for social justice programmes from high net worth South Africans, a group which has not traditionally supported such work. It works by linking them to social justice NGOs directly, or by receiving funds from them and disbursing them through existing grantmaking structures. To date, it has mobilized over R55 million. 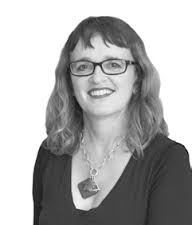 In her own words…
“It has been a very slow burn, but I’m happy that we now have a stand‑alone organization with a board of trustees and its own CEO. She brings new energy, enthusiasm and expertise to the SJI project. In the last two years, we’ve raised R55 million – a substantial amount by South African standards. We have on‑granted R40 million of that to social justice projects and the rest is in a sustainability fund.

In the near future the SJI hopes to raise enough money from its sustainability fund to cover its own operational costs. At the moment, operational costs come mostly from international sources. Part of our value proposition to encourage local philanthropists is to say, ‘This won’t cost you anything. We’ll do the legwork for you, and find grantmakers/projects, etc.’ All of their money can then go directly to the projects.

The slowness of the process has been disappointing. I went into it very excited. I assumed that all wealthy people would have a commitment to the South African democratic project and be interested in funding social justice work; that assumption proved to be wrong. People have found it very difficult to understand what ‘social justice’ is – and this is our biggest challenge, really. It’s not like funding charities, such as cancer associations or the arts; it’s a long‑term proposition and a complex one. We can give people examples, but it’s hard to say in one sentence what social justice is.

The next step for the SJI is to help the new CEO get the project bedded down. I am continuing to work on the difficult parts, which really means the sustainability fund. Most philanthropists like to give money to a project rather than overheads. We need to start looking at how we sustain what is a very small infrastructure – basically a CEO and an admin person. Ultimately, we’d like to be in a position where we can fund projects ourselves from the sustainability fund, but I’ve learned not to wish too big. One step at a time.

We’re still at a point in South Africa where basic service provision is a huge challenge and the pressure remains to support people in their daily struggles, so we wouldn’t recommend every philanthropist to start giving to social justice. But as the country develops, people will need to start thinking differently. South Africa has a giving culture, but the challenge is to get people to invest in long‑term funding for systemic change.
That is happening a bit. I’m part of IPASA – the Independent Philanthropy Association of South Africa. We are all learning about what makes a difference in terms of funding, but it might take another ten years or even another generation for all of us to start funding things that challenge the status quo.’