About Celso Grecco
In 2003 Celso Grecco created what is acknowledged to be the world’s first social stock exchange in Brazil, encouraging both the stock exchange and its companies and individual donors to support NGOs and social entrepreneurs through investment in or donations to their projects. The contribution of the stock exchange was key in promoting philanthropy and engaging companies in Brazil not only as donors but also as strategic partners of NGOs and social entrepreneurs.

Over the last 12 years, BVSA Brazil has raised R$13 million for over a hundred projects, benefiting hundreds of thousands of people. In 2009, the model was replicated in Portugal within Euronext Lisbon. Celso Grecco is co-author of the book Financing the Future: Innovative funding mechanisms at work. In 2008 he was awarded the Vision Award. He is a social entrepreneur, an Ashoka Fellow and a Synergos Senior Fellow.

In his own words …
“I began my career in communications and marketing in 1982, but I was also happily doing pro bono work with social organizations at the same time. Then, at the end of the 1990s, when the idea of CSR was catching on among Brazilian companies, I started an agency called Attitude, one of the first CSR consultancies in Brazil. 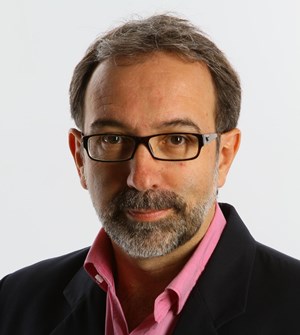 In 2002, the Brazilian Stock Exchange approached me to help find a way for them to get involved in social issues and I came up with the idea of a social stock exchange. For social investors, the social stock exchange is a great endorsement of the NGO they are investing in, because of its insistence on good governance and transparency.

I believe my biggest achievement was to see my idea giving rise to discussions all over the world about the feasibility of creating social stock exchanges – no matter the level of the culture of giving and social investment of each particular country. We got a lot of publicity. Kofi Annan backed the idea and there was a UN case study. The president of Brazil recommended the idea to other Latin American leaders and I got requests for similar initiatives from several countries – Kenya, Mexico, Australia, Ireland, Argentina, Chile, South Korea and the USA – and was involved in advising them on implementing the idea. I also believe that the model was a kind of seed for the impact investing and crowdfunding models.

It’s disappointing, though, that despite the favourable publicity and the many conversations I had with other stock exchanges, it took six years for a second stock exchange to adopt the programme. This was in Portugal, when I was invited by Euronext Lisbon to replicate the model as a pilot for the Euronext network. Apart from that, no other stock exchange has done so. Many others could adopt the idea as a way of fostering a culture of giving among corporations and wealthy individuals, simply because they’re used to the stock exchange environment and trust in it.

I want to carry on, though, and take the model worldwide. I want to partner with local organizations in countries in Asia, Africa, Latin America and Central America, countries where a culture of giving still has to be built.

Maybe the biggest difficulty is to convince governments, corporations and individuals that social organizations, however innovative, will not solve our main social issues. They are too small to be anything but laboratories where remedies for the most pressing social and environmental issues can be tested. However, governments should be responsible for adapting and distributing those remedies widely, through public policies. The social stock exchange helps. Once a solution is identified and proven, the visibility that the social stock exchange gives draws government’s attention to it and puts pressure on them to adopt it.

Brazil still lacks a culture of giving and tax incentives to encourage companies and individuals to donate – maybe one thing is rooted in the other. There are a few initiatives regarding tax benefits, basically for corporations, but most of them are either very specific or very complicated or both.”