About Henry Timms and Asha Curran
In 2012 New York non-profit 92Y came up with the idea of a campaign to celebrate and encourage giving to counterbalance the growing commercialism of Black Friday and Cyber Monday.

So simple is the concept of #GivingTuesday and so strong its appeal that it has spread rapidly, with 40 countries taking part in 2017, more than half of them from emerging or developing countries. 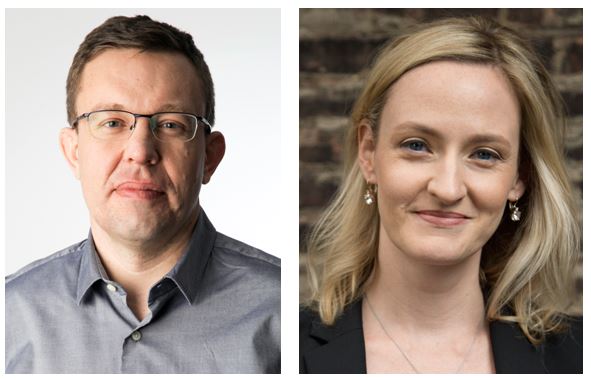 Moreover, some of those adopting the model – among them Brazil, Uruguay, Uganda, Liberia, Russia, India and Singapore – have vastly different philanthropic cultures.

The movement has not only encouraged increased giving, it has inspired creativity and innovation among fundraisers and social impact initiatives and has often also succeeded in overcoming suspicion of the charitable sector in many of the countries of its operation.

To give one example, in Brazil #Diadedoar (as it is known locally) reached 16 million people on social media in 2017 and generated over $250,000 in donations.

If the simplicity of the concept is one reason for its success, the leadership of Henry Timms, Asha Curran and others of the 92Y team, as well as those who have led the campaign in other countries, is another.

92Y developed a deliberately decentralized movement which embraces innovation and co-creation in order to encourage national, regional and local leaders to fit the movement to the needs of their countries.

In their own words…
Henry: ‘The original idea was that after Black Friday and Cyber Monday, two days that are all about consumption, could we create a day that was all about giving and reverse the dynamics a bit?

We also intended that this wasn’t going to be owned by a small number of people so we never branded #GivingTuesday.

It’s now in 100 countries, but its success – and the most important part of the story for us – is because local leaders have made it more meaningful for them and because literally hundreds of people have grabbed this idea and made it more powerful.

Asha: ‘That an idea like this can be so powerful in places that are so different really speaks to something that we all share. There may be pockets or sectors that don’t quite get #GivingTuesday and don’t make the best of it, but we don’t need everybody to love the idea.

What we need is the people who do love it to do great things with it. In the US, we have a relatively friendly policy landscape and history of individual giving and #GivingTuesday is growing fast in some regions where that’s not true.

The leaders in those regions are doing a phenomenal job and we need to think about how we support them.’

Henry: ‘The biggest challenge initially was scepticism – people saying, “We’ve tried this kind of thing before, it won’t work.” Also, we’ve had to learn a lot about distributed leadership.

The leaders are all part of one closed Whatsapp group and they’re communicating with each other just as any team in your office might and supporting each other. It’s a different way of thinking about leadership.’

Asha: ‘That interconnection is really important. Some of the websites that are half a world apart look very similar because they share computer code with each other so they can lighten their resource load.

The need to adopt digital tools and use them in a way that leverages the different ways that people are connecting to causes is key for non-profits to stay relevant individually and as a sector.

For them to use #GivingTuesday successfully is great but my hope is that non-profits use it as a platform to become more innovative, forward thinking and experimental generally.’

Henry: ‘Essentially what #GivingTuesday does is create community. Many times, it’s about groups of people coming together, volunteering together, fundraising together.

The average gift is $100. It’s everyday people stepping up and making meaningful gifts.

At a time when we are increasingly divided in so many ways, those moments where we demonstrate that there are ways in which we are the same is so important.’