About Smita Ramakrishna
Rang De is India’s first online micro-lending website. Its premise is that poverty can be overcome by helping people become economically self-reliant.

Working with partners, Rang De identifies people, primarily women, who will benefit from small loans that can transform their lives. The organization also aims for complete transparency throughout the process. Everyone involved knows the interest being charged and where it goes, and investors, too, are kept in close touch with how their money is spent. 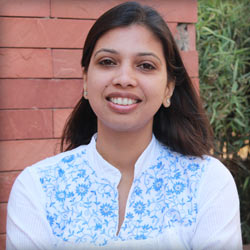 As Stan Thekaekara, of Indian NGO ACCORD, who nominated Smita for the prize put it: ‘What these loans achieve, very simply, is to give people the hope and courage that… with a little help and their own hard work, they can change their lives.’

Rang De also attracts a different kind of giver, small donors who may not previously have seen themselves as wealthy enough to be philanthropists, but who are nevertheless attracted by the modest but significant character of Rang De and who come to realize that they can help to contribute to social change.

In her own words…
‘My partner, Ram, and I decided we wanted to do something in the social space and that crystallised when Muhammad Yunus won the Nobel Prize in 2006.

That was the first time we’d heard of micro-credit and we were so ignorant that we didn’t realize there was already a lot of microfinance in India, but when we began researching, we noticed the interest rates that the borrowers paid were anywhere between 48 and 50 per cent APR and that didn’t make sense.

It’s a tool to get out of poverty so the loans need to be given at affordable costs.

I think our biggest achievement is the fact that we’ve been able to get a lot of first-time givers on to the platform because the minimum amount is set at Rs100 ($1.60). The idea was to appeal to small donors so even students could feel empowered to come online and make a difference.

In some sense, we’ve actually democratized micro-credit. Also, we’re a country where there is a huge trust deficit and to see this kind of contribution from individual members of the public, that’s an achievement.

And we’ve been very transparent. We don’t just share success stories, we also talk about failures. This is something our community of contributors really appreciates.

I think we could have done a lot better than we have. To be honest, we were first-time entrepreneurs and we made mistakes. The platform has potential for us to get a lot more people online and for us to support a lot more communities.

The next step is to see how we can grow this, so that there are more contributors serving more communities and we are looking at how we can leverage technology more effectively to offer financial literacy programmes to communities so they can make informed choices about what kind of loans they take and what kind of financial products they need.

That’s something we’re piloting now and will be scaling over the next few years. Our biggest challenge was that, while crowdfunding and peer-to-peer lending is really commonplace now, 10 years ago, it was a very novel idea and it took us a long time to get people to trust and join the platform.

The second thing was that, in India, there’s not a lot of innovation happening in the development space.

Non-profits in India need to make themselves accountable so donors feel they know exactly where their money is going because that is something that really worries them.

The good thing is, though, that the millennials are really looking at giving back and unlike my generation, where there was a trust deficit, they are ready to try out new things but unless you innovate and catch their imagination, you will not be able to get a lot of philanthropy money from them.

India has this huge population, so how do we actually leverage their philanthropic intentions? That’s really the challenge we need to address.’