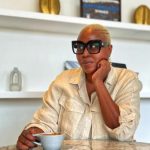 Based in Nigeria, Emerhi brings a wealth of localised philanthropy knowledge about African philanthropy that is helping Alliance globalise its coverage and raise the profile of philanthropy in a part of the world where it receives less coverage.

‘Philanthropy, in the African definition of it, can be captured in the word “ubuntu” which is an ancient African word that means “humanity to others… I am because of who we all are.” It has its roots in humanist African philosophy, where the idea of community is one of the building blocks of society,’ said Emerhi.

‘I am bringing a sense of humility to this role as the Sub-Sahara African Regional Representative for Alliance Magazine because I alone cannot represent the full breadth of African philanthropy. I see this role as mostly “listening” to and sourcing out the many stories, change-makers, and institutions across the continent that highlight the different ways giving and solidarity is being done.’

Funding for the Sub-Saharan Africa Regional Representative role is provided by Badr Jafar, Emirati philanthropist and CEO of Crescent Enterprises.