Xu Yongguang is president of China’s Narada Foundation and emeritus chairman of the China Foundation Center. He has championed transparency in China’s philanthropy sector since his days at the China Youth Development Foundation in the 1990s. Under his leadership, the foundation provided a model of openness unique among government-organized NGOs at the time.

Project Hope, set up under the auspices of the Youth Development Foundation during these years, was a seminal initiative in Chinese philanthropy, successfully channelling private giving to rural education. 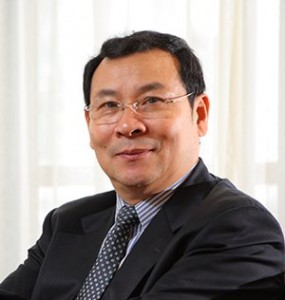 In 2009, Xu co-founded the China Foundation Center, the first initiative to provide fair, objective and independent third-party assessment and benchmarking for China’s 4,264 foundations. In 2014, he was appointed to lead the newly formed Social Enterprise and Social Impact Investment Fund. All of these initiatives have had, and will continue to have, far-reaching importance. They have been instrumental in advancing the cause of Chinese philanthropy, ushering in a new spirit of openness and doing much to disarm public suspicion of philanthropic institutions.

Through his work, Xu has become a key figure in public debate on philanthropy in China. In June 2011, for instance, he mobilized joint action by the sector over the China Red Cross scandal, and he advised the government on donations to local governments during the Yushu earthquake in 2010.

In his own words …
‘It was the voice from my heart that guided me to get into the philanthropic sector. At the end of the 1980s, I was a government official with a very promising future. The Chinese believe that being a government official is the best way to fulfil personal values and make a social impact. However, in return, people need to sacrifice some of their personal freedom. In order to try some new ideas and to make a bigger social impact, I resigned.

I am lucky that the initiatives I really care about and have devoted myself to have come to pass, including Project Hope and the China Foundation Center. In the past 25 years, Project Hope has raised nearly US$2 billion from the general public; it has provided scholarships for over 5 million poor students and built over 18,000 schools in rural China. The China Foundation Center has totally changed the transparency landscape in China’s foundation sector, paving the way for a new era. The Narada Foundation is also at the forefront of new developments in the foundation sector. My aim now is to promote social enterprise and social investment and to enhance the integration between philanthropy and business for greater social innovation.

It’s disappointing that few people really understand what I’m doing or share common values and vision. The greatest challenge I’ve had was going through a very strict investigation on foundation asset management by the government’s supervisory organization. Project Hope is the biggest and most famous charitable project supported by the general public and I had increased the value of public donations through legal asset management. The government supervising organization suspected that some of that investment was for my personal benefit, so I had to undergo several rounds of investigations. In the end it was concluded that there had been no wrongdoing on my part.