As we count down to the unveiling of the 2016 Olga Alexeeva Memorial Prize winner, over the next seven days we will be profiling each of the seven finalists, giving you an insight into their philanthropic work and their diverse approaches to philanthropy. The judges’ winner will be announced next week. All seven finalists will be attending the Global Summit for Community Philanthropy, hosted by the Global Fund for Community Foundations, in South Africa in early December. 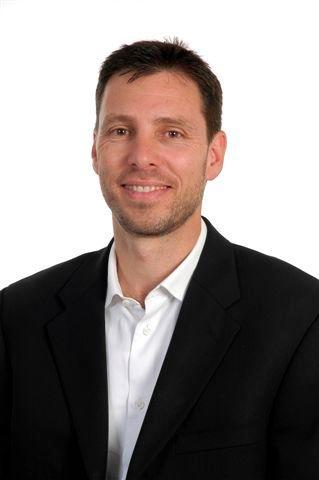 About Paul Bacher
Paul Bacher is the founder of ORTJET, an organization to enable business leaders and practitioners to provide mentorship to struggling small businesses, mainly in South Africa’s Jewish community but also in the broader underpriveleged black community. In 2015, he went on to found the National Mentorship Movement (NMM). Its aim is to recruit 100,000 mentors to mentor 1 million mentees throughout South Africa and to add millions of new jobs to the economy by 2020.

With unemployment in South Africa at 36 per cent, job creation is at a crisis point. Apart from the economic benefits, Bacher believes that mentoring is transformative for mentors as well as those mentored, inspiring those who donate time and skills, promoting a culture of giving, breaking down barriers between people from different backgrounds, increasing social cohesion and, ultimately, building a stronger society.

In his own words…
“I’ve been involved in charities since university days, and my family was always very involved in various community initiatives. In the Jewish view of charity, the highest merit lies in enabling a person to find or keep a job or a business. For a healthy functioning society, financial security is paramount for every family. I had done an MBA and was involved on the periphery of the management consulting world. I thought, why can’t we take the management consulting idea and turn it on its head by offering it for free to businesses in trouble? We’d use the same calibre of people but as volunteers.

The South African Jewish community is extremely generous so I sensed I would be able to recruit a lot of mentors from them, so that’s how it started. Ten years on, ORTJET has about 700 pro bono mentors and we have assisted over 1,000 businesses. The services we offer now include recruitment, training, networking events and an annual entrepreneur competition. We don’t give money.

We transfer skills and experience and help hundreds of people each year to improve their financial situation. NMM came about because I wanted to do this on a national scale. I believe that South Africa has two major problems.

First, high unemployment, which produces all kinds of social and economic problems. Second, while the culture I grew up in was steeped in generosity, we’re becoming more of a culture that asks ‘what’s in it for me?’ If we could do mentoring on a mass scale, we could change the country financially; and if we could get, say, 100,000 of the top people in the country to give back in this way, we could transform the culture of the country, given the powerful role‑modelling from people in positions of power.

My dream is not just to do this for South Africa. Once it works, as I believe it will, I want to take the methodology to other countries in the developing world. For anyone who wants to improve in any area, spending time with someone who is an expert in that area is fundamentally transformational. Everyone in the world should ideally be either a mentor or in receipt of mentoring. I’d love to create a global platform for just that. I want to create a norm that, if you have got skills, you have an obligation to offer those skills to someone who doesn’t have them. The biggest challenge was trying to identify the right technology for NMM.

I didn’t want to build it because it would take too much time and I didn’t believe we had time, but we’ve now found an organization whose technology we can adapt. The second biggest challenge was finding the right CEO, who we now have in place. Luckily, I was able to recruit a powerful steering committee, made up of many of the top business leaders in South Africa, who have been an enormous help.

Many aspects are now in place, and we are running our first pilot test with 1,000 mentees and mentors in August 2016. In terms of South African philanthropy generally, while there is some tax deductibility for gifts, it’s a small amount in percentage terms. We’re behind, say, the US in creating an infrastructure that encourages donations.
There’s not enough of a public culture of giving. When people give in the US, their names go up on the side of the building. South Africa is much more modest. People give money but a lot of big donations are made behind the scenes. I think there would be more giving if there were more overt examples.

Finally, I think there should be more courses on philanthropy or social entrepreneurship at university level. We’re not doing enough to educate people to take an active part in philanthropy, which is a shame, as the country is historically rooted in giving.’