Did you miss the 2016 International Civil Society Week?

Did you miss the 2016 International Civil Society Week? Read the blog coverage below:

Civil society must change itself before it can change the world

This week, more than 900 activists from more than 100 countries are meeting in Bogotá, Colombia forInternational Civil Society Week. We will come together at what feels like a momentous and difficult time for civil society. My colleagues have documented serious threats to civic freedoms in over 100 countries, funding streams for CSOs are drying up, and many of those who dare to speak truth to power are being silenced. Our gathering will take place in the shadow of two brutal murders: that of Berta Caceres in Honduras and Sikhosiphi Rhadebe in South Africa. 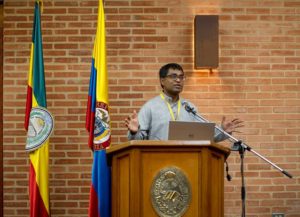 While we must find ways of pushing back against these incursions into civic space, it seems the time has also come for more inward reflection. Having been in this job for three years and having met hundreds of CIVICUS members across the spectrum of civil society, I think the sector’s internal challenges – some of them discussed openly, many often left unsaid – are just as important as any external threat.

Many of these challenges stem from the unbalanced distribution of power, resources and profile within civil society: an imbalance between big and small CSOs, between organised bits of civil society and the rest, and between actors in the Global North and Global South. Read more>

Speaking at a press briefing to mark the opening of International Civil Society Week 2016, Nobel Prize winning Tunisian activist Ali Zeddini highlighted the role that civil society must play if there is to be sustainable peace in Colombia, Venezuela, Brazil and other Latin American countries.‘From the political crises in Venezuela and Brazil to the Colombian peace negotiations, civil society must have a role in the whole peace process, before, during and after’, said Zeddini, who played a critical role in the peaceful revolution and democratic transition in Tunisia.

‘Civil society is the conscience of a people and as such must participate in the defence of the people’s interests,’ added Zeddini. “Tunisia’s example shows that organised civil society can provide education and support to move away from violence and this can inspire other countries.’

BOGOTA, Apr 26 2016 (IPS) – Collusion, according to the dictionary, means “secret or illegal cooperation or conspiracy, especially in order to cheat or deceive others.” That is what the world’s political and economic elites engage in, according to Danny Sriskandarajah, secretary general of the international civil society alliance CIVICUS.

The reason for this is that they are afraid of dissent, the activist from Sri Lanka said Monday, Apr. 25, the first day of the International Civil Society Week 2016 which has drawn 900 civil society delegates from all continents to the Colombian capital.

This is the first time the biannual CIVICUS event is being held in Latin America. Read more>

Civicus also announced its new board of directors. Check them out below: 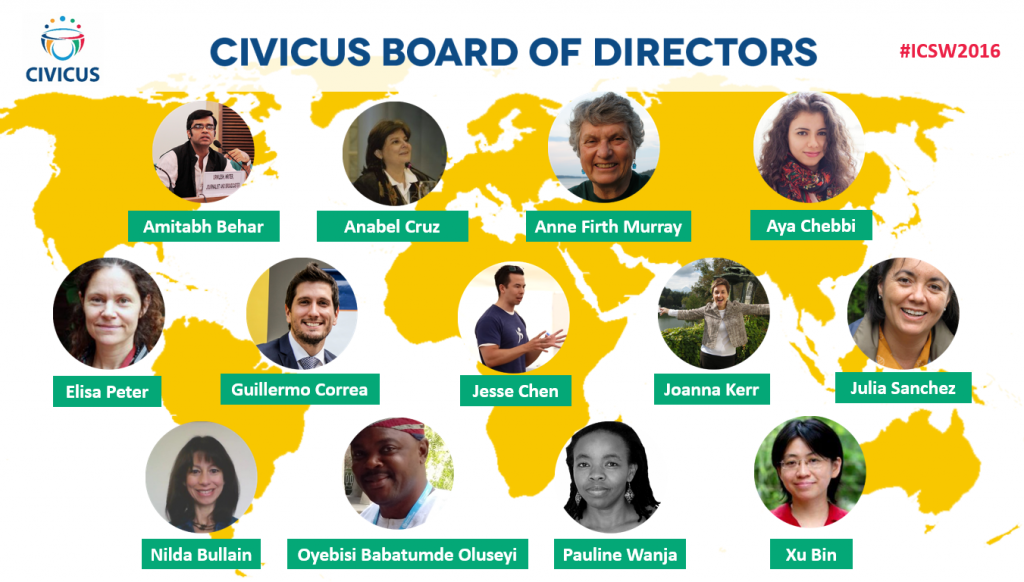