A new report released today by the Council on Foundations and Foundation Center reveals that global giving by U.S. foundations increased by 29 per cent from 2011 to 2015, but over half of global giving is from one foundation, and a lack of funding for climate change. 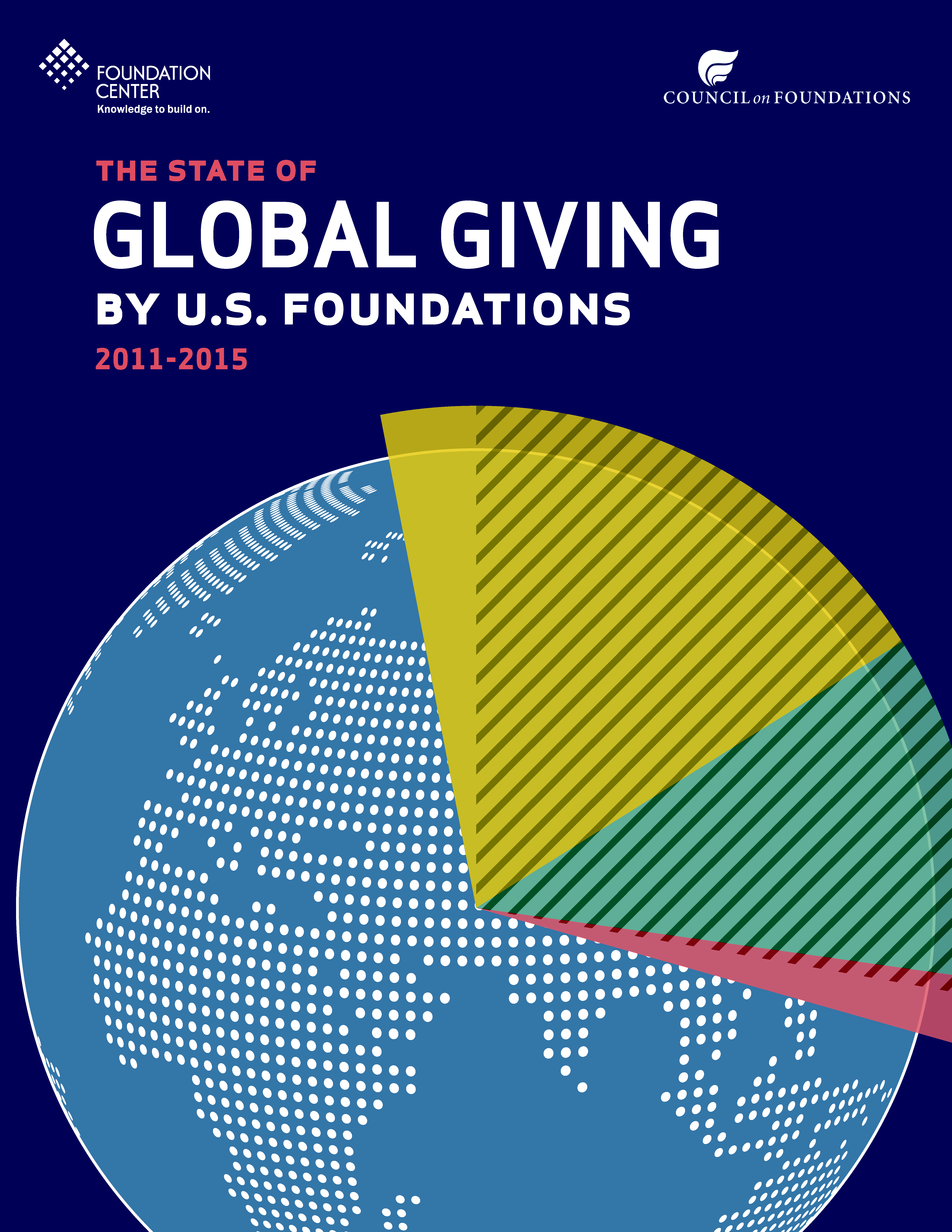 The State of Global Giving by U.S. Foundations is the latest report in a decades-long collaboration between the two organizations and aims to help funders and civil society organisations better navigate the giving landscape as they work to effect change around the world.

‘U.S. foundations are making a tremendous impact in communities all over the world. By tracking trends in support for global programs, we play a valuable role in supporting and strengthening the sector’s ability to continue to promote the common good globally’ said Gene Cochrane, interim president and CEO of the Council on Foundations.

What surprised us (and what didn’t) about U.S. Foundations’ Global Giving
Reflections from Natalie Ross, Lauren Bradford and Inga Ingulfsen

In addition to a detailed analysis of trends by issue area, geographic region, population group, and donor strategy, this analysis also relates these trends to key events and developments, including the adoption of the Sustainable Development Goals, the spread of Ebola in West Africa, and the increasing legal restrictions faced by civil society in countries around the world.

‘Equipping social sector leaders with the knowledge they need to be more effective is at the core of Foundation Center’s mission,’ said Bradford K. Smith, president of Foundation Center. ‘This data will help funders and civil society organizations identify gaps, improve approaches, and better align strategies as they work to solve some of our most critical global problems.’

Today, Natalie Ross of Council on Foundations, Lauren Bradford and Inga Ingulfsen of of Foundation Center shared what surprised them (and what didn’t) about U.S. Foundations’ Global Giving.