How can independent philanthropy fund activities and initiatives in conflict-affected areas in order to promote and support peacebuilding?

Avila Kilmurray seeks to answer this in the new resource Funding In Conflict-Affected Environment, published by the Social Change Initiative, and the Working Group on Philanthropy for Social Justice and Peace.

With more than a billion people living in areas ravaged by conflict, with severe poverty prevalent in unstable regions, and with increasing numbers of refugees fleeing violence, the human misery caused by conflict cries out for action. Kilmurray writes:

‘Investment in peacebuilding [is] critically important in order to contribute to a new paradigm of how people can live together. Effective support for peacebuilding, conflict transformation and social justice requires thoughtful and committed philanthropy. Support for courageous local activists working in violently contested societies demands no less; and the potential impact justifies it. Independent philanthropy has the opportunity to stand in solidarity with community-based and civil society organizations that are committed to progressive change in the most difficult circumstances.’ 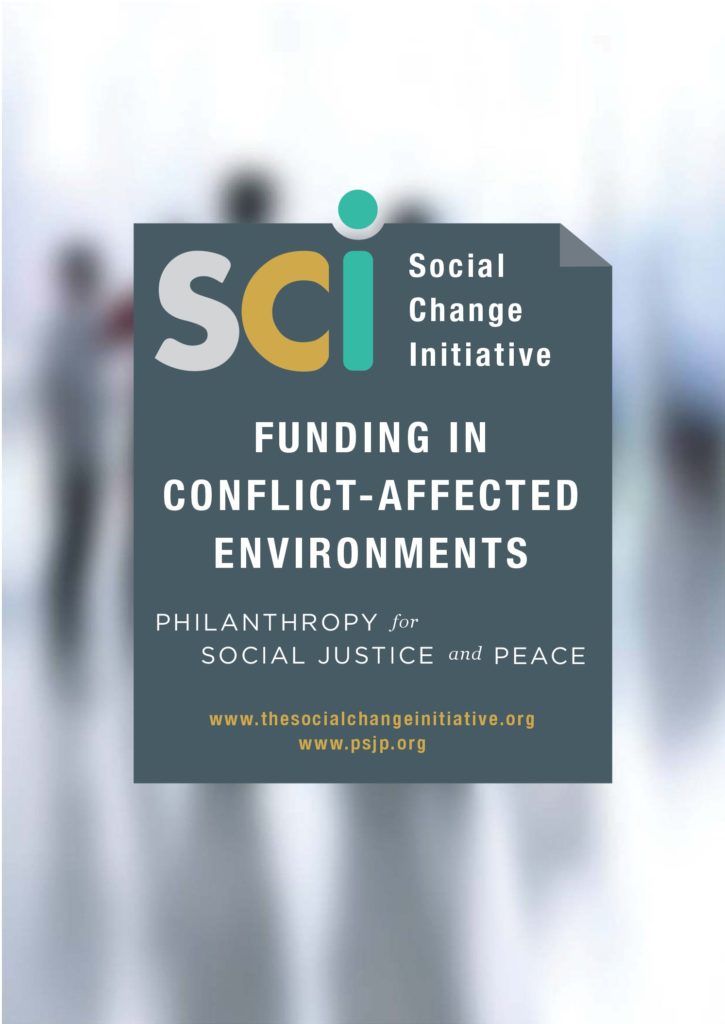 The study recognises that many funders are typically wary of working in conflict-affected areas, for fear that interventions can have negative as well as positive consequences. Its core objective is to counter that view, highlighting the positive contribution that independent grantmaking trusts and foundations can make to peacebuilding. It also looks at the importance of conflict sensitivity for independent donors, in addition to detailing how donors can support peacebuilding through different stages of conflict and peace processes.

It is accompanied by a summary guide Conflict-Affected Environments: Notes For Grantmakers, which presents the ‘nuts and bolts’ of grantmaking for peacebuilding work.