Open dialogue and the future of philanthropy

Round tables, waving strips of colourful paper, a room humming with conversation.  Practitioners, policy thinkers, foundation representatives and politicians took the stage in a passionate testimony to the power of conversation, the Open Dialogue and the Future of Politics session of the European Foundation Centre´s 2017 Annual General Assembly and Conference. The event showcased two major cooperative projects, the Mercator European Dialogue and the New Pact for Europe.

Moving beyond crisis through shared conversation
In an increasingly polarised European context, where ideological and physical barriers are on the rise, Verena Ringler from Stiftung Mercator highlighted the need for a return to the basics of cooperation. “Speaking with members of parliament, we realised that promoting personal connections and constructive dialogue in politics is crucial for fostering solidarity and cohesion,” she said.

The Mercator European Dialogue endeavour was launched under this premise in 2014. Joining forces with The German Marshall Fund of the United States and a number of European partners[1], Stiftung Mercator has since built a cross-border network for representatives of the EU’s 10,000 members of national parliaments.

In a safe space and far away from microphones, they come together in different European locations to set their own thematic priorities and exchange perspectives on key European policy and future issues. 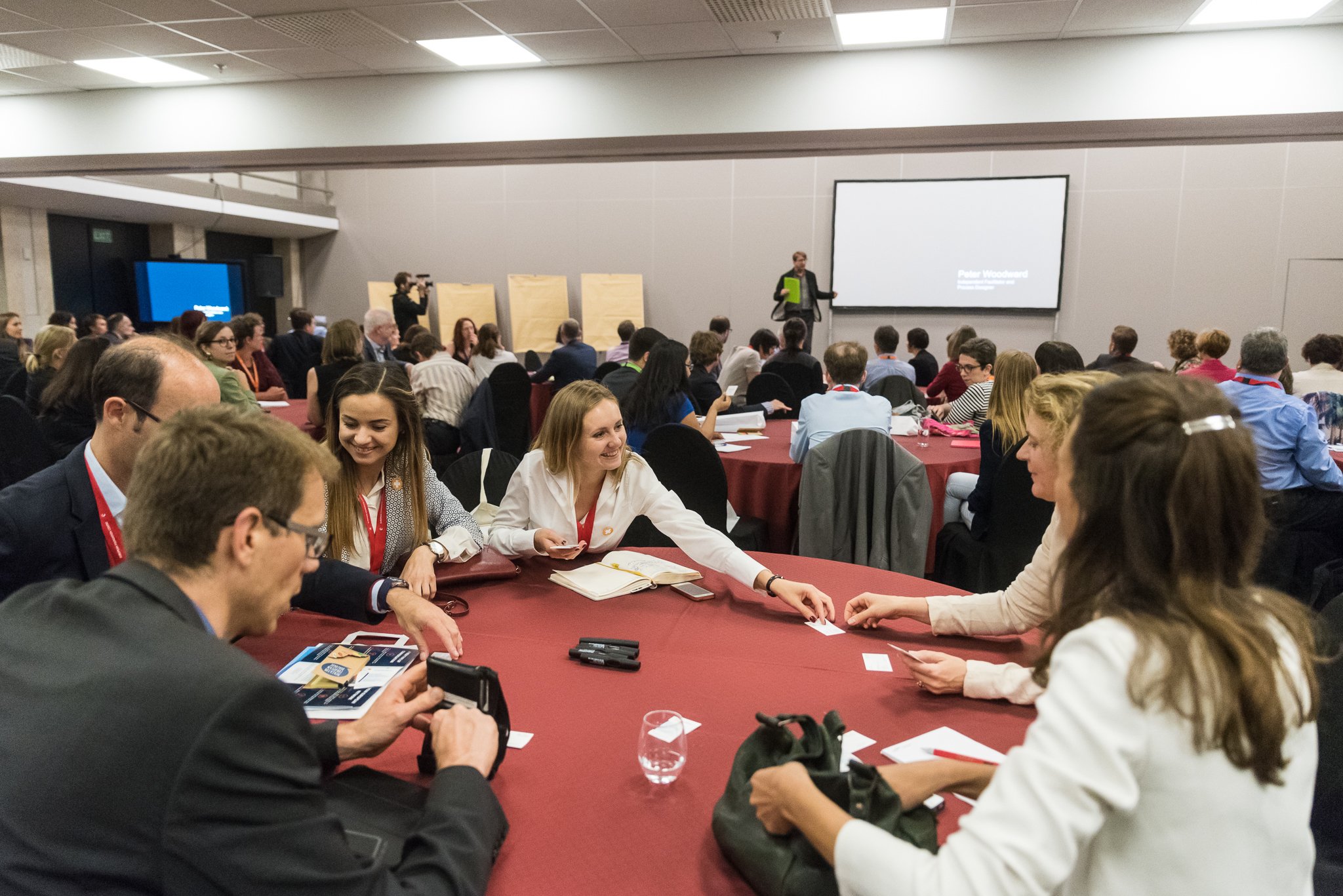 Delegates at the Open Dialogue and the Future of Politics session at the EFC conference.

The Mercator European Dialogue team sees this kind of format as leading the way for transformative work in the political arena.

By placing the emphasis on the listening component of conversations as a vehicle to building understanding in heterogeneous groups, Open Dialogue techniques help the Mercator European Dialogue facilitate fruitful exchanges between politicians whose relationship is otherwise characterised by estrangement or even antagonism.

‘It is about the willingness to understand each other,’ said Chiara Rosselli who heads the Mercator European Dialogue, ‘and Open Dialogue provides a setting in which disagreement does not prohibit constructive exchange and, increasingly, even joint progress. We create spaces for shared conversations based on trust, empathy and respect’.

This concept has won support well beyond the sphere of foundations, from politicians and policy thinkers alike. To Verena Ringler, this comes as no surprise. After all, as she put it, ‘we are dealing in the most valuable political currency – trust.’

Duarte Marques, a parliamentarian from Portugal who has experienced several encounters in the Mercator European Dialogue, jokingly noted that ‘it would be great to have this format in the Portuguese parliament.” Convening politicians across the political spectrum and fostering their exchanges could help reconcile the plethora of interests in the room, also in a domestic context. Duarte continues, ‘These MPs will otherwise never be at the same table, having a constructive conversation’.

In Europe we are talking about each other rather than with each other, perpetuating parallel and distorted narratives in Member States which hinder our ability to identify common interests.

Stefan Schäfers, Head of European Affairs at King Badouin Foundation (KBF), explains how this logic motivated KBF to launch the New Pact for Europe project which brings together policy makers with stakeholders at a time when ‘there are too few spaces to debate transnationally’.

Dr. Eleonora Poli, a researcher at Italy’s foremost political think tank, the Istituto Affari Internazionali, pointed out the value added for herself and her peers: Through an ‘exchange with politicians at eye level,’ policy briefs can be delivered personally and information flows run in both directions, thus bridging the gap between academic expertise and political practitioners.

Learning by doing
The hosts of the session intended to not only share their own experience with listening conversations in politics, they also wanted to provide the audience with a glimpse into how these formats can work in practice.

The speakers and the facilitator bandied the conversation between the stage and the tables, giving room to the participants to develop, explore and discuss each other’s impressions, ideas and applications of dialogue methods in their own fields of action.

The result was an astounding level of activity, a ninety minute buzz of ideas, inquiries and exchanges to which the provided pinboards, overflowing with suggestions, concepts and messages on coloured post-its, bore witness at the closing of the session.

Interactive formats lead the way
The circa 120 representatives of philanthropic organisations in the room drew their own conclusions from the testimonials, presentations and table discussions. They enthusiastically took on the challenge to explore the potential of interactive, transformative formats in their own fields of action.

Specifically, it showcased the capacity of Open Dialogue to create ownership of shared solutions. The session leaders pointed out that careful convening ‘helps to develop better policies with policymakers and those affected by the policies.’ Also, the reconciliatory potential of such formats was highlighted by the participants. ‘Open Dialogue could act as a bridge between different stakeholder groups,” one table group posited, “and bring together various actors who currently do not talk to each other.’

On a more abstract plane, participants appreciated the emphasis of building connections over the need to produce output.

Just before the participants packed their things, exchanged cards and rushed to their next session, there was a short moment of reflection.

‘We are living in a crisis of trust,’ one participant summarised, ‘and that is the beginning of the end of democracy.’New methods such as the open, trustful spaces of convening are definitely needed to reverse this development.

And this session may just have given an impression of how the careful design of conversation spaces may also play an important role in facing some of the most serious challenges of our time.

This article originally appeared on the European Foundation Centre’s website on 10 August 2017. The original article can be found here.