Optimism on steroids: reflections on the 12th Skoll World Forum

This will probably be my last Skoll World Forum – in a few months I will step down as editor of Alliance after 16 years – and this set me wondering how the event had changed over the years and looking at what I had written about earlier Forums.

First, it has got bigger, or I should say even bigger. As far back as 2007, there were almost 700 delegates from 40 countries. In 2015 there were almost 1,000 delegates, and literally no room for growth. With Jeff Skoll and his foundation behind it, the Skoll World Forum has been a prestigious big name event from the beginning.

And that has also been one of its weaknesses. The ability to attract big names has tended to mean plenary sessions packed with one high-profile speaker after another, with no time for discussion; interviews that are deferential rather than searching; an atmosphere of celebration rather than analysis. In 2009 I wrote: ‘Where a conference brings together a group of people around a particular issue, say climate change or social entrepreneurship, wouldn’t it be wonderful if it could offer more than inspiration and good networking opportunities, and really advance thinking in the field?’ And nothing has changed since then.

But this is to miss the point. The Skoll World Forum exists to celebrate the achievements of outstanding social entrepreneurs – and in recent years even more outstanding individuals honoured as ‘Global Treasures’. This year’s Global Treasure was Graça Machel; last year’s was Malala. 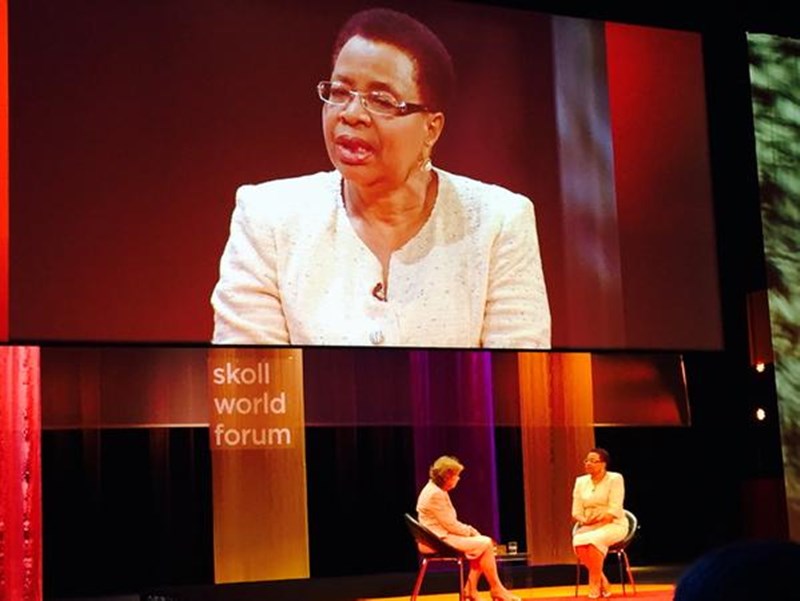 In a lunchtime session aptly called ‘Beyond Better’, Skoll Foundation president Sally Osberg talked of ‘optimism on steroids’ or ‘tough-minded optimism’. The social entrepreneurship mindset is: ‘I’m going to fix it, transform it, not just make it better.’ Social entrepreneurs need to abhor the current equilibrium, she said, but they also need to appreciate it enough to understand why it is as it is; ‘without that, you won’t get a handle on how to change it’.

Jeff Kehoe of Harvard Business Review, moderating, asked other panellists to disagree with Osberg’s views, but no one obliged. ‘Equilibrium change is the new norm,’ said Ashoka’s Bill Drayton, who declared himself grateful to the Skoll team ‘for pushing us in our thinking’. 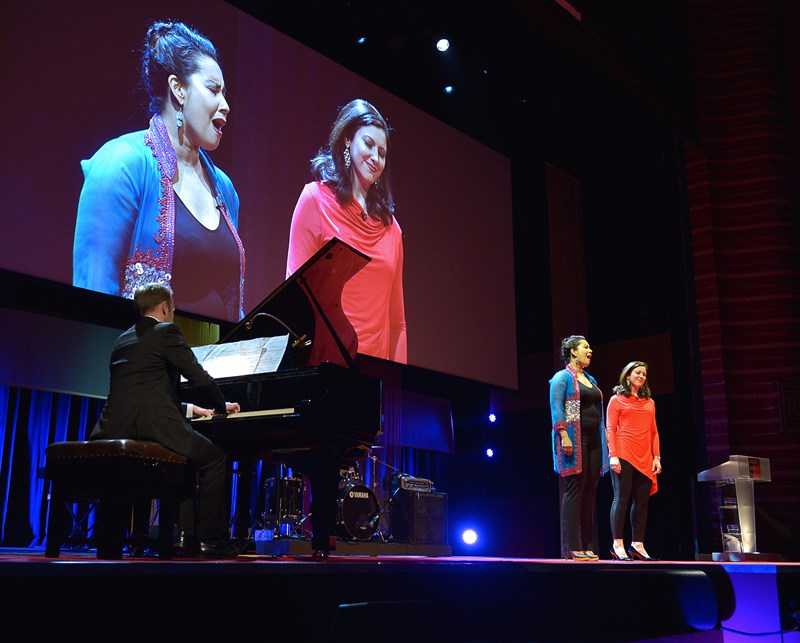 This year’s Skoll Forum is focused on belief, said Yunus and Zamora. ‘And if you believe in someone, you give them voice.’ This is just what the Skoll World Forum does for social entrepreneurs: it gives them voice.

The theme of this year’s Forum was simply ‘Belief’. Belief, passion and mindset change were centre stage. For many at the Skoll World Forum, social entrepreneurship is almost a religion. Given the scale of the problems the world is facing, one can only hope that their belief is justified.