People showed they care. Where do we go from here?

For the first time in 16 years, the amount donated to organizations in Turkey, including CSOs, surpassed all other donations, according to the results of the Individual Giving and Philanthropy in Turkey 2021 Report. This is major change is telling – but it also brings an important question to the table: how do we transform this change into a consistent choice? 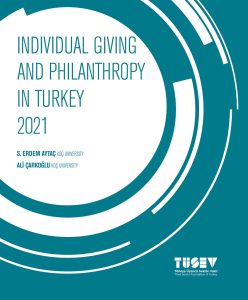 Individual giving has always been an important part of the philanthropic practices in Turkey, cultivated by mostly cultural values deeply rooted in the society. That is why as TUSEV, we have been observing the trends in the field, trying to understand the motivations of individuals, and of course, putting effort into offering solid and sustainable solutions and mechanisms that would flourish the bond between people and civil society organizations (CSOs) which would eventually create and foster the base for increased amounts of donations.

As an effort to understand the characteristics of donation behaviour in Turkey, the first research was carried out in 2004 and the report was published in 2006, and it showed some distinctive features of individual giving in the country. These hardly changed up until 2021, when people choose to donate directly to someone in need rather than donating to an organization. The research found that they do so because they think the amount of their donation is too small or they only donate when they come across a situation that may need their help, with predisposed perceptions about the organizations’ accountability and trustworthiness.

Though these are still solid reasons shaping people’s choices, the results of Individual Giving and Philanthropy in Turkey 2021 Report presents some hints that can be considered having a positive impact on the general results. For the first time in 16 years, the amount people donated to CSOs exceeded all other donations and choosing CSOs for donations over giving directly to those in need increased to 22 per cent, with 10 points rise. It may be important to look behind the statistics and try to understand what made this possible if we want to keep seeing this positive trend in the upcoming years. Therefore, it is important to ask ourselves this question: what may have caused this? 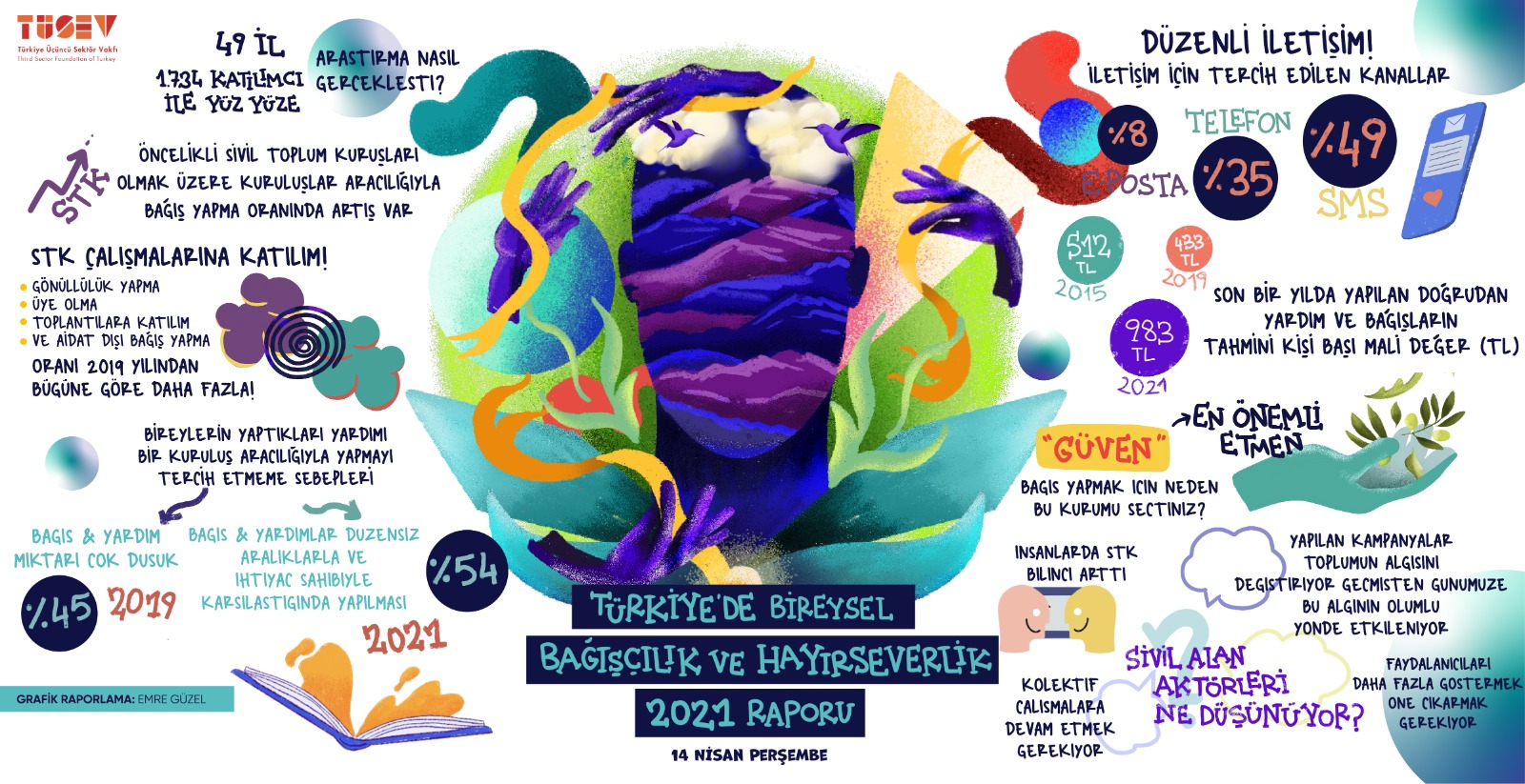 Of course, there is no need to mention the effect of Covid-19 and the willingness to participate in eliminating the damage it caused is seen to be the major reason behind this picture, as it has been in different parts of the world, too. In addition to this, the devastating natural disasters, mainly the wildfires and floods which happened in the summer of 2021 may have had a very strong triggering effect on people’s giving behavior. Therefore, it won’t be wrong to say the sense of urgency, when combined with the feeling of solidarity, played a role in creating a shift in people’s choices when it comes to giving. In addition, the increased visibility of some CSOs working in the fields of environment and health may have added up to this change, while also transforming the general perception of CSOs are mostly focused on these two areas in Turkey.

So, where do we go from here? Now that we have picture that shows urgency and feeling of solidarity may stand as key drives when it comes to individual giving, how do we expand this gain to cover not only specific areas and CSOs that work in certain fields, but also turn into a reality for all CSOs working and trying hard to create change in their fields?

Here are some ideas that may serve as starting points:

1. People show up more when they know how their donation would be used

Whether it was for Covid-19 or for natural disasters, the communication around the need for contributions (financial or in-kind) mostly referred to some very specific needs so people had a clear understanding of what their money was going to be used for. So rather than asking for donations for an organization itself, accompanied by very broad aims, specifying the needs may help. Of course, this must be followed by transparent communications on how their money is spent.

2. People donate as a way of solidarity

Of course, people donate for many reasons and donating as a way of solidarity had its examples worldwide and in Turkey previously, but it can be counted as a major reason behind the rise for our case here. Especially when the other ways of showing up for people or for a cause that seems out of reach or harder, people have a role in improving the situation with their financial contributions and this understanding seems to be increasing. Therefore, if it is about financial donations, changing the discourse around it (a common one here in Turkey; always asking for donations rather than inviting people to be a part of their mission) and substituting it with ‘show up for something that’s dear to themselves’ may help immensely.

3. Not everything ‘urgent’ may seem visible

The sense of urgency is a powerful motivation; both for getting in action and for doing whatever it takes to support the enhancement of a situation. When it comes to issues that are visible, we have seen that people show up and do whatever they can, to be a part of the solution. But how about things that may be not perceived as urgent as the others, but actually are? How can we acknowledge issues such as human rights, arts & culture and climate crisis for example, are also in need of urgent support, without re-creating the sense of hierarchy among the issues? The answers to these may not be easy to find, however one can say they will help us a lot in cultivating the change which already started. Therefore, let’s hope we’ll be seeing more discussions about these soon.