For the first time in its 70-year history the Conrad N. Hilton Foundation will be led by an executive who was not a close associate of Mr. Hilton or his family. [Editor’s note:The previous sentence has been revised to note that the new chief executive is not the first non-family member of the foundation.]The grant maker announced today that it has named Peter Laugharn as its new chief executive, effective January 1, 2016.

Mr. Laugharn is succeeding Steven Hilton, who announced his retirement in March 2014 after three decades at the helm of the grant maker, which has $2.5 billion in assets. Mr. Hilton, the grandson of the foundation’s founder, Conrad Hilton, said he plans to remain as chairman of the foundation’s board of directors. 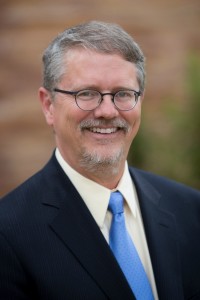 “I look forward to working with Peter in the fall, helping him prepare his transition to the foundation and introducing him to our staff and many of our partners,” Mr. Hilton said in the announcement. “Together we want to pave the way for a smooth start as he assumes his leadership role.”

Mr. Laugharn will join the foundation after serving for seven years at the helm of the Firelight Foundation, which supports education, health, and resilience programs for families in Africa who are struggling with poverty and HIV/AIDS. The nonprofit is a grantee of the Hilton foundation.

Before that, he led the Bernard van Leer Foundation, a Netherlands-based charity that seeks to help vulnerable children. He started his nonprofit career with Save the Children USA and, among many other roles there, served as the charity’s deputy director in Mali.