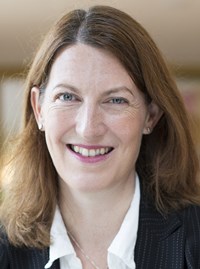 Philanthropists are not easy to study. There’s no official central database of who gives how much to what, and it’s tricky to tell if major donors who participate in research projects are typical or unusual in some way that might affect the results. But not all the problems in this field are due to the vagaries of respondent participation. Many studies – including some of my own – cloud the picture further by taking a ‘snapshot’ of philanthropy, asking individuals how much time or money they have given in a relatively brief recent period such as the preceding month or year. These studies produce useful data on macro trends but they unwittingly imply, for example, that Warren Buffet is not particularly generous apart from during the year 2006!

We need a new approach that understands the cumulative contribution made by donors and sheds light on how philanthropic behaviour begins, continues or ends.

The study I have just published with the charity Pilotlight, ‘Philanthropic Journeys: new insights into the triggers and barriers for long-term giving and volunteering’ is an initial attempt to understand people’s philanthropic journeys (comprised of their lifetime voluntary contribution of time, treasure and talent) rather than simply their most recent philanthropic acts. We wanted to explore how people got started and why they scaled up their volunteering and giving – or indeed how they started and then stopped.

We used an online survey and in-depth interviews to invite over 200 senior business people to reconstruct their philanthropic actions and attitudes before and after undertaking a structured, supported, time-limited volunteering placement organised and managed by Pilotlight. Our hypothesis was that the right early experience of engaging with a charity or social enterprise sets donors on the right path to a positive attitude to charitable activity and affects their future philanthropic behaviour.

We found that the right early experience does indeed reap great rewards and future benefits for the philanthropy sector. Where respondents had had a successful initial interaction with a charitable organisation, they were twice as likely to be planning to volunteer in the future, there was a 10% rise in their willingness to make significant (£1,000 or more) donations and there was a three-fold increase in their desire to serve as a trustee of a charity. Perhaps more significantly, the experience changed their perception of the professionalism and purpose of the non-profit sector. One interviewee, who had previously been a reactive, low-level giver and lacked confidence in the professionalism of charities, said:

“It’s given me a window on the charity sector which I would never have got before. I would have happily carried on giving my donations or whatever it is, sponsorships, and never really got more involved… What I’ve discovered is the passion and commitment of everybody in all of these charities I’ve worked with. It is incredible and a real lesson to me as a banker.”

Another described a shift from self-confessed ‘totally random giving’ to establishing an inter-generational fund. Looking back at the stalled start to his giving career he noted, “it’s actually quite difficult to give your money and get involved with charities wisely. Once I’d started working with Pilotlight I added up what I gave in a year and it was really quite a significant sum of money, so I’ve become a lot more strategic about my giving. For the first time I worked out a giving plan – over the next 5 years this covers how much I want to give, the people I want to give it to, and at the end of it my goal is to have a fund that will then be invested and generate income that hopefully my children will get involved with and carry on.”

Studying this donor at any particular moment in time would have missed the bigger picture of the journey he was on and – crucially – the intervention that helped him move from being a reactive and episodic giver to a fund holder with a plan. Philanthropic activity is clearly too complex to be encapsulated in any particular moment in time. The life-course approach can take account of how philanthropy develops as a result of interactions within families, schools, workplaces and friendship groups and as a result of absorbing cultural norms, observing influential role models and receiving signals from government, employers and peers.

If we wish to design policies and practices that enable everyone to reach the furthest destination of their philanthropic journey then we need to better understand these philanthropic attitudes and behaviours, and why it flourishes or founders over an individual’s lifetime.