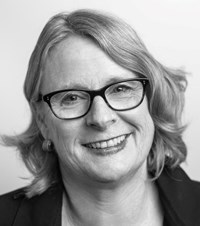 I have just returned from the Philanthropy Australia Conference held in Melbourne on 2-3 September. As a New Zealander who has attended many Philanthropy Australia conferences over the past 25 years, it’s always interesting to reflect on the differences and the issues that are common to our two nations located in the southern hemisphere and sharing the designation Australasia.

The conference opened with a dialogue between two of Australasia’s richest men aimed at helping the audience to ‘understand the funders behind the gifts’. In immediate contrast, they were followed by Aboriginal Elder Noel Pearson who, in a thoughtful ‘conversation’, reflected that ‘this country makes it very hard for us to do the things we need to do for the mob to be stronger’.

The theme of philanthropy and indigenous people emerged almost incidentally as a key topic of conversation. In a keynote, later on that day, Lucy Bernholz, senior fellow at the Stanford University Centre on Philanthropy and Civil Society, picked up on this. She opened her presentation by commenting that she was encouraged by the number of speakers who had acknowledged the traditional owners of the land in their opening remarks, and reflected that she had never been to a philanthropy gathering where this acknowledgement was so common or so heartfelt. This has not always been the case in either Australia or New Zealand.

As former British colonies, New Zealand and Australia share settlement histories that are similar but also profoundly different. Both countries have an indigenous people – the Māori in New Zealand and the Aboriginal in Australia. In both countries, the philanthropic sector is grappling with how philanthropy can work alongside indigenous communities, enabling them to take responsibility for themselves and for turning around shameful national negative statistics.

The following day,in an extended workshop session, participants had the opportunity of hearing from two New Zealand funders, the Todd Foundation and the ASB Community Trust, and the US-based Christensen Fund, which has been working with indigenous peoples for 60 years. The Fund has recently moved to appoint two Native Americans and one Canadian Indian to their board, and to employ indigenous staff in the countries where they are working. The Fund’s CEO, Dr Ken Wilson, reflected that the Fund had come to realize that they needed to ‘build our capacity to support diverse, bottom-up responses to complicated issues with long term effects’.

In the conference, as a whole, there were few indigenous participants. Even in our lively, well-attended workshop with over 40 participants, it was noticeable that there were only two Aboriginal participants – one a session facilitator and the other a presenter. Participants in the group identified a significant issue for philanthropy in Australia: the lack of recognition and respect for indigenous people. It was suggested that Philanthropy Australia take a leadership role in addressing this by appointing Aboriginals to their board and staff, and then providing leadership to the sector in educating and assisting grantmakers to work in this space. A message to funders from one indigenous participant was: ‘if you are not prepared to have a relationship with us, don’t fund us.’

Ten years ago Philanthropy New Zealand established a Māori Advisory Committee, comprising Māori staff and trustees from around the country including Iwi (tribal) organizations, family foundations and community trusts. The group advises Philanthropy NZ and its members on matters of protocol as well as providing advice and training to both Māori and non-Māori staff and trustees. Indigenous governance representation is key. Philanthropy New Zealand has actively recruited Māori board members and enshrined this in constitutional changes ensuring a minimum of two Māori board members. This farsighted strategy is starting to bear fruit across the New Zealand sector as evidenced by the recent awarding of the 2014 International Funders for Indigenous Peoples Award for Indigenous Grantmaking to the J R McKenzie Trust.

The belief that the solutions to many deeply entrenched social problems can be articulated by indigenous people themselves lay behind the ASB Community Trust’s recent significant investment in projects aimed at raising the educational achievement of Māori and Pacific children. These projects are now demonstrating some quite extraordinary results, providing evidence of the impact of a grantmaking process based on consultation and shared decision-making.

Noel Pearson said that he was ‘ambitious for our children’. In the philanthropic sector, we should all be ambitious for all children, regardless of ethnicity. This conference has provided a first, and long overdue, opportunity for a dialogue.