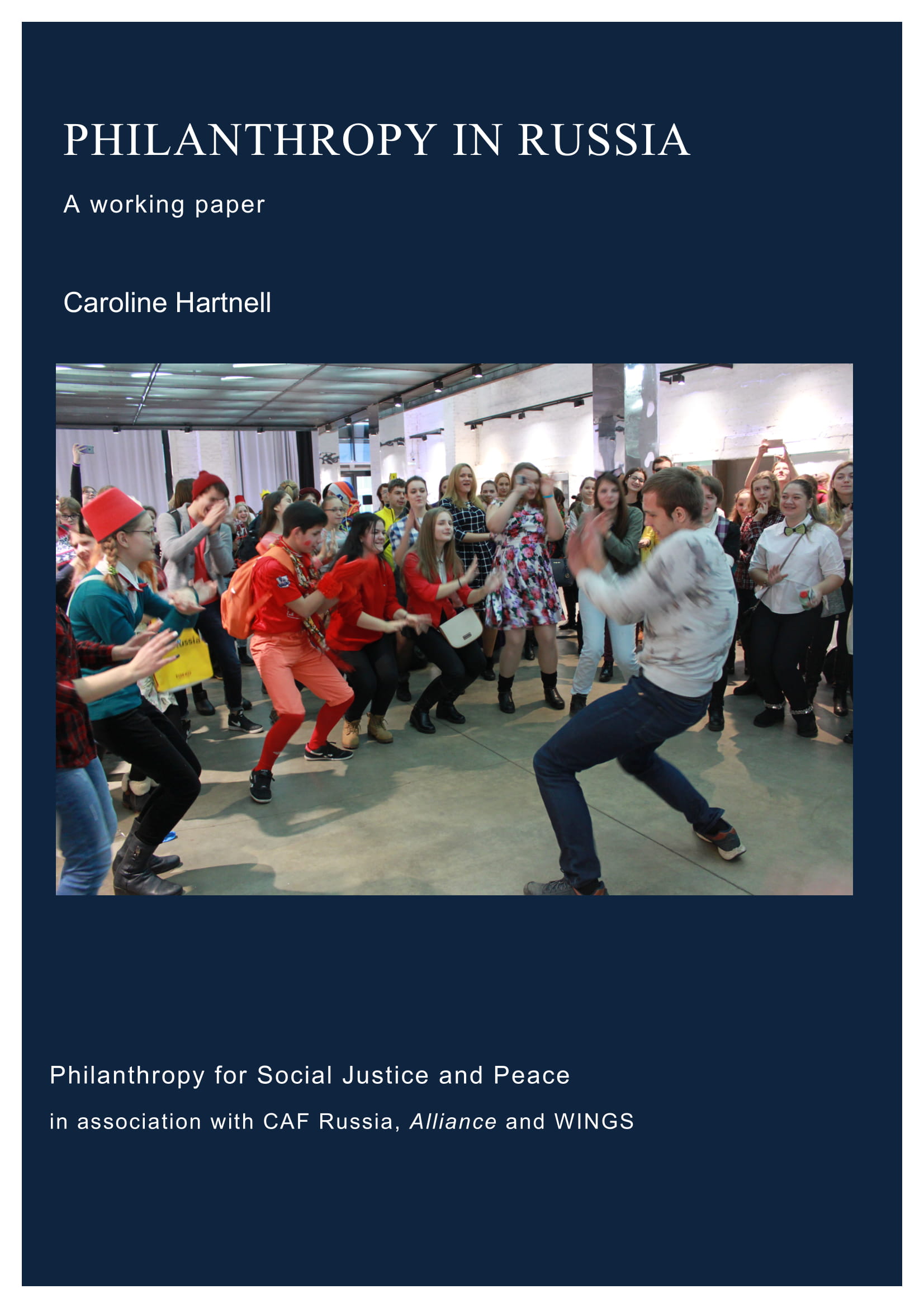 Authored by former Alliance editor Caroline Hartnell, the report provides an overview of the current state of philanthropy in Russia, based on conversations with people who have been working to promote, support or strengthen the field in Russia.

Among other findings, the report highlights the rise of community philanthropy, where 51 of Russia’s 70 community foundations work in small towns and rural areas, with limited money or resources.

A 2017 report from CAF Russia noted that 53 per cent of Russian citizens had donated money to charity within the last 12 months suggesting a growth of ‘middle class’ philanthropy in the country.

For more on the working paper series, or to comment on its findings, email info@psjp.org

Kathryn Murrell is communications officer for Alliance.
Charles Keidan is editor of Alliance.