We need nothing short of an overhaul to our global health system: Priti Krishtel on vaccine equity 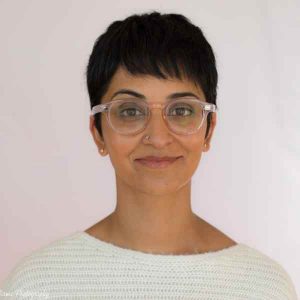 ‘Our system gives all the power to a handful of private companies. But it could be different.’

Priti Krishtel (@pritikrishtel) is a co-founder and a co-executive director of the Initiative for Medicines, Access & Knowledge (@IMAKGlobal). She speaks to Alliance about equity in vaccines distribution, and how philanthropy can intervene for better outcomes.

Alliance: I-MAK joined many advocacy organisations in saying that vaccine distribution commitments made as part of the G7 fell far short of what is needed. Why?
Priti Krishtel: While it may feel like the pandemic is ending for those of us who are fully vaccinated, most of the world is still at risk and suffering. It’s also important to recognize that as new variants emerge, the pandemic will not end: none of us are safe until all of us are safe. This is why we need to do everything necessary to vaccinate the world. Over a third of the world’s population lives in India and Africa, and to date less than 4 per cent have been vaccinated. This reflects what we see globally, with only 1 per cent of vaccines going to low-income countries.

Charity is not the answer. Donations alone will never be sufficient to ensure that vaccines reach every corner of the world. We need to get every viable manufacturer in the world going to increase supply, which is why the World Trade Organization’s intellectual property (IP) waiver is such a critical turning point. The waiver removes important barriers, which is the first step to ensuring that the vast majority of the world’s population does not need to wait years to be fully vaccinated.

Beyond providing more vaccines, what should wealthy governments be doing differently to ensure that access to medicines, vaccine distribution, and equity in public health more generally are a priority and don’t leave communities behind?
We need nothing short of an overhaul to our global health system. Under our current system, vaccines and other lifesaving medical products are not reaching most people on the planet. This is not a bug, it is a design feature, and the completely predictable consequence of a monopolistic system designed to maximise revenue. It’s time for a new system that better aligns incentives with our highest aspiration as a people: health equity for all.

Right now, our system gives all the power to a handful of private companies (most of which have benefited from public funding). But it could be different. It could be redesigned. We have a tremendous responsibility in this moment to fight for people’s lives.

You’ve said before that the US drug patent system is a racial and economic justice issue that is an overlooked but central barrier to achieving true equity. Is this true globally, or just in the US?
Given the amount of power and influence the US has, what happens here inevitably affects the rest of the world. Today, most of the world’s seven billion people are living without access to lifesaving vaccines and treatments. Leading human rights advocates worldwide have called for a waiver on intellectual property, noting that access to vaccines is a racial justice issue.

This is not just an issue afflicting poorer countries, but one that harms wealthier ones like the EU nations and U.S. as well. Thirteen per cent of Americans have lost a loved one in the last five years because they were unable to afford the cost of treatment. That figure is twice as high for people of colour. Soaring medical costs are leaving seniors rationing their prescriptions to make them last longer and spouses begging their friends and family for donations to cover the cost of their cancer treatments. A primary driver of this crisis is the outdated patent system that influences medicines access worldwide.

From an economic justice perspective, in high-income countries we prioritise the bottom lines of private actors over public health. But, we are at a unique moment where we can rewrite the rules in favour of balance, which would save lives, not just in the U.S., but around the world. Where research and development is based on public health priorities and not the shifting winds of the market. A system that prioritizes ongoing vaccine research, not just as a frenetic response to catastrophe. One where democracies don’t unfairly hand out monopoly rights to a powerful few, but instead work for those most in need.

Recently you wrote that philanthropy has too often relied on market-based approaches to dictate approaches to public health and that these approaches are not serving the majority of the world, especially people of colour. Can you say more about what an equitable philanthropic approach to public health and medicines access might look like?
Rather than continuing to support an outdated global health system that is not designed to ensure racial and health equity, philanthropy needs a strategic refocus. We need donors to heed the urgency of the moment and swiftly dedicate their attention and investments to the movement happening across the world that to ensure the G7 supports – and fairly, quickly, and transparently negotiates – an intellectual property waiver to save as many lives as possible. These efforts must be met with structural capacity to expand vaccine availability.

In the immediate term, we can save lives and change the rules of the game to ensure equity now and for generations to come. To do this, we have to democratise and decentralise every part of the system, from drug development to distribution. It’s time to fundamentally reshape our global health system into one that works for everyone by correcting the power imbalance between those influencing policy decisions and those who are most affected by them. Over the next year, my organisation will be engaging in a participatory process that brings together all of the different stakeholders in the patent system to create an inclusive blueprint for change. Our goal is to build much needed connection and understanding between ideologically, sectorally, and geographically diverse stakeholders, and foster a less polarised, more productive discourse around reform.

What role is there for philanthropy right now to help ensure access and equity in our global medicines system? What can funders who want to take action do right now to help?
With the intersection of the pandemic and racial awakening, philanthropy currently has a tremendous opportunity to move away from the market-driven status quo that is literally killing people of colour all over the world. This is such a powerful moment for philanthropy to step in and provide much needed backing and fuel to access-to-medicines activists worldwide who have been working to create equity within a broken system for over 20 years. In this moment, with new partnerships, we can advance profound change that moves beyond working for equity within a system that was never intended to work for everyone, to begin the structural work of building a new system that is predicated on justice.

First, funders must support the critical work of leaders from the Global South. We should be centring and elevating voices like the Third World Network research and advocacy organisation, who disseminate perspectives and expert information from low- and middle-income countries. Their knowledge and track record are unparalleled and organisations like this should be given significant investment to lead us to bringing this pandemic to an end. Those who are proximate to the problems are those who can lead us to solutions that are lasting and workable.

The second way to do this is supporting research, movement building, education, communications, and partnerships towards structural change in high-income countries. We’ve seen how this works in practice with the massive effort among global health advocates to build support for the WTO IP waiver. For example, the advocacy organization OTMeds is leading the fight to ensure France supports the TRIPS waiver – an important next step as the European Union has voiced significant opposition to the waiver. The organisation’s advocacy led to a major recent victory with the French Parliament passing an amendment requiring increased transparency in public funding of the pharmaceutical industry. Work like that of OTMeds shows us how effective activism can be in creating transformational change.

Third, the access-to-medicines movement is transnational, and in this moment we need new infrastructure and new partnerships to take the fight for global vaccine equity to the next level. For example, organisations like Movement Law Lab & their Global Network of Movement Lawyers are activating human-rights lawyers in 25 countries to plug into the fight for equitable access to vaccines and COVID medical products. If private companies have a bevy of lawyers to protect their profit-driven interests, we need a bench of movement-oriented lawyers willing to use law creatively to address corporate capture and hold governments accountable to their human rights obligations.

Lastly, provide multi-year, general operating support to access-to-medicines organisations that understand deeply that justice can never be an afterthought: it has to be the starting point. Invest in those of us who are working to shift power and evolve systems away from the monopolistic status quo and toward restoring our democratic systems to the public-serving institutions they were intended to be.

Any final thoughts for philanthropy as we grapple with how to end this pandemic?
This is one of those once-in-a-lifetime moments when we can change the course of history. We’re weathering an unprecedented global pandemic. We’re acknowledging our interdependence and the inequality that exists among us – and the systems that created it – like never before. It’s time to take action—to fund and organise and agitate and collaborate and make sure that our children and grandchildren look back and realise that we came together and did what was right before it was too late.