Promise and problems of global philanthropy:  postcards from Arab countries and the USA

Philanthropy is spreading to new frontiers, but scores of countries are imposing regressive laws that limit the ability of foundation‑funded civil society organizations to operate.

How should philanthropic organizations work in this new global environment?  Is philanthropy enduring the rapid social change in the Arab world, or leading it? Will new funding flows from US tech entrepreneurs, and new giving philosophies, affect global giving?

Myrna Atalla, Executive Director at Alfanar, opened the discussion by outlining some of the key challenges in Arab philanthropy and the pros and cons of religious involvement. She argues that religion in the region has been an incredible motivator, as charity is one of the five pillars of Islam and people in the region give on average one to two per cent of their annual salary to good causes. However this often leads to very personal giving, such as large donations to hospitals and religious institutions, rather than socially strategic giving.

There is a small trend and growing interest in donating to foundations and being part of more collaborative giving, as discussed at the last Arab Foundation Forum, but it is still new and small. 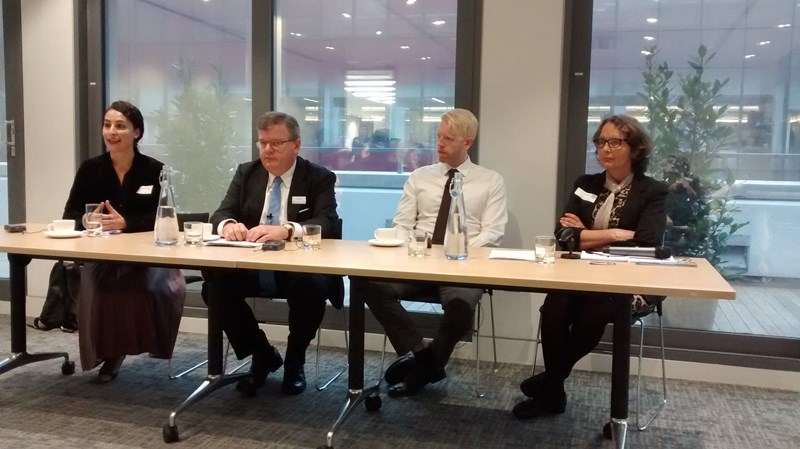 It is worth noting how varied the working environment for philanthropy is in the Arab world, for example once a grant has been approved by Alfanar in London, it takes three to six months for the funds to reach the grantee in Egypt, but only a matter days if the grantee is based in Lebanon. Philanthropists must tailor their approach to each individual country they work in.

Scott Barber, partner at the chartered accountancy firm Buzzacott says there is also a strong tradition of religious giving in the US that has evolved from traditional tithing and is supported by local and federal tax breaks. For example, commercial property is normally taxed at around three per cent, but religious institutions are exempt or pay a lower rate. There are also tax breaks available for individual giving: philanthropy quite literally pays in the USA.

There is also strong culture of secular giving, and a trend by famous philanthropists, led by Bill Gates, to give away the bulk of their fortunes during their lifetime. Prince Alwaleed of Saudi Arabia has also pledged his fortune to charity and plans to set up a foundation for charitable giving.

While these pledges are encouraging, the speakers also expressed concern about philanthropy’s ability to support civil society as the space closes.

In the UK, the current government encourages charities to fill the gaps in the welfare state, but that might mean the loss of some autonomy.

The panel argued that foundations might build enough energy and influence to keep space open for civil society by lobbying as a single voice – not relying only on the protests by groups that are already under threat.

He said foundations should not forget to work with the private sector, because companies can often influence government more effectively than can civil society. He pointed to Angola where Tiffany objected to the human rights abuses in the diamond industry, enforced by the government. Tiffany’s protests did lead to change.

Foundations should set up the international frameworks needed to encourage local organizations to take up these issues, because every intervention must be tailored to the local environment.

However, while collaborating in protest was considered vital, panellists also pointed out that in some countries it is better for foundations to remain impartial

The humanitarian crisis in Syria has recently highlighted how dangerous it can be to send in aid workers during live warfare and near impossible it is to ensure that funds reach the right people.

However, we do not need to wait for the war to be over before start investing, we can be funding infrastructure in countries that are welcoming Syrian refugees. For example, 70 per cent of school applicants in Lebanon are Syrian and the country is struggling to keep up with the new demand on its public services. Philanthropy could be funding helping refugees in their new homes and ensuring infrastructure is in place.