A new report on public-private partnerships in Asia by the Centre for Asian Philanthropy and Society highlights a growing regional trend of companies stepping up to tackle social problems. 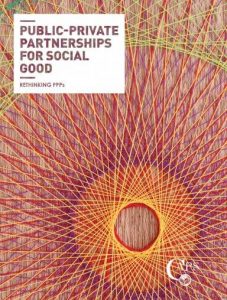 According to the report, around 80 per cent of top Asian business leaders in the CAPS network said their company was already engaging in public-private partnerships for social good – and 88 per cent believe they will become more common in the next five years.

‘We do think that this trend is interesting and uniquely Asian,’ said CAPS in a statement.

The report compiles data from 50 in-depth interviews, secondary sources, and literature analysis reviewing public-private partnerships; and it covers 11 different economies across Asia. Split into two parts, the report first looks at strategies that create successful and impactful PPPs, then analyses financial and impact sustainability of these partnerships, and finally outlines the risks to keep an eye on.

‘PPPs are on the rise across Asia because they align incentives between companies, the social sector and government. We did this study to find out why best-in-class PPPs for social good succeed,’ said Ronnie Chan, CAPS Co-Founder and Chair.

Read the report on caps.org.