Rattling the Cages: Helping the world to see clearly

In 1962 the idea of putting a man on the moon was a pipe dream. Yet seven years later, the moon landing inspired an entire planet, giving way to new etymology around what it means to take risks: a moonshot – any challenge deemed nigh impossible, one that requires the investment of expertise, capital and time and where failure is a noteworthy threat but a necessary risk.

My moonshot has unfolded over the past two decades, with much of my time and resources focusing on a singular campaign: Clearly, aiming to change the perception among policymakers and government leaders around eye care. Vision is not just a low-priority health issue but, in fact, the key to unlocking significant progress across the sustainable development goals. 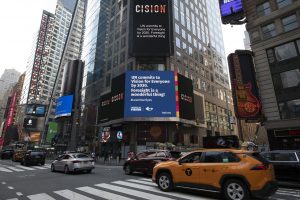 Philanthropists have a much greater freedom to accept the consequences of failure when embracing a risk-taking mindset. In my life, I have been blessed to deploy this privilege and have committed to pursuing positive change as a steward of family wealth.

From initial stumbles and failures emerged our first successful endeavour – Vision For A Nation (VFAN). A charitable initiative that directly led to Rwanda becoming the first developing country to offer universal access to vision correction.

Looking to accelerate this expansion of vision-correction, we decided in 2016 to collate the learnings from my multiple initiatives in the vision space under the collective banner of ‘universal access to vision correction’. Clearly was born.

Beginning with Clearly Labs, a set of activations bringing together the perspectives of world-leading eyecare experts, NGOs and corporates, we established that we had to break through with policymakers in the first instance. Attending the World Economic Forum in Davos in 2017, we realised how easy it was to get lost in the noise of policy deliberation. Yet we persisted.

From this persistence grew the idea for our own summit in Murano, Venice. The summit presented an opportunity for a hyper-brainstorming session, where we successfully conveyed to all those attending that vision correction is the ‘golden thread’ running through the SDGs.

Coming out of Venice, alongside my team, including Jennifer Chen, chief executive of The Chen Yet-Sen Family Foundation and Clearly’s Asia Lead, and Dr Graeme Mackenzie, trained optometrist and advisor, we had a plan. Universally affordable eyecare was our moonshot. Clearly was the vehicle to take us there.  And we concluded that the momentum our movement needed to be flung into orbit was The Commonwealth Heads of Government Meeting (CHOGM), set to take place in London in 2018.

To get our idea on the table at CHOGM we needed to offer up a blueprint of our mission, this came in the form of an idea for a book that focused on our moonshot aims and objectives. With the help of an incredible team, by 2018, with the credibility of the book in hand, we successfully put poor vision on the CHOGM agenda.

This time our voice was heard. All 53 leaders committed to achieving the aim of ‘quality eyecare for all’. To provide irrefutable evidence on the impact of glasses on achieving the SDGs we conducted a study with workers in India, the results were unequivocal. Workers with glasses saw a 21.7 per cent increase in productivity, more than any other health intervention.

The next move was to push a proposed initiative to the UN General Assembly. Whilst this was a big step, with the formation of Friends of Vision at the UN championed by Ambassador Aubrey Webson, who is legally blind himself, the reality of a resolution began to take shape.

On 23 July 2021, the resolution was passed unanimously by all 193 countries of the United Nations.

What began as a small campaign is now a global movement that has aligned the entire world around a single target of ‘eyecare for all by 2030’ with two new goals set to be added at the next review of the SDGs with specific targets for eyecare.

So, what’s next for Clearly? In 2021, together with the Wellcome Trust, we launched the five-year ENGINE project. ENGINE’s four global trials will produce evidence linking vision to the SDGs, with the aim of promoting policy changes that will lead to safer roads, improved mental health, and enhanced financial inclusion.

Having integrated Clearly with the International Agency for the Prevention of Blindness (IAPB) in January 2021, our momentum is being amplified. Within my role as a global ambassador for the IAPB, my hope is that if we can do this, by the time the first person walks on Mars, the whole world will be able to see it.

Reflecting on our achievements, it is clear we have successfully rattled the cages of the highest offices in the world with the message that vision matters.

James Chen is a UK-based philanthropist, Chairman of the Chen Yet-Sen Family Foundation, and founder of the global campaign ‘Clearly’, which aims to eradicate poor eyesight all over the world.