‘The strong growth of giving has been one of the striking developments in Brazil over the past quarter century,’ announces the foreword to a new report, Brazil Giving 2017, from the Charities Aid Foundation (CAF). 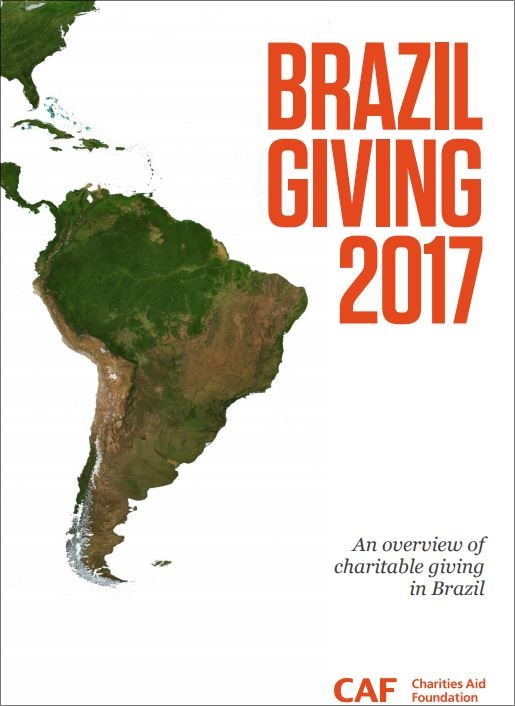 However, there is room for improvement. The 2017 Global Giving Index, also from CAF, put Brazil only a modest 75th out of 139 countries.

What would make Brazilians give more? The short answers, according to Brazil Giving, are more money (59 per cent), more clarity about how the money is spent (51 per cent) and, for the better-off, tax incentives.

Sixty-eight per cent of some 1,300 Brazilians surveyed gave money in 2017, says the new report, which is based on research between July and August last year. Religious organisations were the most common recipients, says the report.

Forty-nine per cent said they had given money to these in the previous 12 months, though not far behind was giving to children (orphans, the seriously ill or those with disabilities) at 42 per cent.

Brazilian donors prefer to give direct to the recipients. The most common method of giving, at 37 per cent of respondents, was actually going to the organisation’s office and donating money. The least common was by text message (3 per cent), though, interestingly, the share of giving online was 20 per cent.

When it comes to young people’s attitude to giving, two other things are worth noting. They are more likely to volunteer than their seniors.

Forty-one per cent of 18-24s had volunteered in the four weeks prior to the research, compared with 25 per cent among the over 55s. Second, around one in 20 younger people surveyed say that they supported human rights protection, including LGBTQ rights, compared to fewer than one in 100 of those aged 55 or over.

Given the difficulty that Brazilian rights organisations experience in finding support, this development is potentially significant.