Reflections of an Alliance intern: Data philanthropy in the digital age

I have wanted to visit London for as long as I can remember. I listened to British music, traced the streets on maps and purchased anything with a Union Jack that I could find. Six months ago, I found out that that dream would soon become a reality as I was accepted into my school’s study and intern abroad program organized through CAPA. 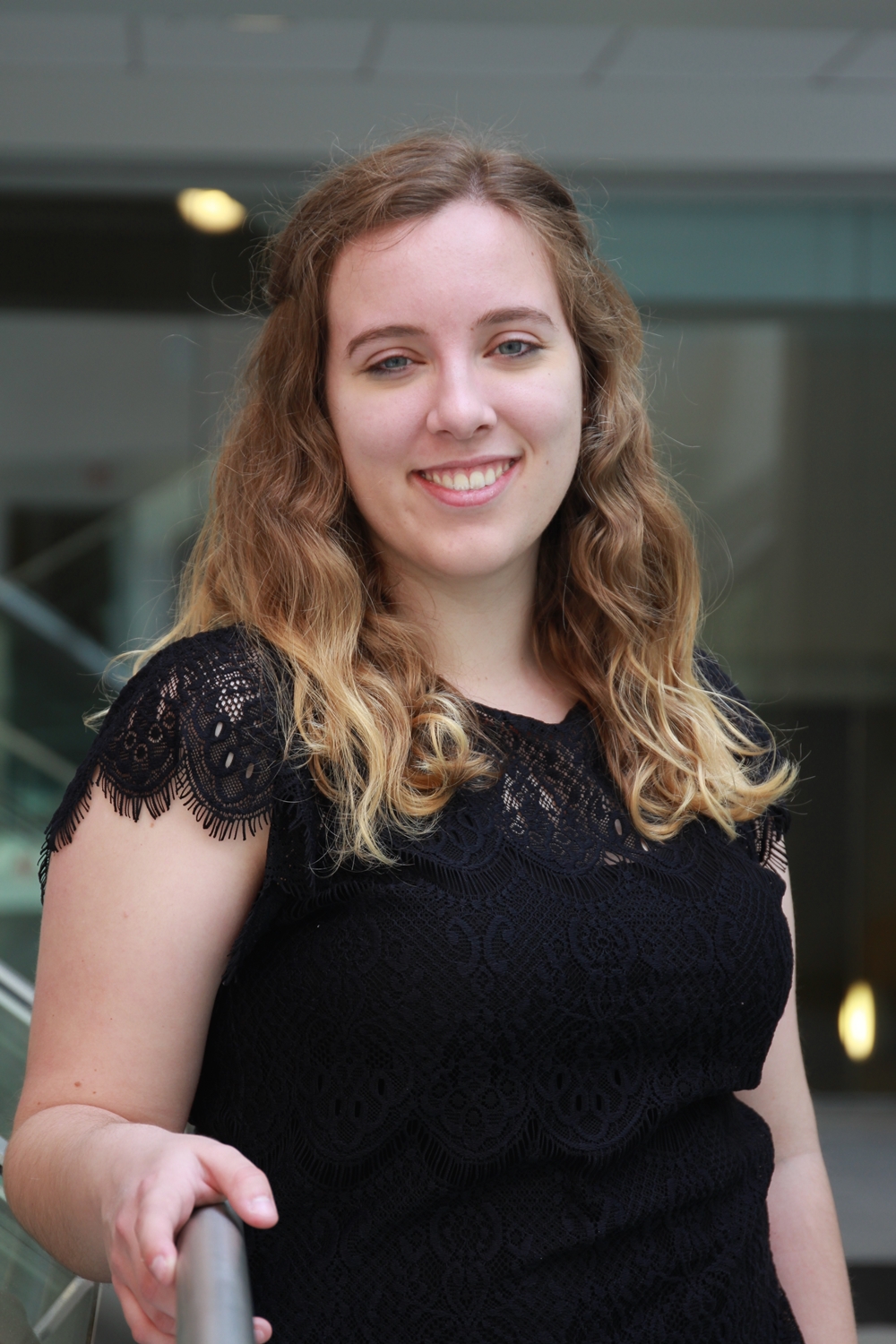 It wasn’t until two weeks before getting on a plane that I found out I would be interning with Alliance magazine. I had absolutely no idea what to expect, which made the journey all the more exciting.

Multiple test runs and a few incorrect trains later, I finally managed to locate the Alliance office on a brick side-street in Clapham, south London. I was welcomed with open arms by a tight-knit team of four. Immediately, I was immersed into the world of philanthropy and social investment, a world which I knew absolutely nothing about.

I was quickly thrown into the action and began to pick up philanthropy terms and practices along the way. The first event I was able to attend with Alliance was the Digital Impact conference, held on 16 June at Imperial College London.

The conference was hosted by Imperial College’s  Data Science Institute and presented by Stanford University’s Digital Civil Society Lab, directed by Lucy Bernholz. I arrived at the event unsure of what to expect, and assumed much of the conversation would be beyond my grasp. However, I was surprised to learn how applicable the topic was to both the third sector and to my role as a journalism student. 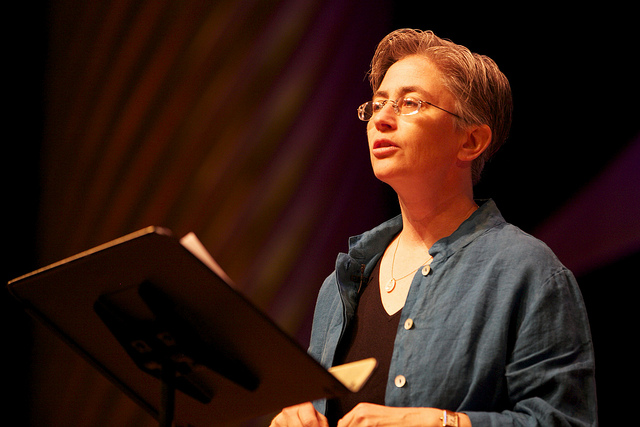 In her opening remarks, Bernholz stated, ‘Digital is here to stay. We have to figure out our responsibilities. Democracy depends on it.’

She was discussing digital in relation to philanthropy but, to me, she easily could have been referencing journalism and mass media in today’s society.

As a journalism student at the University of Missouri, I am taught to think ‘digital first’ – that is, to focus on getting quality content onto our digital platforms as quickly as possible before focusing on the more traditional mediums, and to actively engage with our virtual audiences.

In the US, where the relation between journalists and our government is currently tumultuous at best, I found Bernholz’s statement, that ‘democracy depends on civil society’, particularly striking. Bernholz and several of the panellists addressed questions throughout the event relating to digital dilemmas that foundations and journalists alike often face.

How do you handle and secure data without ‘making vulnerable populations more vulnerable?’ How can digital technologies be used responsibly and adhere to moral and ethical guidelines? 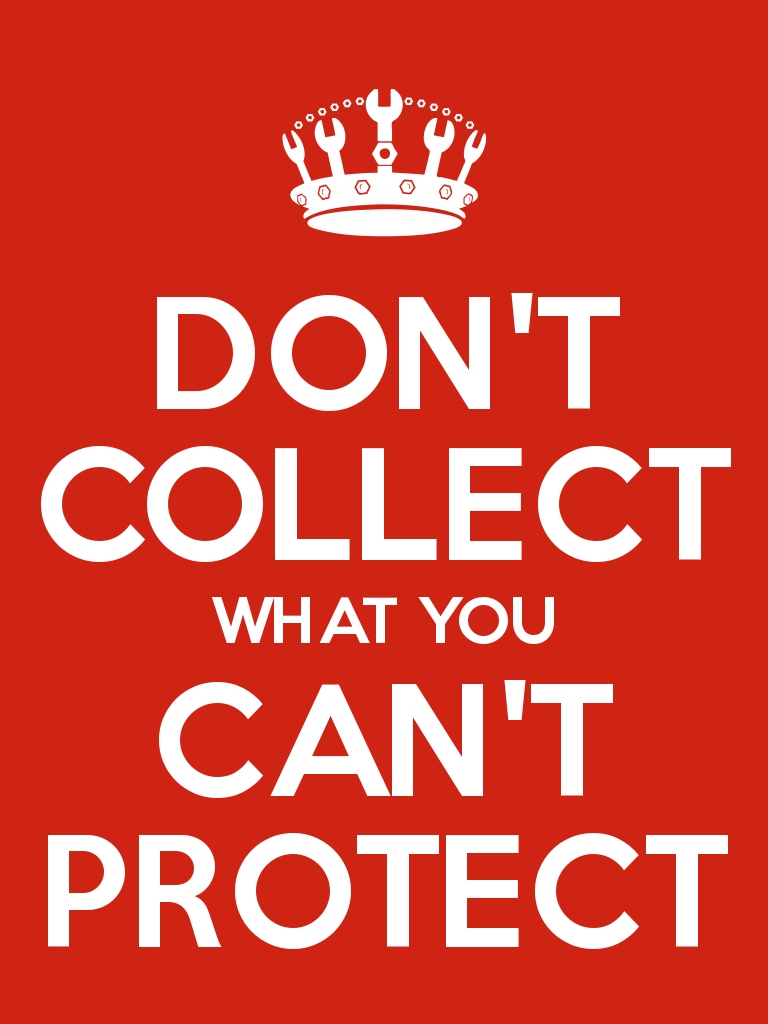 And, perhaps most importantly at a time when data is collected in some form by individuals across the spectrum, how can we realistically begin to rely on citizen-generated data?

These questions relate to foundations and philanthropic organizations on all scales, and are more thoroughly discussed in the realm of data philanthropy.

First, it is crucial to discuss what exactly is meant ‘data philanthropy.’ Foundations whose purpose is to collect and store data for their own purposes? Not exactly. Data philanthropy has been defined by UN Global Pulse as ‘a new form of partnership in which private sector companies share data for public benefit.’ It’s not as much of a type of philanthropy as it is a practice – of sharing vital data for the benefit of the greater good.

The Boston College Center for Corporate Citizenship described the potential benefits of data collection and information sharing in an article titled ‘Data philanthropy: the high-tech future of social impact.’ The article read, in part:

‘Your company’s data…could be as valuable to a community as any grant or volunteer program. For example, corporate data on traffic has been used to help city planners improve infrastructure and reduce congestion, and cell-phone location data was used to understand how human travel affects the spread of malaria.’

While the collection of data can play a significant role in the effectiveness of philanthropic activity, the maintenance and protection of that data is just as important. In the wake of the US presidential election in November 2016, the US was in a position of having to decide how to preserve data on a mass scale. 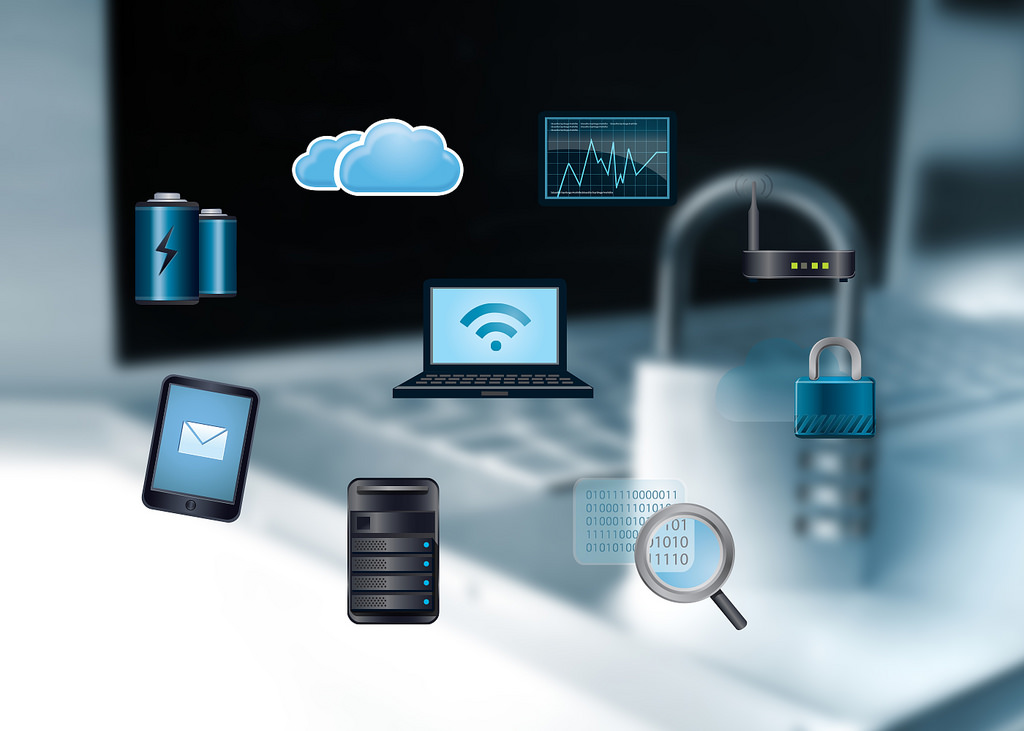 I had a unique perspective, being both a student and a working journalist, as I watched a movement of data collection and preservation take over the nation with a fervour.

Guerrilla archiving – a relatively new term used to describe a movement involving archiving of mass data for fear of deletion or obstruction – began to take place, in an effort to maintain access for non-profits to invaluable research on issues like climate change.

The aim was to store as much information as possible before the government databases and websites were removed by the new administration. This movement was an example of civil society taking action based on its own values and independent from the government, a quality which Bernholz emphasized.

‘This is about your world, your work, right now,’ said Bernholz. ‘How you do it in a way that is ethical and effective, and where it is taking us.’

Panellists Tom Steinberg of Big Lottery Fund and Danny Sriskandarajah of CIVICUS were two of several participants who shared their perspectives throughout the event. Steinberg spoke on the issue of privacy, saying that, ‘even if you have good intentions, privacy isn’t something you can just brush off.’ Sriskandarajah later commented that ‘we’ve ended up privileging those who are better-resourced and better-able.’

The issue of balancing opportunities among groups with varied resources and abilities has long been a challenge for both the philanthropic world and the media sphere. 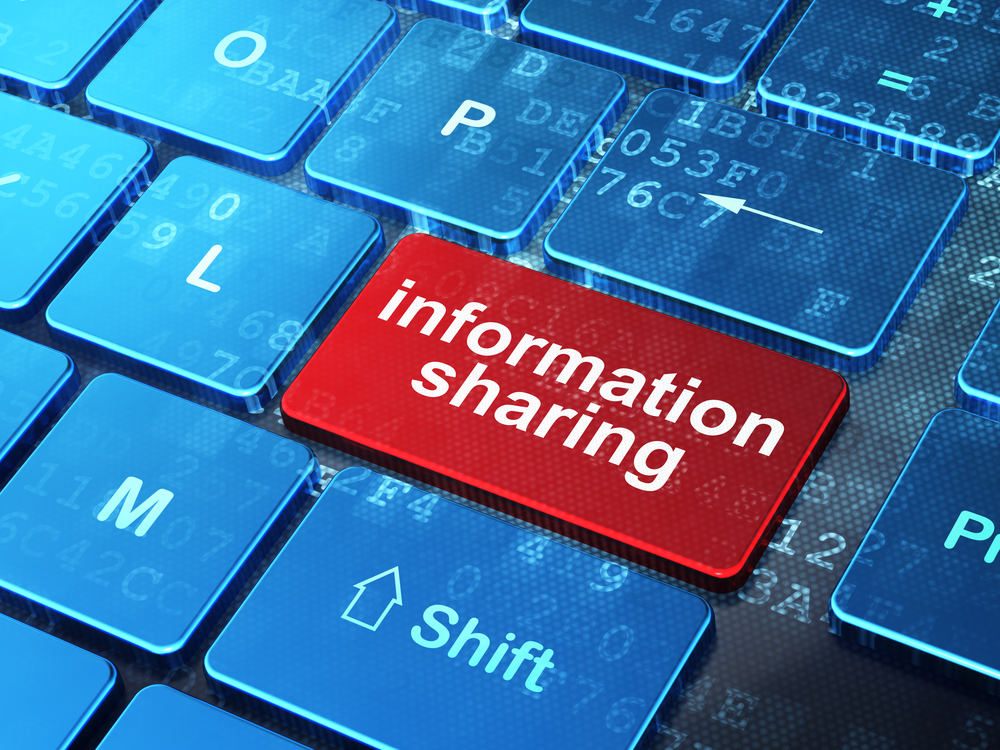 Without equal access to information, the sector cannot expect to function to its best ability. The issue of access is one that is faced with a number of contributing factors, however, ranging from economic class to geographical location.

The act of sharing data among foundations which serve a variety of demographics is an important tool in combatting this unequal balance.

The sharing of data also allows organizations to make comparisons and learn more about the communities which they serve.

Tris Lumley, Director of Innovation and Development at New Philanthropy Capital summed up the importance of data at the Digital Impact conference, speaking in reference to data collected in relation to the criminal justice system. ‘Data about their lived experience is our central currency,’ said Lumley.

One of the resources discussed was GrantNav, run by the organisation 360Giving. The GrantNav site allows individuals to search for and download information across a variety of datasets and utilizes ‘open data published to the 360Giving Standard.’

The database currently has data from more than 125,000 grant recipients in addition to data from funders. The organisation’s mission is to support others in both publishing their grants data and interpreting data provided by other recipients and funders, in order to make more informed grantmaking decisions. 360Giving is working to make grantmaking within the UK ‘more informed, effective and strategic,’ according to their website. 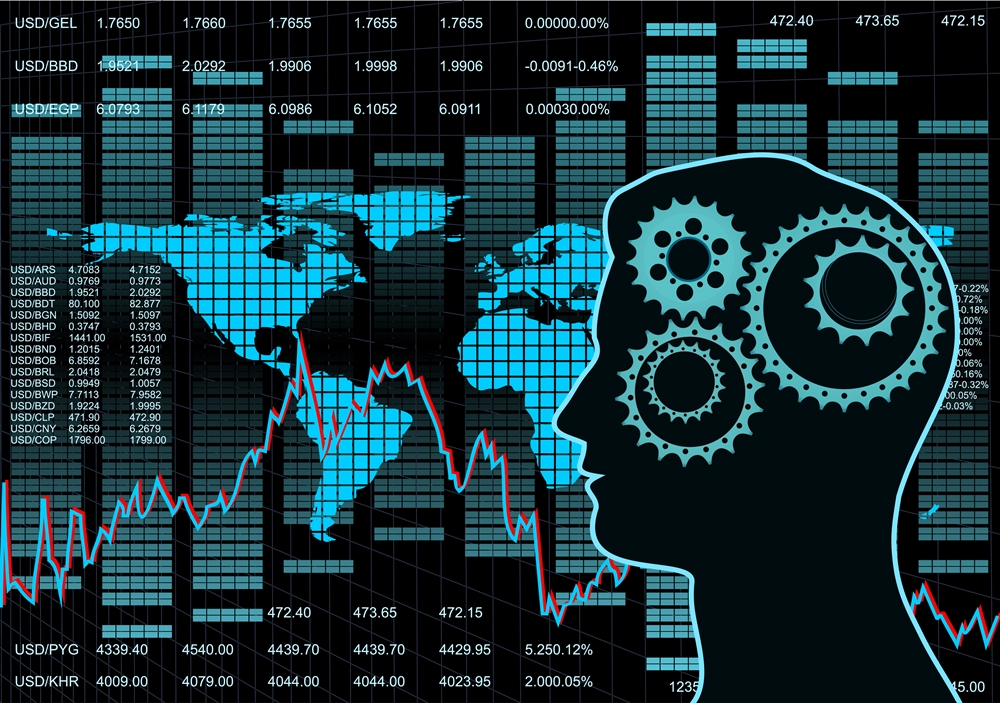 Lumley’s statement resonated with me in the context of the Digital Impact event, but connected even more so with my educational career.

In journalism, stories about individuals’ lived experiences are our central currency. Data, and the patterns which it can reveal, have a role in uncovering those stories.

I have learned more than I ever could have imagined within the past few months, and am thankful for the opportunity to be completely immersed in this new world. While I will not miss the hour-long commute or the ridiculous humidity, I will miss the passion and tenacious work ethic contained within the magazine’s small but mighty team.

Before this internship, I had worked with many traditional news and media organizations with emphasis on the digital front, but with no prior exposure to the world of philanthropy or its impact on the daily lives of the ordinary citizen.

After 10 weeks with Team Alliance, my mind has been opened to the scale on which philanthropy can influence global politics and civil societies, and the impact that digital platforms and data collection can have in influencing societies on all levels.

I have also begun to comprehend how philanthropy media organizations like Alliance have the ability to hold the sector accountable and assist philanthropic organizations and civil societies in understanding the importance and practicality of collecting and maintaining data banks.

I am grateful to have had the opportunity to learn and explore both London and the topic of philanthropy with Alliance, and to have been treated and depended on as another member of the team. 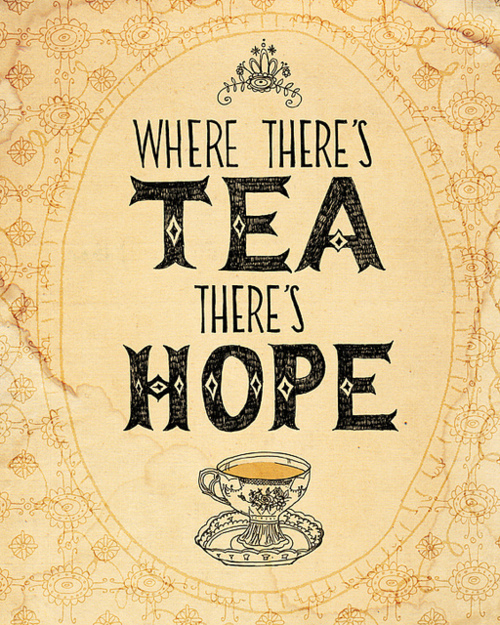 I am amazed at how much I have learned from this group in a three short months, on everything from philanthropic concepts to British culture.

While I’m now back across the pond, I am excited to continue following this changing field and philanthropy’s impact abroad and in my own backyard.

And, above all, I’ll never forget that one crucial question:

Sarah Sabatke is a student at the University of Missouri and was a 2017 editorial intern at Alliance magazine.

Data philanthropy indeed has came up with a bright future for the data scientist.